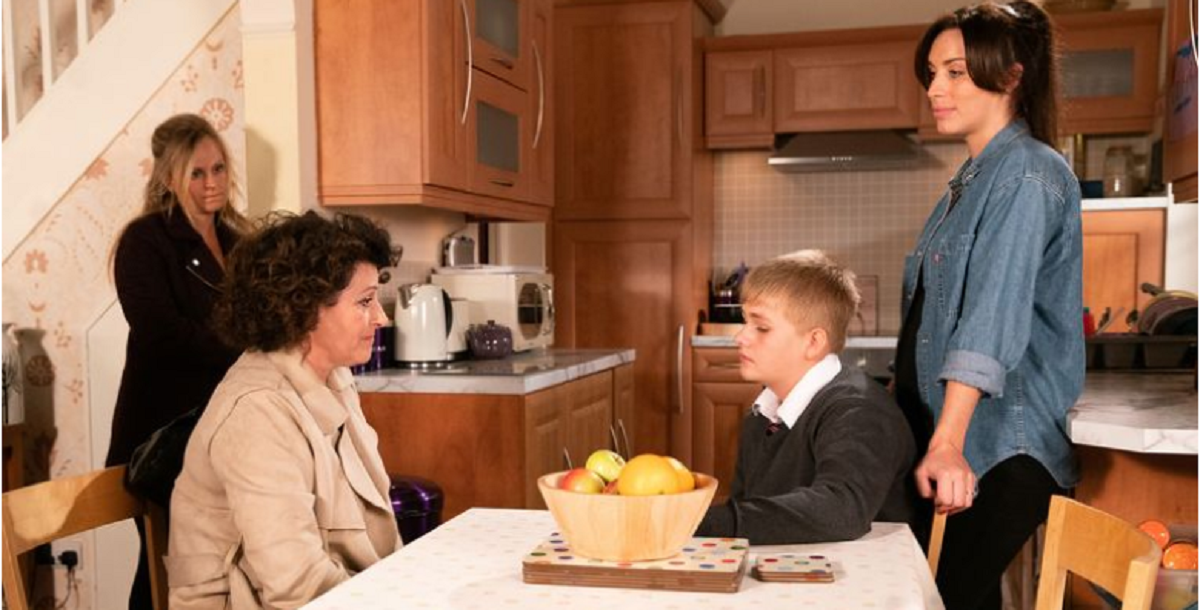 Coronation Street spoilers indicate that Marion Logan (Kerry Peers) will soon suffer a setback as Max Turner (Harry McDermott) will have second thoughts about the future.

As a matter of fact, Marion will receive bad news, despite her attempts to win custody of her beloved grandson. Here’s what you need to know.

Much to Marion’s despair, Max will decide that he is better off living in the Platt house than with his grandmother. He makes this decision despite the tensions that are at home with the family. What’s more, Shona Ramsey (Julia Goulding) will feel hopeful about the situation when Max will stop over and pay her an unexpected visit after he manages to get away from his grandmother.

Coronation Street Spoilers: Gail Shows Bethany A Different Side To Her

Coronation Street spoilers tease that Max will tell Shona that he’s worried about Marion and her intentions and that she’s been consulting lawyers behind everyone’s back. In fact, she wants to take on custody of both he and Harry.

Shona will do everything in her power to ease the young boy’s mind, while also promising him that she will do whatever she can to diffuse the situation. However, there’s only a limited amount that she can do. Shona will also remind him that the final decision will be up to him.

If that weren’t enough, Adam Barlow (Sam Robertson) will also call a meeting with all of the parties involved in the hopes that he can help resolve their issues. But it won’t be that easy.

Coronation Street Spoilers – The Platt House Is No Place For Children

Marion believes that the Platt house is no place for children and will point out that Shona has quite a history of angry outburst and emotional issues. She is adamant that Max is better off with her, arguing that he deserves a better childhood than what the other adults involved are offering.

Happy Saturday. Grab a cuppa, sit back and WATCH our exclusive Preview Clips of what will be a heartbreaking and turbulent week on the Street.

And while Marion feels as though this is a battle she is winning, Max will turn around and tell Shona that he regrets everything that he’s done and that he wants to be a part of their family again. Needless to say, fans will have to tune in to Coronation Street on the ITV network to find out what will happen next!