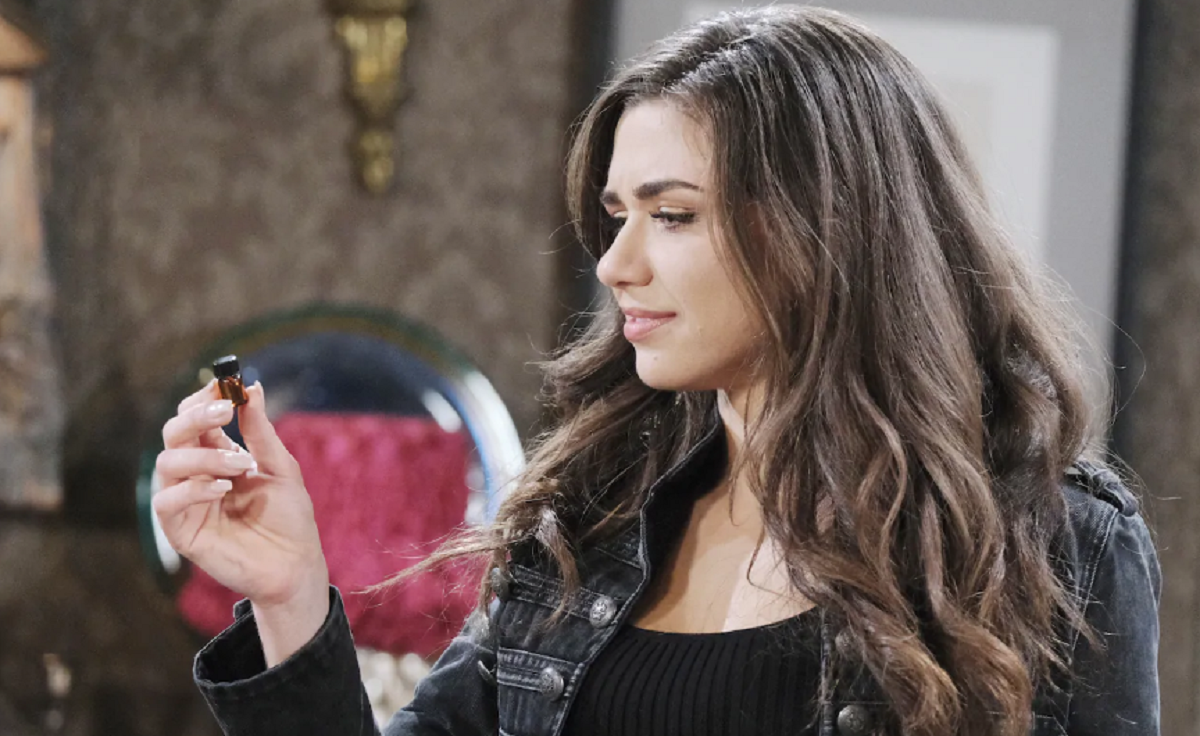 Days of Our Lives (DOOL) spoilers for Tuesday, October 22, tease that Jordan Ridgeway (Chrishell Hartley) will put her plan in motion.

She’ll bake some cupcakes for David Ridgeway’s birthday party, which she invited Ben Weston (Robert Scott Wilson) and Ciara Brady (Victoria Konefal) to attend. Little do they know Jordan’s about to whip up a deadly dessert!

Jordan will make a special cupcake for Ciara – one that’s injected with poison and labeled. However, DOOL fans can expect a moment of panic when this plot briefly goes awry. Arianna Horton (Harper and Sydnee Udell) obviously won’t have a clue about any of this, so she’ll hand David the cupcake meant for Ciara. Once Jordan realizes what Ari’s done, she’ll rush to get the poisoned cupcake away from her son.

Thankfully, Jordan will succeed and the crisis will be averted. Nevertheless, she’ll be adamant about moving forward with this lethal plan. Jordan’s willing to do just about anything to get Ciara out of the picture. Across town, Ben will be excited about this b-day bash. Days of Our Lives spoilers say he’ll build David a toy box and hope all of this marks a turning point for his complicated family.

Ciara will join Ben and praise his hard work. Things will ultimately take a steamy turn, so they’ll definitely remain in a state of bliss. Too bad that bliss will be derailed soon enough! In the meantime, Ciara will ponder something puzzling. She’ll realize Stefano DiMera’s (Joseph Mascolo) portrait is missing, so she’ll wonder who took it and why.

Ciara will likely bring up the portrait’s disappearing act to Ben, but he won’t have any answers either. Days of Our Lives spoilers say Hope Brady’s (Kristian Alfonso) secret will be kept under wraps for now, but more suspicions are on the way.

Days Of Our Lives Spoilers – Dr. Rolf Demands His Flash Drive Back

Kayla Johnson (Mary Beth Evans) and Roman Brady (Josh Taylor) will notice Hope’s behavior is getting weirder and weirder. They’ll have some questions as they try to figure out what’s going on.

Days of Our Lives spoilers say Hope’s Princess Gina transformation is nearing completion. It won’t be long until Dr. Wilhelm Rolf’s (William Utay) plan moves to the next phase. Until then, Dr. Rolf will deliver a fierce threat to Jennifer Horton (Melissa Reeves). He’ll demand his flash drive back and hope he can keep the secrets on it contained. If Jennifer doesn’t cooperate, Dr. Rolf will make sure she regrets it!

The excitement’s about to rev up in Salem, so don’t miss what’s in store. We’ll give you updates as other Days news and rumors emerge. Stick with DOOL and don’t forget to check back often for the latest Days of Our Lives spoilers, rumors, updates and news.