General Hospital Spoilers: Ava Returns To Her Gallery! Will The Haunting Memories Overcome Her? 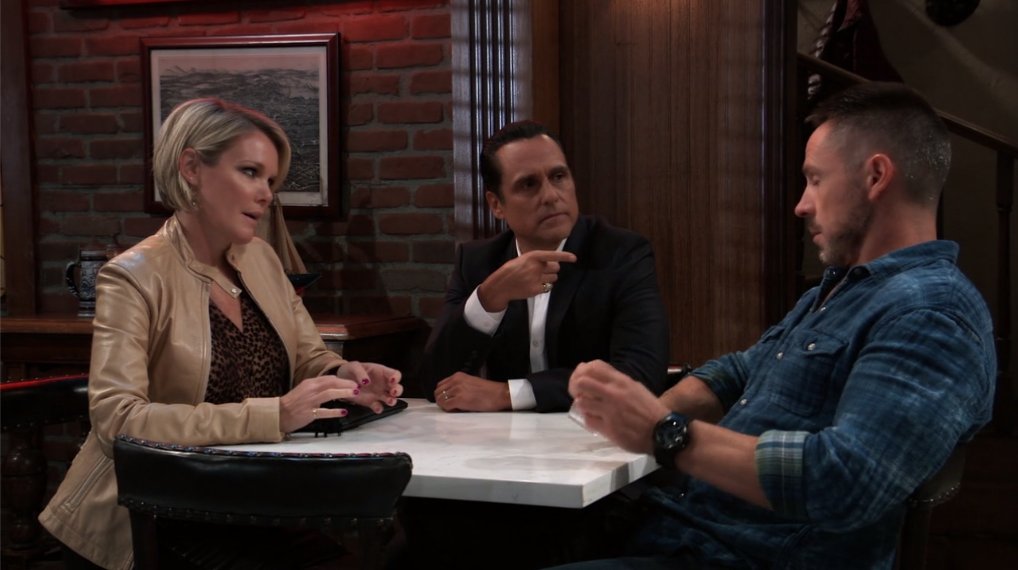 General Hospital spoilers tease that Ava Jerome (Maura West) will finally have a semblance of sanity return and will return to running her art gallery as well, soon on General Hospital!

Viewers will recall that Ava has not been doing so well for the last several months and has not returned to her art gallery business since the beginning of the year, when she helped police capture Ryan Chamberlain (Jon Lindstrom) in her timeshare cabin, only to stab him in the back with his own knife! She managed to escape prosecution for that act, since no one could hardly blame her, and it certainly assured that Ryan wouldn’t escape on the way to justice being served! Since that time, she has been trying to drink her problems away, talk them away, and even consulted psychics to try and talk to her daughter Kiki Jerome (Hayley Erin) which did bring her at least a vivid dream in which the two had a talk about things! Viewers will recall that Ava’s extreme guilt and remorse stems from her having slept with Ryan the first time after he had come from murdering Kiki!

Another reason Ava’s not returned to her art gallery business for such a long time may be because it, too, may hold haunting images for her that she has had a hard time banishing from her memory. After all, not quite a year ago, Ryan beheaded Mary Pat Ingles (Patricia Bethune) and who can forget the image of a torso with a jack o’lantern in place of the head gruesomely smiling at her from her office chair? Viewers may recall that the Floating Rib has only been seen as a place for rest, relaxation and ribs just comparatively recently again, after Ryan had ghoulishly placed Mary Pat’s severed head in an apple bobbing barrel, which Carly Corinthos (Laura Wright) had the terrible experience of bobbing up in her face when she was trying to get an apple!

It’s possible that Ava’s recent collapse into her brother Julian Jerome’s (William DeVry) arms may have been cathartic as well, and she has been in therapy with Dr. Neil Byrne (Joe Flanigan) recently. Perhaps he has been able to help Ava once she opened up to him and has encouraged her to face her fears head on and defeat them. Certainly he understands Ava’s grief over her late daughter more than she could ever realize, although he really could not talk about his own dead daughter, Joanna in any great detail without breaching the boundary between physician and patient, although he may have been able to mention that he too had lost a daughter to death and left it at that without going into great detail. It may be a little difficult for Ava to enter her gallery and open it for business the first time, but it is a great step forward for her!