The Bold and the Beautiful Spoilers: Liam And Steffy Play House With The Girls – How Will Hope React to Betrayal? 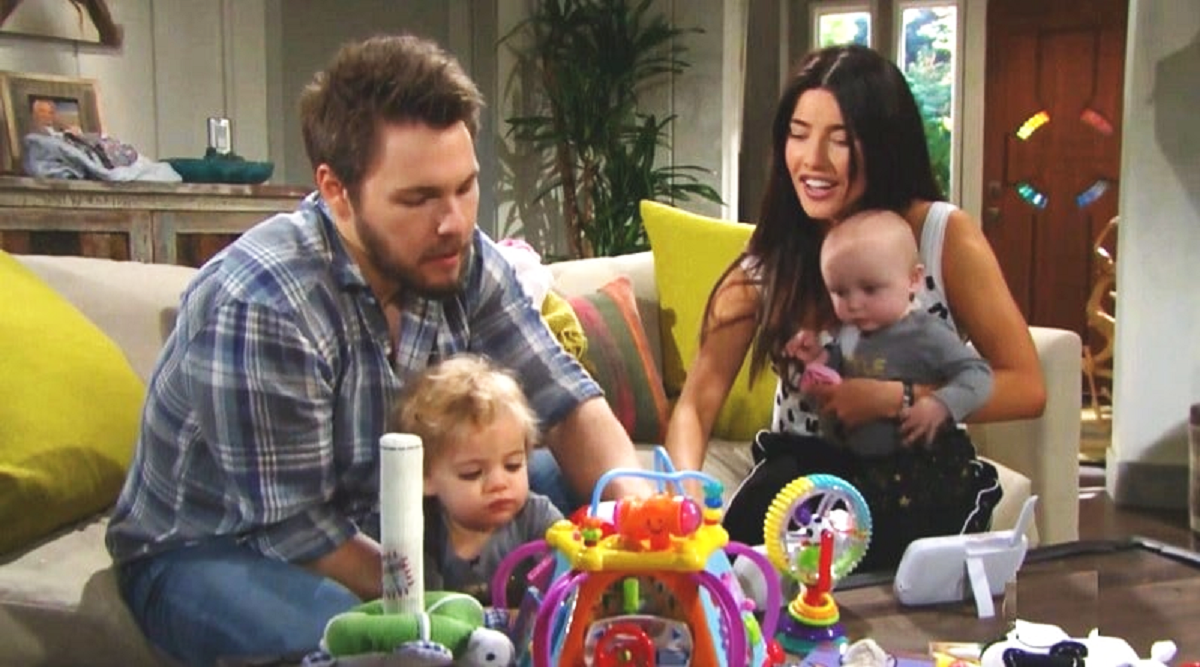 The Bold and the Beautiful spoilers reveal Liam Spencer (Scott Clifton) and Steffy Forrester (Jacqueline MacInnes Wood) reconnect. Spending time together like a family, this surely going to upset Hope Logan (Annika Noelle). What does the future hold for the characters of the CBS soap opera?

B&B spoilers reveal that Hope is already getting jealous of Steffy and Liam’s relationship. Even though the two are no longer together, Liam and Steffy do have a child together. Plus, Liam feels the mother’s pain as she had to give up her adopted daughter after the “PhoeBeth” reveal.

The jealousy will continue as the former couple continue to bond and get closer.

Bold And The Beautiful Spoilers – Liam Spencer Is Conflicted Once Again

After Steffy was honest with her former flame, she realized that Liam was conflicted in his heart. He may currently be with Hope, but he can’t deny wondering what if they had tried again? This seems to be a big hint that the love triangle will lead to surprising revelations about their future.

The Bold and the Beautiful spoilers suggest that Liam and Steffy will play house. While Hope is off trying to manipulate Thomas Forrester (Matthew Atkinson), the former couple reconnects. It happens on Halloween and it is hinted that Liam, Steffy and the kids will enjoy spending time together and establishing a new and stronger bond than before.

Meanwhile, Hope will find herself in danger once Thomas discovers her manipulative deceit.

Bold And The Beautiful Spoilers – Will Lope’s Future Be In Jeopardy?

It is clear that Liam and Hope’s relationship could be short-lived. Despite having a child together, Beth, their romance is going to have some conflict. The more jealous Hope gets, the further she pushes Liam away. If he ends up spending more time with Steffy, it could send Hope into a jealous rage.

It seems to be only a matter of time before Liam must make a choice between the two women again. Will he stay in his current relationship with Hope? Or will he move on and rekindle his former romance with Steffy? Fans will have to keep watching the CBS soap opera to see how this story unfolds.