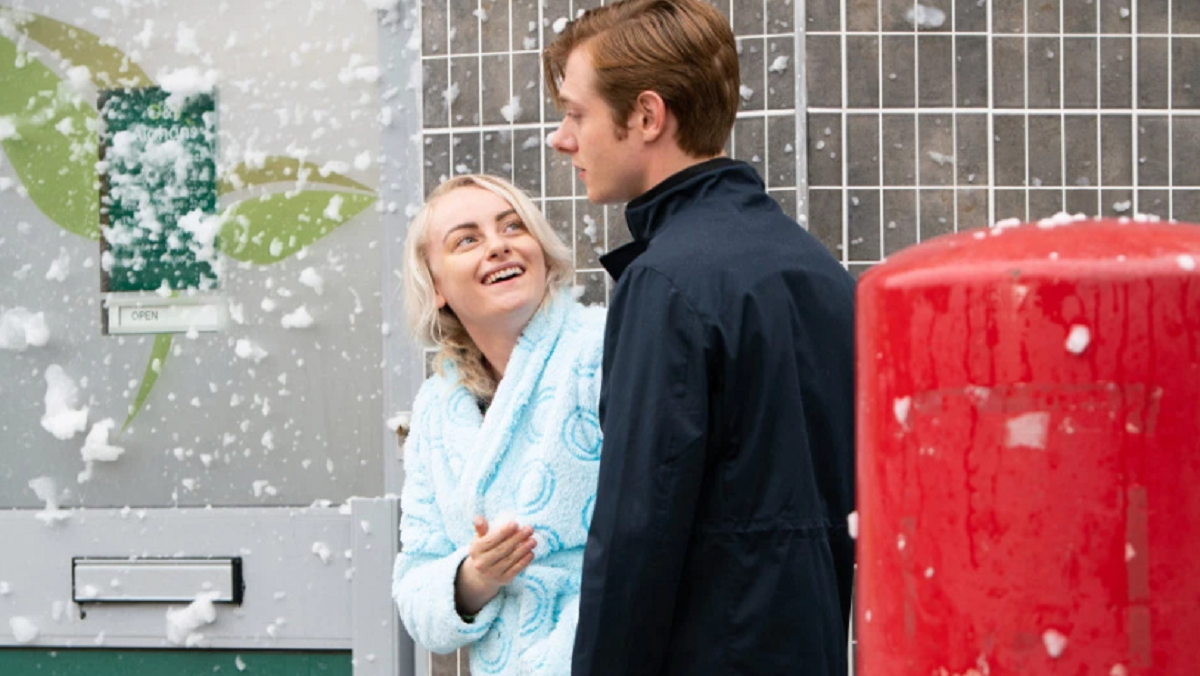 Coronation Street spoilers reveal Daniel Osbourne (Rob Mallard) betrays his wife as she approaches death’s door. The grieving husband isn’t handling the situation well. Expect him to take a downward spiral. As for Katie McGlynn’s final scenes as Sinead Osbourne, the actress discussed her character and the impact the cancer storyline has on viewers.

After an argument with his ailing wife, Daniel runs out — and runs right into Bethany Platt (Lucy Fallon). As fans know, she has become smitten with the soon-to-be-widow. Seeing that he’s upset, Bethany tries to comfort him. In classic soap opera fashion, the comfort soon turns into something more intimate. Daniel and Bethany kiss, but are caught in the act.

Coronation Street spoilers tease that later, Sinead is looking for her notebook. However, she doesn’t find her own, but Bethany’s. She begins to look through it and is dismayed and shocked by what she finds written down. It is clear that Bethany has feelings for Daniel.

Later, Sinead confronts her husband about her discovery. She eventually forces him to admit to the truth. However, she doesn’t have the luxury of time, which means she doesn’t want to spend it angry with Daniel.

Coronation Street Spoilers: Gail Shows Bethany A Different Side To Her

Daniel has tried to remain strong and optimistic during Sinead’s diagnosis and treatment. Now that she has been given a death sentence, he is having trouble coping. Expect him to take a downward spiral and he even turns to booze in order to numb the pain.

Sinead will forgive her husband for his betrayal and lapse in judgement. She doesn’t want to spend her last moments angry or bitter. However, she does have Daniel make her a promise. She needs to be able to trust him because he’s going to be raising their young son, Bertie. Sinead has to know that he is up to the challenge and can handle it.

When Sinead takes her final breath, Daniel is where he should be — holding her in his arms. Prepare for some heartbreaking, emotional and gut-wrenching scenes.

Being on television can provide opportunities to spread awareness and educate viewers on various topics. This is happening with Sinead’s cancer storyline. Katie McGlynn shared the impact Sinead’s story has on fans.

“I’ve already had messages from young girls who have gone for a smear test as a result of this storyline and some of them have found precancerous cells.”

As for her final scenes on Corrie, Inside Soap shared that the actress said she hasn’t cried so much in her life. It seems that the exit storyline has not only led to an emotional response from viewers, but from the cast as well. Be sure to tune in to catch up on everything happening on Corrie right now. Come back here often for Coronation Street spoilers, updates, news, and rumors!