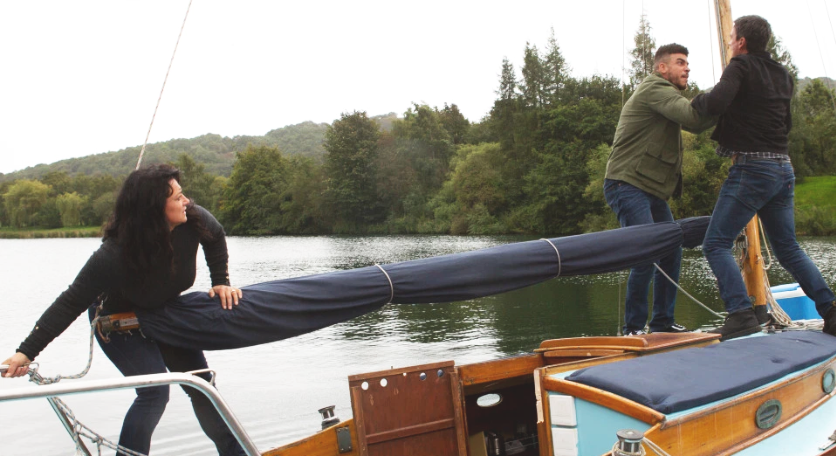 Emmerdale spoilers reveal Nate Robinson (Jurell Carter) and Moira Dingle’s (Natalie J. Robb) secret is out. Cain Dingle’s (Jeff Hordley) rage turns into a sinister scheme as he lures the secret lovers out for a fishing trip. However, they are in for a shock as things get explosive. Will the betrayal lead to fatalities?

Fans have been waiting for quite some time for Nate and Moira’s secret to come out. The secret lovers have experienced a few close calls. However, they don’t realize that someone has informed Cain of their extracurricular activities.

The person who shared Nate and Moira’s affair is none other than Pete Barton (Anthony Quinlan). Naturally, Cain is filled with rage. He can’t believe the level of betrayal and is determined to get revenge. Viewers debated on how Cain would react. Most predicted that Cain would be furious and would seek justice. That is exactly what is going to happen. In fact, the payback scheme is teased to reach an “explosive climax.”

Emmerdale spoilers reveal that after the initial shock, Cain comes up with a deliberately violent plan. He lures Nate and Moira on a fishing boat. Unknown to the forbidden lovers, Cain has stowed a can of fuel on the boat.

Jurell Carter spoke about the upcoming scene, teasing that Nate and Cain go head-to-head in combat. Fighting over the woman they love, expect things to get grisley.

“Nate eventually snaps and tells Cain straight up, I’ve slept with your wife and goes in to detail. It’s very twisted, very explosive.”

Speaking to Metro, Jeff Hordley discussed his character and hinted what viewers can expect in the violent scene.

“Nate is younger, fitter, stronger, taller but they are fairly equally matched as Cain is very fired up – he finds this inner strength to exact his anger and his frustrations certainly come out. I can say that trouble on the boat certainly happens and Moira gets caught up in it too.”

As for Moira, she tries to stop the two men from killing each other in the brutal brawl. However, she just gets in the way and is knocked out of the boat. According to The Sun, Moira ends up trapped underwater.. Meanwhile, a petrol canister gets knocked over, which creates an explosion.

Will Moira get free before she drowns? Will Cain and Nate survive the explosion or do the characters literally fight to the death? Keep watching the soap to find out how this storyline ends.