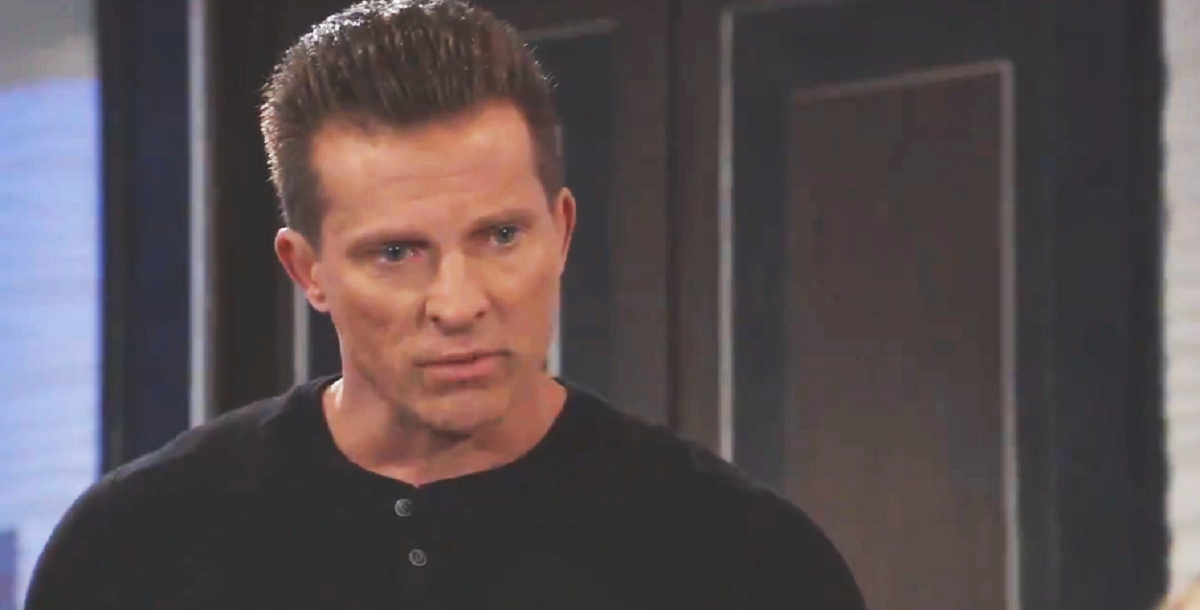 General Hospital’s Trina Robinson (Sydney McKayla) and Josslyn Jacks (Eden McCoy) are talking to Dustin Phillips (Mark Lawson) about a dance chaperone. Cameron Webber (William Lipton) arrives and hopes he can save Franco Baldwin (Roger Howarth). Jocelyn talks to Dustin about her journal. Jocelyn doesn’t need to replace her friends with a journal. Trina tells Cameron he needs to stop making Franco out to be a saint. Trina tells Cameron that Franco will be back soon and be irritating Cameron again. Dustin thinks Jocelyn should spend more time with her friends to have more to write about in her journal.

General Hospital’s Ava Jerome (Maura West) hears her door rattling as someone tries to come into the apartment. Julian Jerome (William DeVry) beats on the door and tells Ava to let him in. Julian has brought Ava breakfast. Julian believes Ava is overreacting. Julian believes Ava is paranoid because of her drinking. Ava says someone is watching her, he believes she is imagining things. Julian understands Ava’s reaction. Ava doesn’t need to let this defeat her like this. Ava says Julian is the one who can’t face reality. Kevin Collins (Jon Lindstrom) arrives to speak to Ava.

General Hospital Spoilers: Who Is Stalking Laura And Ava?

Ava says Ryan shows up behind her back with a butcher knife. Kevin reminds Ava that she stabbed Ryan the last time. Ava decides to go to work and thanks Kevin for his help. Ava tells Kevin to thank Laura for her. Ava closes the door and begins to clear things up in the living room. Ava says Ryan didn’t beat her and never will.

Jason Morgan (Steve Burton) approaches Franco to see if he remembers something as Drew Cain (Billy Miller). Jason tells Drew about Bryce Henderson (Brian Gross) and Drew’s crash. Jason thinks Franco can confirm what ties all of this together. Franco tells Jason that he met Peter August once. Franco says he had a sense of déjà vu when he met Peter. Jason asks if Franco has any idea where he thinks he met him before.

General Hospital’s Jason wants to speak to Ryan. Jason wants to speak to Ryan to see if Bryce mentioned a name. Jason cannot give Laura or Kevin any more information. Kevin tells Jason that Ryan wouldn’t give him any information. Laura promises to call the warden and then call her back. Laura is going to talk to the warden before going to court. Kevin tells Laura that Franco presents himself as a man who thinks he is Drew.

Laura comments about how calm Kevin is when talking about Ryan. Laura believes Ava needs someone to talk to about her issues. Laura feels like Ava is sinking. Kevin doesn’t think Ryan will give up going after Ava until it destroys her. Robert and Laura catch up. Robert wouldn’t choose Port Charles to settle down in. Laura wants to know if Robert is going to make this a permanent job.

General Hospital’s Hayden talks to Liz Webber (Rebecca Herbst) at the hospital. Liz is headed to court after meeting Scott Baldwin (Kin Shriner). Curtis Ashford (Donnell Turner) shows up and speaks to Hayden. Hayden has to leave for breakfast with Finn. Curtis is there if Hayden needs to talk. Liz talks to Scott about the most important days of her and Franco’s lives. Scott has something to say to Liz. Scott gives Liz his speech he was going to give at her party. Hayden text Finn to order coffee for her but gets a call before she can meet him. Curtis arrives and speaks to Finn.

General Hospital Spoilers: Alexis Is Duped! Will She Find The Culprit? https://t.co/jzi76sE2UH pic.twitter.com/hn0L9vxZsM

Curtis asks where Hayden is, Finn says she didn’t show. Curtis says he might have tipped Hayden off that something is wrong. Finn gets a phone call and needs to go to the hospital. Finn tells Curtis to make sure Hayden doesn’t skip town again. Liz speaks to Julian about Kim Nero (Tamara Braun). Julian has something he needs to tell Liz about Kim. Julian feels like Kim needs help and this is the only way to get it. Finn arrives and Hayden tells him the patient is her daughter.