The Bold and the Beautiful Spoilers: Thomas And Zoe! Will They Will Be The New Villainous Duo? 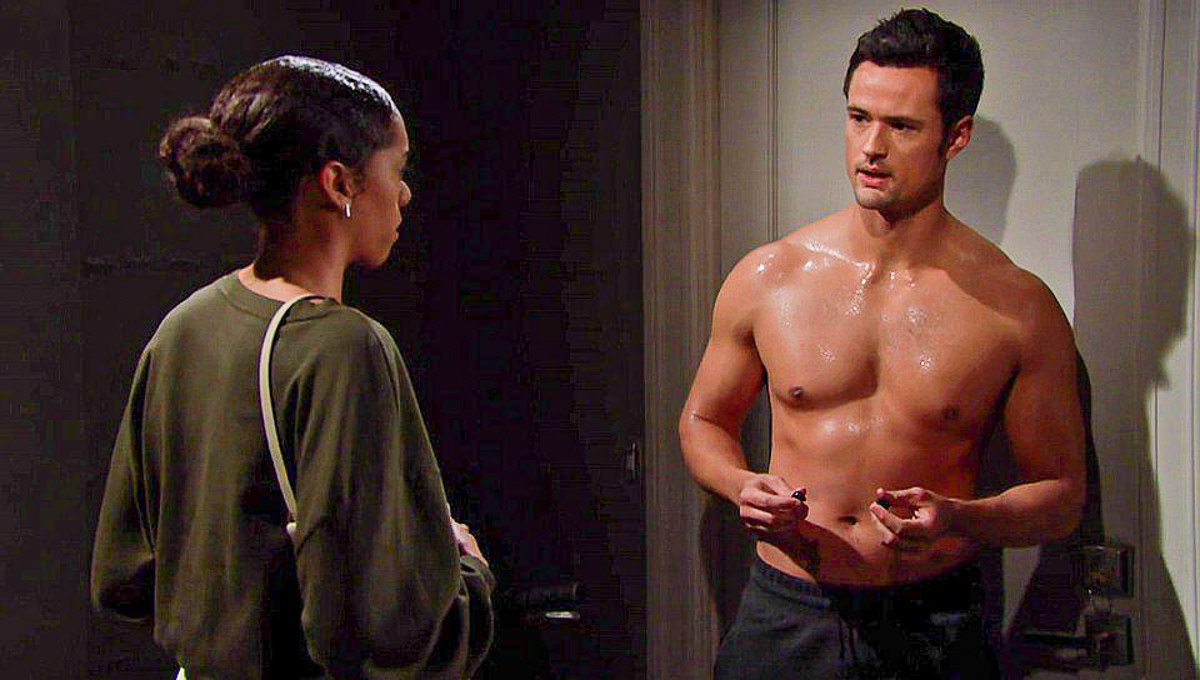 The Bold and the Beautiful spoilers tease that there might in fact be one person in this fictional town of Los Angeles that is willing to vouch for Thomas Forrester (Matthew Atkinson), and that would be Zoe Buckingham (Kiara Barnes). As a matter of fact, the two are going to build a rather unlikely alliance in the coming weeks as Thomas will apparently ask Zoe to move in with him. Here’s what you need to know.

The Bold and the Beautiful Spoilers: Zoe Buckingham Is Back

Matthew Atkinson, who plays Thomas Forrester on the hit CBS soap, recently told Soaps in Depth in a new interview, “Thomas didn’t have many people in the know with him while people were keeping that big secret. There were only a handful of people and the only person who didn’t oppose Thomas was Zoe. She was the only one who understood what all of this coming out meant and she stayed away from it, whereas Flo threw Thomas under the bus immediately. Zoe was the only one who actually stuck by his side and because of that, there’s a sense of camaraderie he has with her. Seeing her in Vinny’s apartment building is a surprise and they compare notes. These are two people who never really talked much while everything was going on, but, I think, understood each other.”

Of course, one of the reasons why Zoe didn’t say anything was because she wanted to protect her father, Reese Buckingham (Wayne Brady), as he was the person who orchestrated the entire baby swap between Hope Logan (Annika Noelle) and Steffy Forrester (Jacqueline MacInnes Wood). What’s more, she also knew that there were some serious implications for herself and that’s why she kept quiet. Needless to say, once the truth came out, Zoe got dragged under the bus just like everyone else. Ridge Forrester (Thorsten Kaye) immediately fired her from Forrester Creations.

So, does this mean that Zoe and Thomas are going to be the new villainous duo that is going to cause hell for everyone else? Perhaps. If there’s one thing they have in common, it’s the fact that they both want revenge! Fans will find out soon enough!