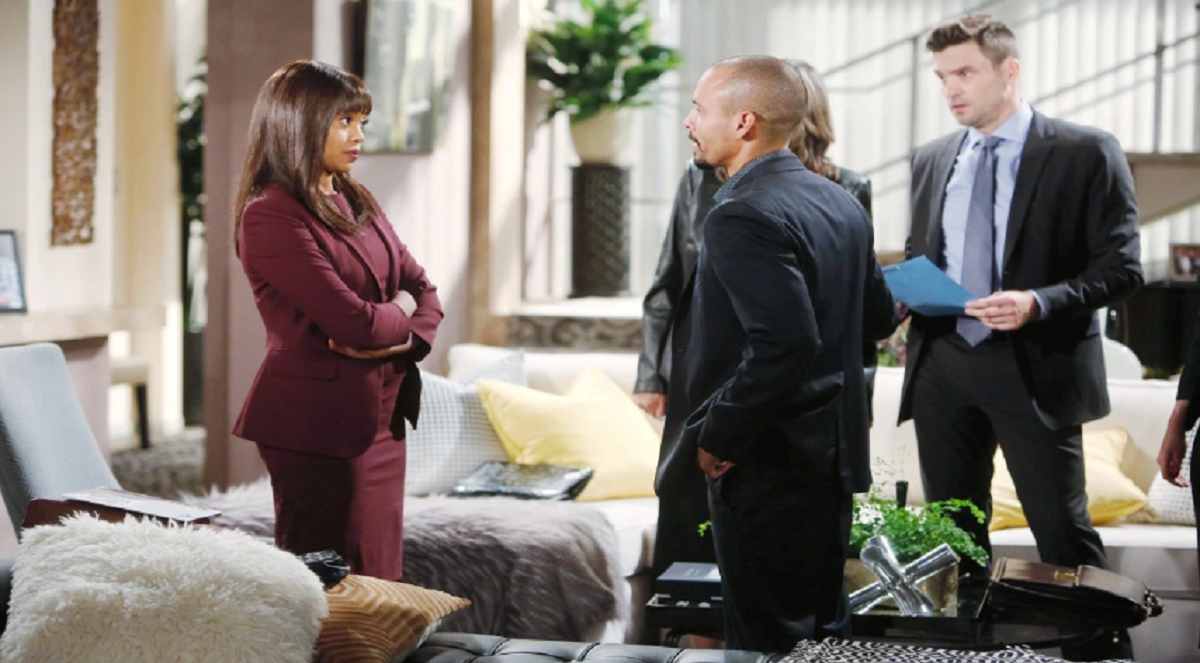 The Young and the Restless spoilers for Wednesday, October 23, tease that Adam Newman (Mark Grossman) and Nick Newman (Joshua Morrow) will return to Nick’s house. Chelsea Lawson (Melissa Claire Egan) will update them on how Connor Newman (Judah Mackey) is doing. He’ll be asleep but will wake up when Adam checks on him.

Adam will tell Connor that he loves him and that he left because he thought it was best, but that he was wrong. He’ll promise to stick around from now on and to be the dad that Connor deserves. Connor will ask his father if he can move in with him, and Adam will say that it’s Chelsea’s decision. She’ll agree, which will thrill Connor.

Chelsea will tell Adam privately that this is a temporary move, and later Chelsea and Nick will discuss. Nick won’t be happy about the decision, but he’ll still support her in the decision that she made. She’ll decide to take Connor to Adam’s place alone.

Young The Restless Spoilers – Connor Newman Reconnects With His Father

Next on Y&R, Phyllis Summers (Michelle Stafford) will be alone at Adam’s penthouse when Adam arrives and tells her that she needs to leave. She’ll learn that Connor will be moving in. Soon, Connor and Chelsea will arrive, and Phyllis will depart after telling Connor to listen to his dad. Adam will promise Chelsea that he’ll make sure that Connor behaves, and that he’ll be the kind of father that his son deserves.

Later Connor and Adam will play video games together, and Adam will assure Connor that he never stopped loving hm. Adam will sign Connor’s cast and say that they’ll be inseparable. Meanwhile, Chelsea will arrive home and tell Nick that she had to let Connor go stay with Adam, or else she’d have lost him forever.

Next on Y&R, Mariah Copeland (Camryn Grimes) will catch up with Sharon Newman (Sharon Case) at Crimson Lights. They’ll discuss a new client she signed as well as what’s going on with Rey Rosales (Jordi Vilasuso). Rey will then arrive, and Mariah will leave to give them some space. Rey and Sharon will then make plans for another date before Rey has to go. Mariah will return and remark that Sharon and Rey have a real shot at something here.

Meanwhile, Nate Hastings (Sean Dominic) and Elena Dawson (Brytni Sarpy) will chat about work, and she’ll say that she’s avoiding going home because of the situation with Katherine Chancellor’s (Jeanne Cooper) will.

Next on Y&R, Jill Abbott (Jess Walton) and Cane Ashby (Daniel Goddard) will be chatting at The Grand Phoenix when they see Amanda Sinclair (Mishael Morgan) walking by. Cane will think that they should inform her about what they discovered about the will pages, but Jill will disagree. She’ll call Devon Hamilton (Bryton James) but he’ll actually hang up on Jill when she wants to discuss the will. Then he’ll text her asking them to meet.

Later, at Devon’s penthouse, Jill, Cane, Amanda, and Devon will meet. Jill and Cane will present Devon with the original will pages and the forensic expert’s report showing that the pages naming Devon as heir were forged, and the ones naming Cane as heir are authentic. Amanda and Jill will trade barbs, and Jill and Cane will reassure Devon about how much Katherine loved him.

Later, Nate and Elena will arrive, and Devon will explain that Katherine picked Cane to inherit her fortune rather than a blood relative. He’ll admit that he doesn’t know what to do now. Nate will wonder what Neil Winters (Kristoff St. John) would say about all of this.

Meanwhile, Cane and Jill will chat at Crimson Lights, and Jill will wonder if Cane will let the matter go if Devon decides to do nothing about what’s happened.

Finally, on Wednesday’s new episode of Y&R, Phyllis will run into Amanda at The Grand Phoenix, and she’ll tell her to say hello to her new neighbor. Be sure to tune in on Wednesday to catch up on everything happening on Y&R right now. Check Hollywood Hiccups often for updates, news, rumors, and spoilers!