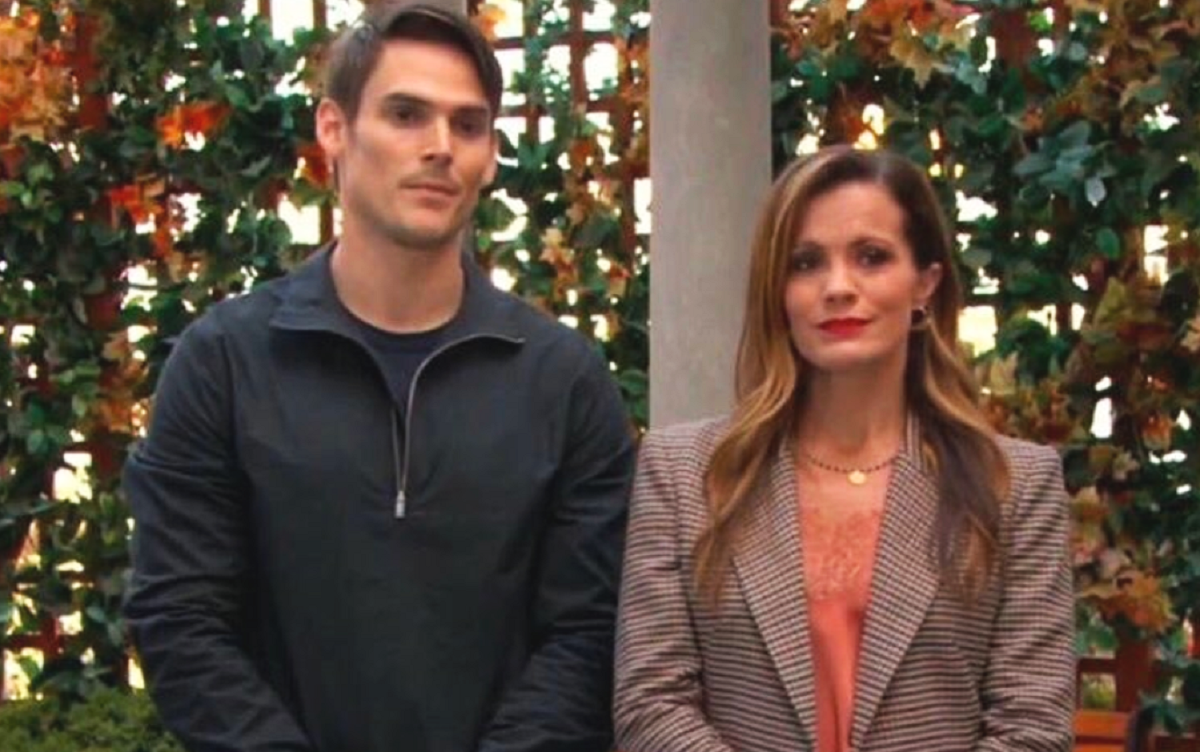 The Young and The Restless spoilers tease that Chelsea Newman (Melissa Claire Egan) will need to make a tough decision soon. Would she go back to Adam Newman (Mark Grossman) if it meant their son Connor Newman (Judah Mackey) would heal and stop his violent acting out?

Chelsea is willing to do almost anything for her troubled little boy, and that included sending her boyfriend Nick Newman (Joshua Morrow) to Las Vegas to hunt down Connor’s father, Adam. She wants Nick to bring Adam back to Genoa City to help reassure Connor that Adam does love him and is not rejecting him.

Of course, with Adam feeling sorry for himself, it may be difficult for him to convince Connor. He hadn’t felt like he was good enough for his own son. But children can pick up on phoniness and bad attitudes in adults like no one else can. They haven’t learned the defense mechanisms that adults try to hide behind and can see right through them.

Young And The Restless Spoilers – Connor Newman Has Acted Out Violently

Chelsea knows Adam can be both destructive to others and self-destructive as well, and fears seeing these same traits developing in their little boy. And moreover, feels like she herself is a failure because she can’t help Connor with his emotional problems.

Young And The Restless Spoilers: Victor Shows A Softer Side – Is It A Real Change Or A Big Con?

Connor has acted out in a violent manner, hitting a boy smaller than him and starting a fight with him, and locking his younger brother Christian Newman (Alex Wilson) in the garage, with no lights on because he was “whiny”. Poor Christian was crying and frightened when Nick found him and Connor lied about locking him in there to both Chelsea and Nick at first.

Connor has also sassed back at his mother and uncle, and disrespected them, calling them liars. He has had a lot of loss and confusion in his life lately. He lost his stepfather Calvin Boudreau (John Burke) who he was close to, and then his grandfather Victor Newman (Eric Braeden) faked his own death. The last straw was when his father, Adam, suddenly left town when he was growing clower to him and looking to him as his support system.

He won’t be satisfied with only seeing his daddy when it’s his daddy’s turn to be with him. Will Chelsea be desperate enough to make that tough choice and reconcile with Adam for the sake of Connor?