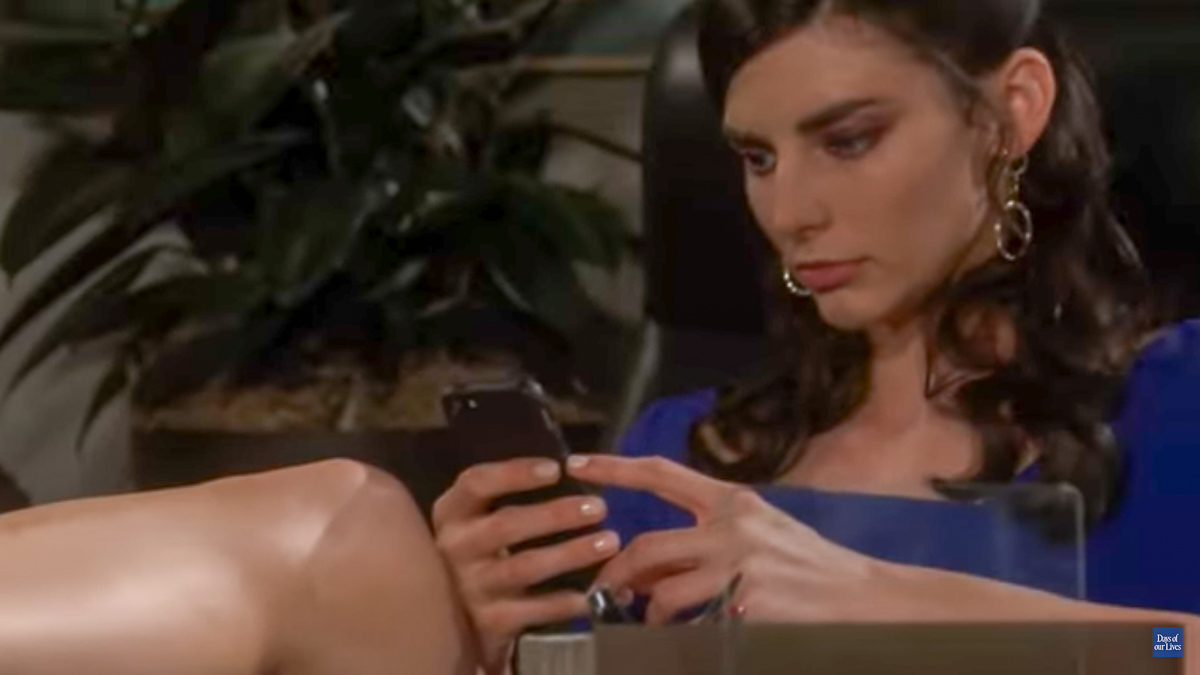 Days of Our Lives spoilers reveal what is happening with “Chabby” while they are away from Salem. On the digital companion series Chad & Abby in Paris, it seems Juliette (Rachele Schank) hasn’t given up trying to break up the couple. Keep reading to get all the details.

Ever since Juliette first appeared on Chad & Abby in Paris, she has been after Chad DiMera. She even schemed to get him alone in a hotel room with only one bed. Then, she proceeded to strip down to her lingerie. Thankfully, Chad rejected her advances, but it comes at a price.

On the most recent episode of the digital spin-off, Juliette tries to sabotage DiMera Enterprises. She knows that this will bring an angry Chad right to her apartment door. In fact, she admits that there is a price for Chad rejecting her. Then, she begins her plan to destroy “Chabby.”

Days of Our Lives spoilers tease that Juliette may have figured out a way to split up Chad and Abigail. She gives him a drink that is laced with a drug. It knocks the CEO unconscious. Then, she strips him down naked and puts him on her bed. Juliette makes sure to rumple the sheets so it looks like they just had a wild romp in bed.

DOOL spoilers indicate that Juliette begins the next phase of her plan. She has to figure out a way to get Abigail to her apartment so she can see Chad in a compromising position. She waits until it’s way past quitting time, knowing that Abigail will look for her husband. The worried wife ends up finding Chad’s last known location from Juliette’s workplace accomplice. It turns out that it is Juliette’s apartment.

Next, Abigail knocks on Juliette’s door. When it is opened, the temptress acts surprised to see Mrs. DiMera. Then, Abigail looks toward the bed and sees her husband passed out naked, sprawled out.

Could this be the end of “Chabby” or will Abigail know that it is just another one of Juliette’s schemes?

Be sure to tune in to catch up on everything happening on DOOL right now. Come back here often for Days of Our Lives spoilers, updates, news, and rumors