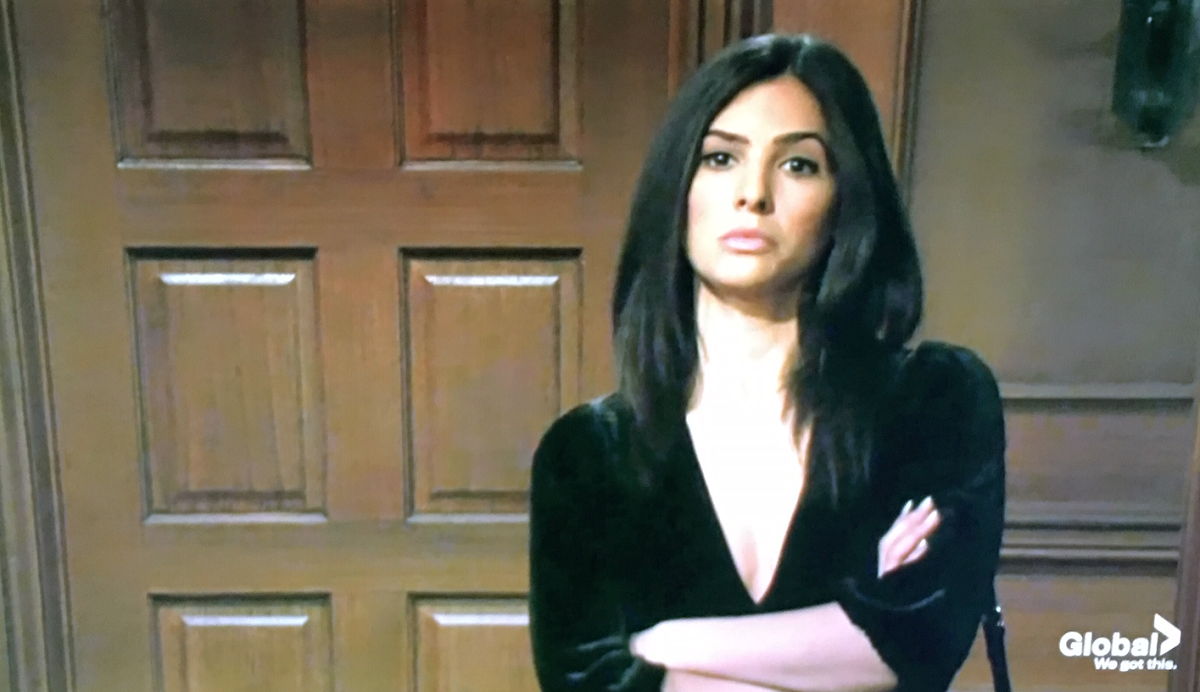 Days of Our Lives (DOOL) spoilers for Thursday, October 24, tease that Brady Black (Eric Martsolf) will wake up to a shocker. He’ll be in bed with Kristen DiMera (Stacy Haiduk), but there’ll probably be a less than sizzling explanation. DOOL fans know Kristen asked Brady for some platonic companionship, so he settled in next to her for some TV.

There’s a good chance Brady will realize he simply fell asleep next to Kristen, but the experience will still be unsettling. Brady will feel even closer to Kristen, so he’ll remain torn between his head and his heart. He can’t help but bond with Kristen as the mother of his child, but he can’t forget her many mistakes either.

Nevertheless, Brady’s heart will win out for the time being. He certainly won’t be ready for a romantic reunion yet, but he will show his support for Kristen. Days of Our Lives spoilers say Kristen will insist on attending her brother’s funeral.

Although Kristen didn’t know Stefan DiMera (Brandon Barash) all that well, they were both DiMeras and that means something to her. Kristen won’t let their complicated relationship get in the way of honoring Stefan’s memory.

Brady will do his best to be there for Kristen and make her feel cared for. Days of Our Lives spoilers say Kristen will adore all the attention. She’ll feel like she’s reeling Brady in, and it certainly sounds like she’s doing just that!

Over with Gabi DiMera (Camila Banus), she’ll mourn this difficult loss and do her best to tell Stefan goodbye. Gabi will also vow to avenge he husband’s death, which means Lani Price (Sal Stowers) had better watch out.

Days Of Our Lives Spoilers – Jennifer Horton Puzzled Over Disappearance

Meanwhile, Jack Deveraux (Matthew Ashford) will slip out of his hotel suite after spending the night with Jennifer Horton (Melissa Reeves). Days spoilers say he’ll put a sneaky plan in motion, which will lead him to the Horton house. Jack will find Jennifer’s old engagement ring, so he’ll pick up some scones on his way back and place the ring inside one of them.

Jennifer will be puzzled over Jack’s sudden disappearance, but any concerns she might have will quickly melt away. Jack will leave Jennifer stunned when she opens the scone and reveals the engagement ring. After Jack pops he question, Jennifer will happily agree to become his wife once again.

It sounds like another great episode’s coming up. We’ll give you updates as other Days news and rumors emerge. Stick with DOOL and don’t forget to check back often for the latest Days of Our Lives spoilers, rumors, updates and news.