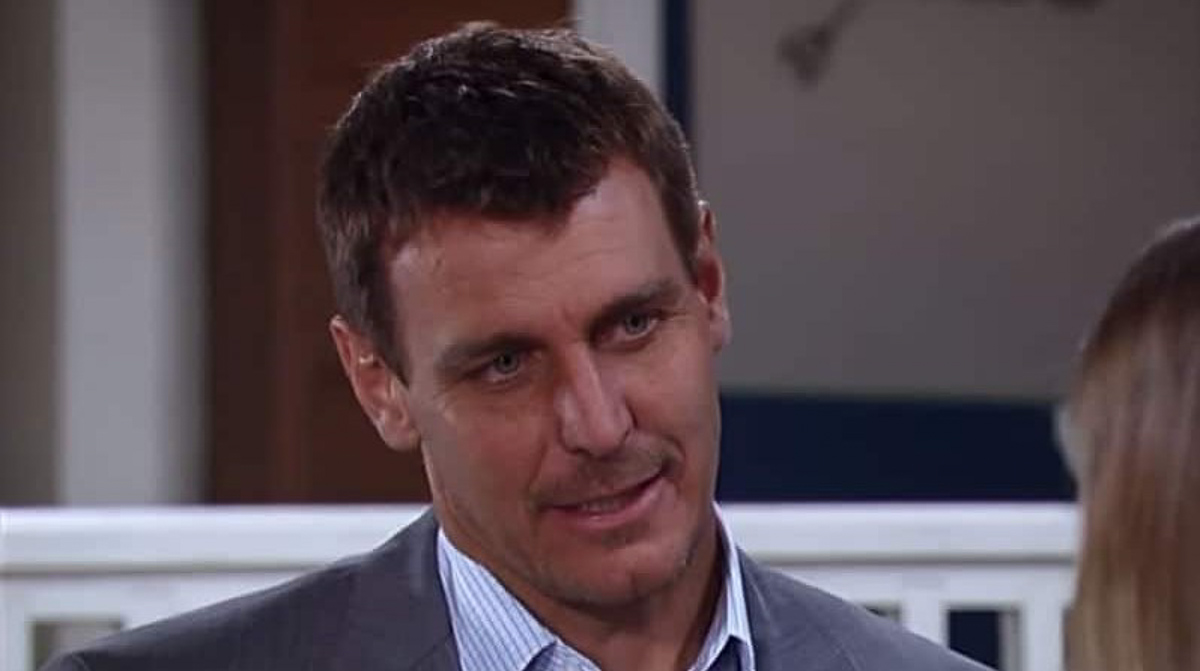 General Hospital spoilers tease that Jasper Jacks’ (Ingo Rademacher) secret partner is about to be revealed in upcoming episodes of General Hospital – and it may not be who fans think it is!

It has been assumed that Jax’s partner is the true Cassadine heir, and that the true heir wants to take down Valentin Cassadine (James Patrick Stuart) and expose him as a fraud who swooped in to take the estate and killed Nikolas Cassadine (most recently Nick Stabile) in order to do it. But there has been just as many hints in the General Hospital scripts to support the idea that Valentin didn’t kill Nikolas, but only helped him fake his death; and rather than taking the estate out from under him, they may have made a deal to split it and Valentin is managing everything while Nikolas gets his affairs worked out that contributed to his feeling he needed to fake his death, or until the statute of limitations runs out.

Viewers will recall that Valentin tried to take Spencer Cassadine (Nicolas Bechtel) out of school and with him when he first came to Port Charles, before becoming involved with Nina Reeves (Cynthia Watros). He was prevented from doing so by Sonny Corinthos (Maurice Benard) but some GH fans think he was trying to take Spencer to Nikolas in hiding! Therefore, because of that, and many hints in more recent episodes that Nikolas is alive, there is the assumption that Nikolas is Jax’s partner.

There is one big problem with the theory that Nikolas is Jax’s secret partner; even though Nikolas may well be alive somewhere, and in danger, as psychic Chelsea Lam (Jen Ray) told Laura Collins (Genie Francis), it is doubtful that Jax would take Nik on as a partner for anything, and with good reason; longtime viewers will recall that Spencer Cassadine is the product of an affair between Nikolas and Courtney Matthews (Alicia Leigh Willis) when Courtney was married to Jax!

There is bad blood between the two men because of that! There was even a battle between the two over who was Spencer’s father until a paternity test revealed it was Nikolas! Spencer, on the other hand, is a teenager and not legal age to be a partner, although Jax may be indeed advocating for him to receive what he is legally due as the true heir, believing that Nikolas is dead. It is more likely that Nikolas was the person who abducted Cassandra Pierce (Jessica Tuck) in route from the Canadian clinic where Dr. Hamilton Finn (Michael Easton) brought her out of the coma caused by Nina stabbing her with her own syringe in self-defense, and intercepted her on the way back to the WSB facility. Perhaps Nikolas, like Ryan Chamberlain (Jon Lindstrom) is working for the DVX!

General Hospital Spoilers – So Who Is Jasper Jacks’ Partner?

So who is Jax’s partner? It’s certainly not Cassandra, he only has a file on her because she could help him bring down Valentin! Spencer is not likely his partner, although Jax may be advocating for him as the true Cassadine heir, believing Nikolas to be dead. Hayden Barnes (Rebecca Budig) would still be Nikolas’ legal wife since they were not divorced when he supposedly died, and he has not been declared dead only presumed dead. That, taking all those factors into consideration, points to Hayden being Jax’s partner after all, even though he said he only hired her for her accounting skills and because she knows her way around Wyndemere!

Could Hayden really be after the estate that should have gone to Spencer? The question is, can a Cassadine widow even inherit? Maybe that is why she’s looking for the codicil – maybe that contains an amendment that a widow can inherit, and she’s convinced Jax that she’s advocating for Spencer along with him!