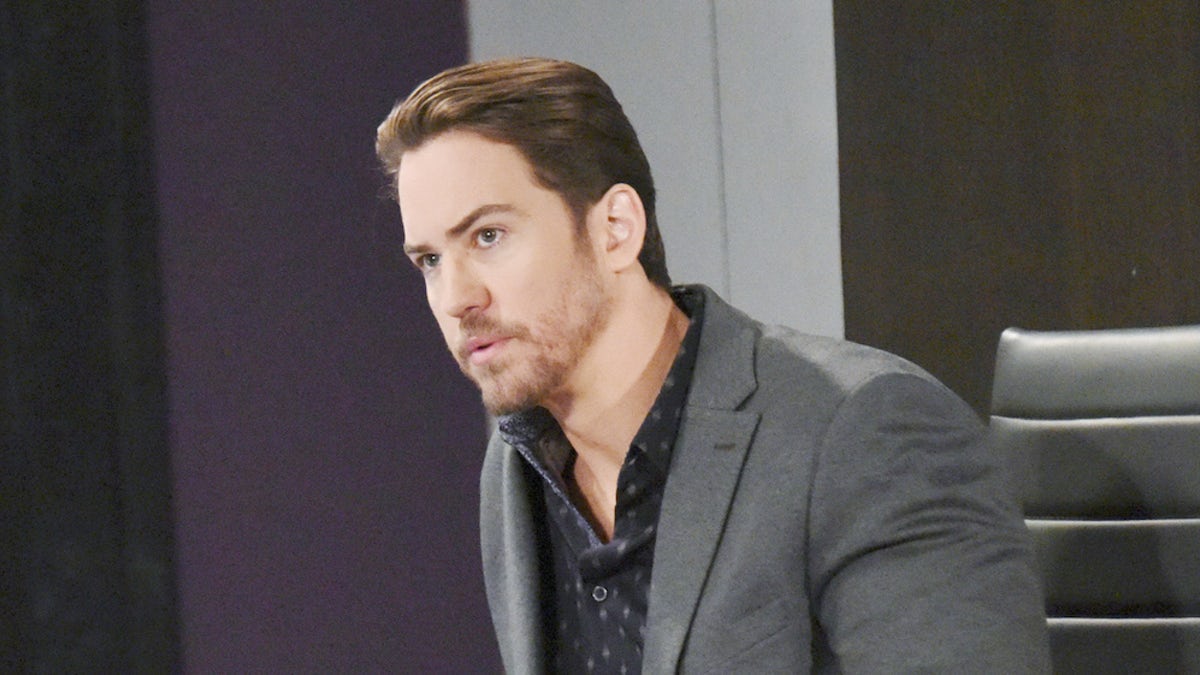 General Hospital (GH) spoilers tease that Peter August’s (Wes Ramsey) downfall is coming up before long. Jason Morgan (Steve Burton) didn’t exactly get confirmation that Peter was behind Sam McCall (Kelly Monaco) was responsible for Sam’s frame-up for the murder of David Henry Archer, AKA Shiloh (Coby Ryan McLaughlin). Sam did kill Shiloh, but it was self-defense. But Peter has manufactured evidence against Sam so Peter’s involvement with the shady cult leader remain hidden.

As fate would have it, Ryan murdered Jason’s source of information

Before the guard who helped free Shiloh could change his story and make a deal with authorities he had the unfortunate luck of being Ryan Chamberlain’s (Jon Lindstrom) cell mate. The guard made of sexual remark about the photo of Ava Jerome (Maura West) that Kevin has on his wall. Ryan did what Ryan always does when he needs to either protect himself or Ava, he murdered the guard before he could recant his story that Sam McCall had contacted him to free Shiloh from the prison van so she could kill him herself. It was actually Peter who set up Shiloh’s escape and he was planning to arrive at the Haunted Star to give Shiloh money so he could leave town. It’s unclear if Peter was actually going to give him the money or if he was planning to kill Shiloh.

But Jason is a great detective

Jason is a great investigator and he will certain recruit Damian Spinelli (Bradford Anderson) to additional aid. Spinelli is already on a mission to expose Peter, so this will only make him work harder to get Peter out of Maxie Jones (Kirsten Storms) life. Peter is very aware that he could lose Maxie if the truth comes out. So once the walls begin to close in, he will most likely try to whisk her away from Port Charles so that he can tell her on his own terms, unless he doesn’t plan for them to come back. Maxie would not be on board with leaving Port Charles though. But a nice, romantic getaway would certainly be a plan.

Maxie has a lot of friends

But Maxie has a lot of friends that will surely be able to get the information to her once she is gone. She is also fairly connected to social media and the latest Port Charles happenings. If she finds out that way, she may realized she is trapped and along with a man she doesn’t know as well she thought. A cat and mouse game would then begin, with Maxie desperately trying to find a way to get away before Peter realized she knows the truth. Peter has been willing to kill to protect his secrets in the past, but would he kill Maxie?

It looks like some dangerous times are coming up in Port Charles so be sure to stay turned to General Hospital weekdays on ABC. And check back here for all the latest General Hospital news, information and spoilers!