The Bold and the Beautiful Spoilers: Thursday, October 24 – Ridge Is Blindsided By Brooke’s Actions – Wyatt Talks With Bill About His Feelings For Flo 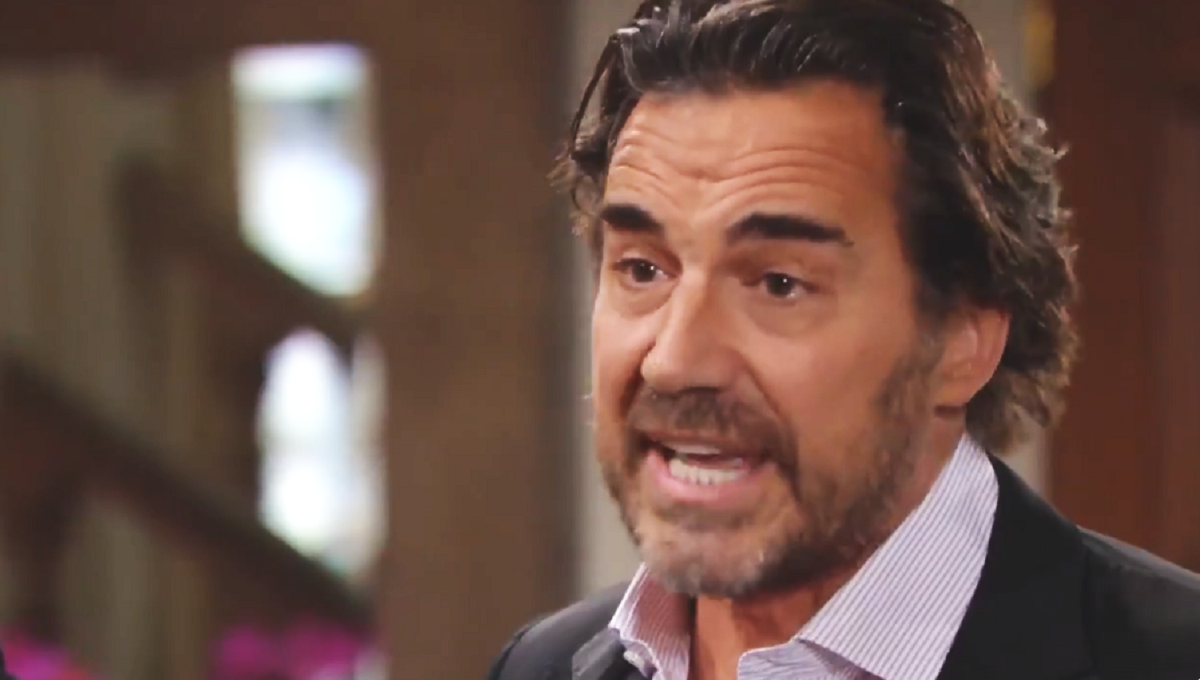 The Bold and the Beautiful spoilers for Thursday, October 24, tease that Ridge Forrester (Thorsten Kaye) will be totally blindsided.

B&B viewers will remember that Thomas Forrester (Matthew Atkinson) rushed to the mansion when he realized that Brooke Forrester (Katherine Kelly Lang) and Hope Logan (Annika Noelle) were trying to take Douglas Forrester (Henry Joseph Samiri) from him. And he’s just had an emotional conversation with Hope during which she asked him to relinquish custody of Douglas so that she could adopt him.

Ridge Forrester Gets Some Shocking News

Well, it seems that Ridge will soon get wind of what’s going on at the mansion, as B&B spoilers say that he’ll soon show up and learn about the plot to get Thomas to allow Douglas to be adopted by Hope and Liam Spencer (Scott Clifton). Ridge won’t be at all amused with what’s been going on, and he’ll express his displeasure with the situation.

But he’ll be completely surprised when he learns that Brooke was the one who had the adoption and termination-of-parental-rights papers drawn up. According to B&B spoilers, he’ll be furious over the revelation, and a major showdown will be on the horizon.

Meanwhile, on Thursday’s episode of B&B, Wyatt Spencer (Darin Brooks) will get a visit from his father Bill Spencer (Don Diamont). The two men will no doubt catch up about how Katie Logan (Heather Tom) is doing, and Wyatt will express his happiness over the fact that Katie got a donor kidney and is now on the mend.

But Bill will have another reason for visiting as well. He’ll let Wyatt know that Quinn Forrester (Rena Sofer) recently came to him with a big request. It seems that she’ll have asked Bill to meddle in Wyatt’s relationship with Sally Spectra (Courtney Hope). As B&B viewers know, Quinn doesn’t like Sally and doesn’t want her in a relationship with Wyatt, let alone engaged to him.

It doesn’t look like Bill is actually going to meddle as Quinn requested, but he and Wyatt will have a candid conversation about his relationship status. Bill will probably be wondering just what Wyatt thinks about Flo Fulton (Katrina Bowden) these days, especially since Flo was revealed to be Katie’s kidney donor. Of course, B&B viewers know that Wyatt recently visited with Flo after finding out her donor status. The two reconnected and had a good conversation.

The Bold and the Beautiful spoilers indicate that Bill will reveal to Wyatt that his opinion of Flo has changed for the better. Bill was previously determined to make sure that Flo paid for her role in what happened to Beth Spencer (River Davidson and Madeline Valdez), but he’ll have come to see Flo differently since she saved Katie’s life.

It looks like all of this will get Wyatt really thinking about where things stand with Sally and Flo. Of course, Wyatt loves Sally and probably won’t regret asking her to marry him, but it does complicate things now that his feelings about Flo have become more positive.

Wyatt might start to feel like he could have a future with Flo, and that could get him really thinking about whether being engaged to Sally right now is the best idea.