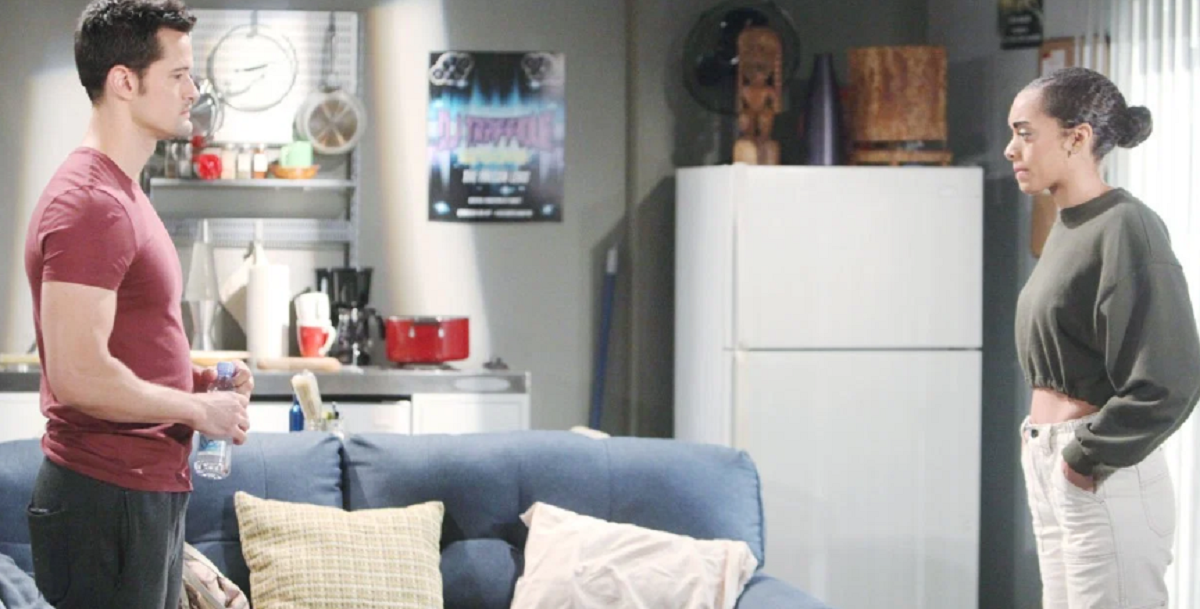 The Bold and the Beautiful spoilers suggest that Zoe Buckingham (Kiara Barnes) might be developing feelings for Thomas Forrester (Matthew Atkinson) already. In a conversation with Vinny Walker (Joe LoCicero), the two gushed over Thomas’ positive traits. Could this be a romance in the making?

B&B spoilers confirm Vinny’s reaction upon finding out that he has a new roommate. He came back from visiting his girlfriend to see a strange woman in his apartment. Vinny and Zoe introduced themselves and the young woman explained what she was doing there.

She offered to leave so Vinny could have back his personal space. However, Vinny told her that wasn’t necessary and suggested she stay. In the meantime, he could spend more time with his significant other.

Bold And The Beautiful Spoilers – Zoe Buckingham Gushes Over Her Savior

The Bold and the Beautiful spoilers tease that Vinny and Zoe gushed over Thomas. They commented on what a great friend he was. It seemed to be a hint that Zoe might be already developing feelings for the troubled young man. Fans couldn’t ignore the look on her face when she spoke about Thomas.

Vinny and Zoe began listing all of Thomas’ positive traits. That he was a great friend, his drive and determination to get what he wants. There is no losing when you have Thomas in your corner. Plus, they started talking about his creative gift.

B&B spoilers suggest that Thomas and Zoe might end up becoming a couple. A relationship is definitely not on Thomas’ mind right now.

Bold And The Beautiful Spoilers – Is This A New Romance In The Works?

He is too busy dealing with the Logans, Douglas Forrester (Henry Joseph Samiri) and Forrester Creations. However, that doesn’t mean the two won’t get closer as the weeks go by.

What did you think of Vinny and Zoe gushing over Thomas? Are the writers setting it up so that Thomas might have a new love interest in the near future? Could Zoe end up being the next woman in his life?