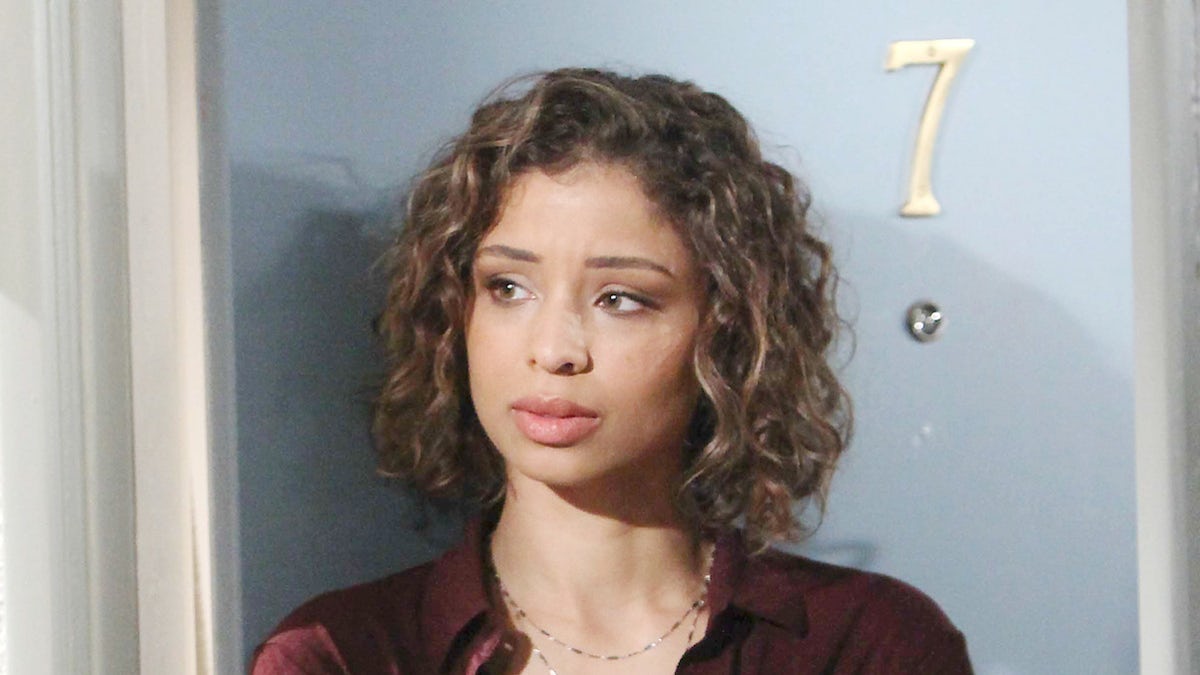 The Young and the Restless spoilers for Thursday, October 24, tease that Devon Hamilton (Bryton James) and Elena Dawson (Brytni Sarpy) will chat at the penthouse, but he’ll be distracted by the will issue and the moral quandary that he’s now in. Elena will reassure him that she doesn’t love him for his money. She’ll then get a call and step away.

Next on Y&R, Nate Hastings (Sean Dominic) will stop by Devon’s place and try to help Devon with his moral dilemma. Elena will then come back crying because she just found out that Jett Slade (Gilbert Glenn Brown) may have cancer. They’ll decide that she’ll go to visit him, and while Devon makes her travel arrangements, she’ll talk with Nate, who will promise to take care of Devon while she’s away.

The Young and the Restless Spoilers: Kola’s Future On The Line – Theo And Summer Stir Up Drama?

Before Elena leaves, Devon will want to know what she would do if she were in his place, but she’ll hesitate to weigh in on the matter. He’ll say that he just doesn’t know if he’s morally obligated to give the things he spent money on to Cane Ashby (Daniel Goddard), and he’ll say that he doesn’t trust Cane. She’ll urge him to discuss the matter with Lily Winters (Christel Khalil).

Young And The Restless Spoilers: Billy Abbott Learns That Adam Newman Is Back

Next on Y&R, Billy Abbott (Jason Thompson) will surprise Victoria Newman (Amelia Heinle) at Newman Enterprises. He’ll have found some Halloween costumes for the kids, and they’ll discuss that as well as Adam Newman’s (Mark Grossman) return. Victoria will be worried about the effect that his return could have on Billy, but Billy will reassure her. He’ll explain that he’s been going to therapy and isn’t having revenge fantasies.

Meanwhile, at Jabot, Kyle Abbott (Michael Mealor) and Summer Newman (Hunter King) will be hard at work, then talk will turn to Kyle’s house hunting. In conversation, he’ll bring up the house that Nick Newman (Joshua Morrow) was going to give them as a present, and things will get a bit uncomfortable for a moment. Billy will then come in and they’ll update him on work matters.

Later, Kyle will be irked by Billy’s gruff mood, and Billy will take the opportunity to rant to Kyle about how he needs to work his way up in the company. Kyle will say that Billy just wants him to fall on his face, which Billy will verify. They’ll argue back and forth, and Billy will think that Kyle has been given too much power.

Next on Y&R, Abby Newman (Melissa Ordway) will encounter Theo Vanderway (Tyler Johnson) at Society. They’ll do their usual arguing, and in the course of their conversation Abby will warn Theo about making trouble for Kyle and Lola Abbott (Sasha Calle). They’ll also discuss Abby’s failed relationship with Arturo Rosales (Jason Canela) – Theo will note that she stayed friends with Arturo’s sister, and he’ll think that there may be hope for him and Kyle.

Victoria will then get a table across the room, and she and Abby will chat about recent goings-on. Victoria will be positive about how things are going with Billy and at Newman Enterprises. Then Summer and Theo will approach, and Summer will congratulate Victoria on her new position.

Finally, on Thursday’s new episode of Y&R, Theo will privately remark to Summer that he’d kill to work at Newman Enterprises. Summer will say that she’s much happier at Jabot with Kyle. They’ll chat for a bit, and Theo will send Lola a text telling her that she’s missed.