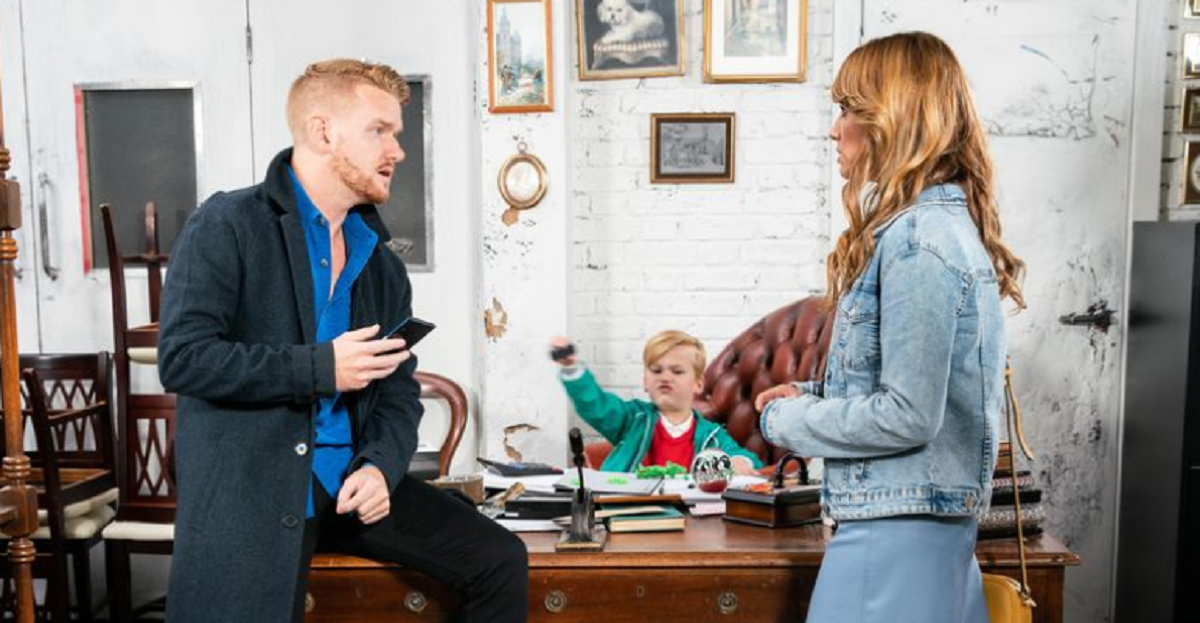 On “Coronation Street,” Maria Connor (Samia Longchambon) may wind up regretting her decision to go out with Gary Windass (Mikey North) on a date next week. With a little encouragement from Bethany Platt (Lucy Fallon), Maria will accept Gary’s invitation to have lunch together. The problem is that Maria is unaware of Gary’s true colors and it could spell trouble for her down the road.

“Coronation Street” hinted a possible romantic storyline for Gary and Maria. Gary has shown kindness to Maria when he offered to pay for her shopping after she realized that she has forgotten her purse. She then repays Gary’s kindness by offering to look after his son.

New spoilers hint that Bethany will notice a spark between the pair when she spots them talking at the café. She immediately asks Maria if there’s something going on between them but the latter insists that they are just friends. However, Bethany pushes Maria to go for it.

When Gary and Maria attend a Halloween party at Tyrone Dobb’s house, she becomes more impressed with Gary for his eager participation. Gary then asks Maria out for lunch and the latter accepts. This could be the start of a new romantic relationship but it could. However, with Maria left unaware of Gary’s past, she might some major trouble ahead.

“I think it has trouble written all over it because Gary is a bad lad,” Longchambon said. “Maria doesn’t know that though and thinks that they have a lot in common, both being single parents of boys of a similar age.

“They start with a nice friendship and there’s a natural progression into a relationship, but Maria definitely doesn’t know what she’s getting herself into.”

Ali Neeson (James Burrows), who is struggling with addiction, gets jealous when he finds out that Maria is going on a date with Gary. Irritated, he dismisses Emma Brooker’s (Alexandra Mardell) case as food poisoning while Toyah urges him to tell Maria how he truly feels.

Happy Saturday. Grab a cuppa, sit back and WATCH our exclusive Preview Clips of what will be a heartbreaking and turbulent week on the Street.

Later, Maria and Ali find Emma lying on the floor unconscious. They immediately call an ambulance and in the hospital, Steve McDonald is informed that his daughter has a ruptured appendix and needs and emergency operation.

Steve grows furious and accuses Ali of negligence when he finds out that Ali told Emma she just had food poisoning. Be sure to tune in to catch up on everything happening on Corrie right now. Come back here often for Coronation Street spoilers, updates, news, and rumors!