Days Of Our Lives Spoilers: Rolf Completes His Plan For Hope! Will It Be Successful? 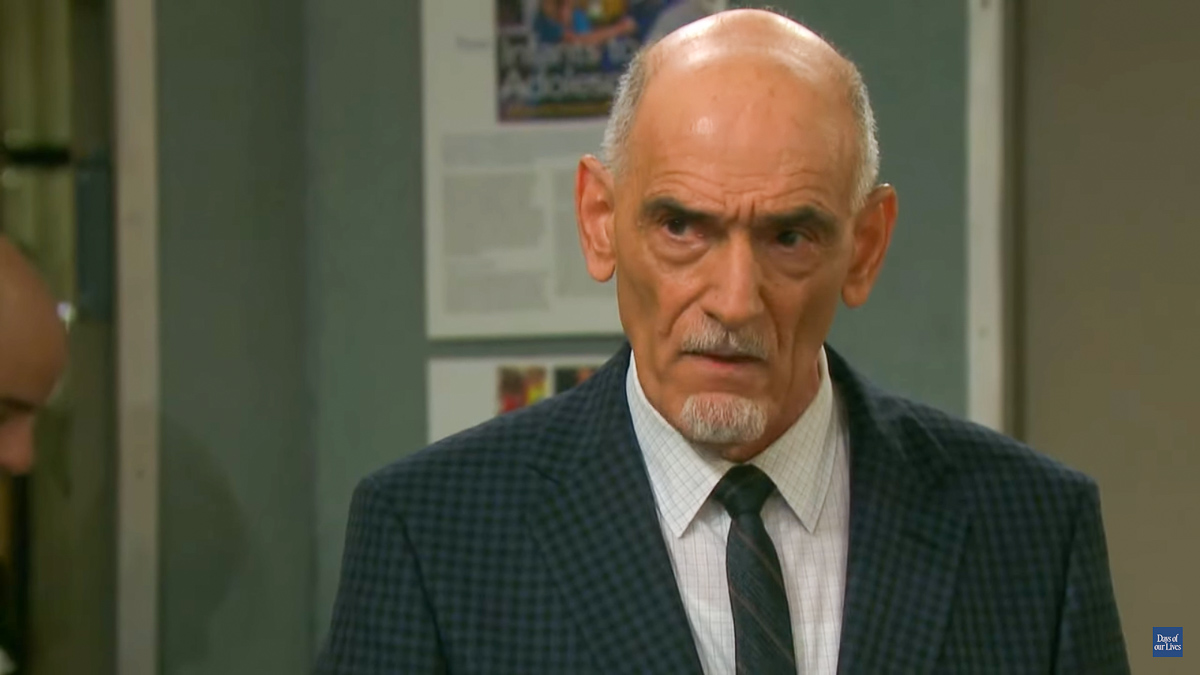 Days of Our Lives Spoilers – Dr. Wilhelm Rolf Implanted A Device Of Some Sort In Hope Brady’s Neck

Days of Our Lives viewers will recall that Rolf implanted a device of some sort in Hope’s neck last week, which started giving her a tremendous amount of pain! Longtime Days of Our Lives viewers will recall that many years ago, Stefano DiMera (Joseph Mascolo) implanted a control chip which was remotely controlled through the use of a satellite, into Hope’s brain in order to make her into a doppelganger of Princess Gina Van Anhalt (Kristian Alfonso). It would seem that Rolf has a new and improved method of doing the same thing with this device in Hope’s neck, and again turning her into Princess Gina, but for what reason? Stefano turned her into an art thief!

Since the implant was put into her neck, Hope has become less and less Hope Brady and more and more Princess Gina every day, except neither her nor any of her friends and family have been able to put their finger on the differences, at least not yet! Hope broke into the DiMera mansion and took down Stefano’s portrait, taking it back into the tunnels with her, although it is not yet revealed whether she just stored it there or if she took it out of the tunnels and to a place unknown. She was able to do this right under Gabi DiMera’s (Camila Banus )nose, who was upstairs in her bedroom crying over her dead husband, Stefan DiMera (Brandon Barash) whose heart had recently been transplanted into Hope’s older sister, Julie Williams (Susan Seaforth Hayes)!

Jennifer Horton (Melissa Reeves) tried to access a flash drive that Rolf dropped in the lab where he implanted the device, which may be a control device, in Hope’s neck before Dr. Kayla Johnson (Mary Beth Evans) kicked him out and closed the lab down. It was she that found the flash drive, and Jennifer talked her into letting her return it to Rolf but she really wanted to see what was on the flash drive, and Rolf will threaten her, possibly over the drive. It may contain programming to control Hope as Princess Gina!

DOOL Spoilers – The Piece De Resistance Is The Tiara!

It appears that the piece de resistance to Rolf’s plan is a tiara, which he will place on Hope’s head, which will complete her transition to Princess Gina! Along with a new and improved method of control, this will also be a new and improved version of Princess Gina! She will do things that the original Princess Gina would never do, being pushed to the brink and desperate. She will be desperate to remain alive in Hope’s body, and she will still be in love with John Black (Drake Hogestyn) as she was many years ago, and will be desperate for him as well!