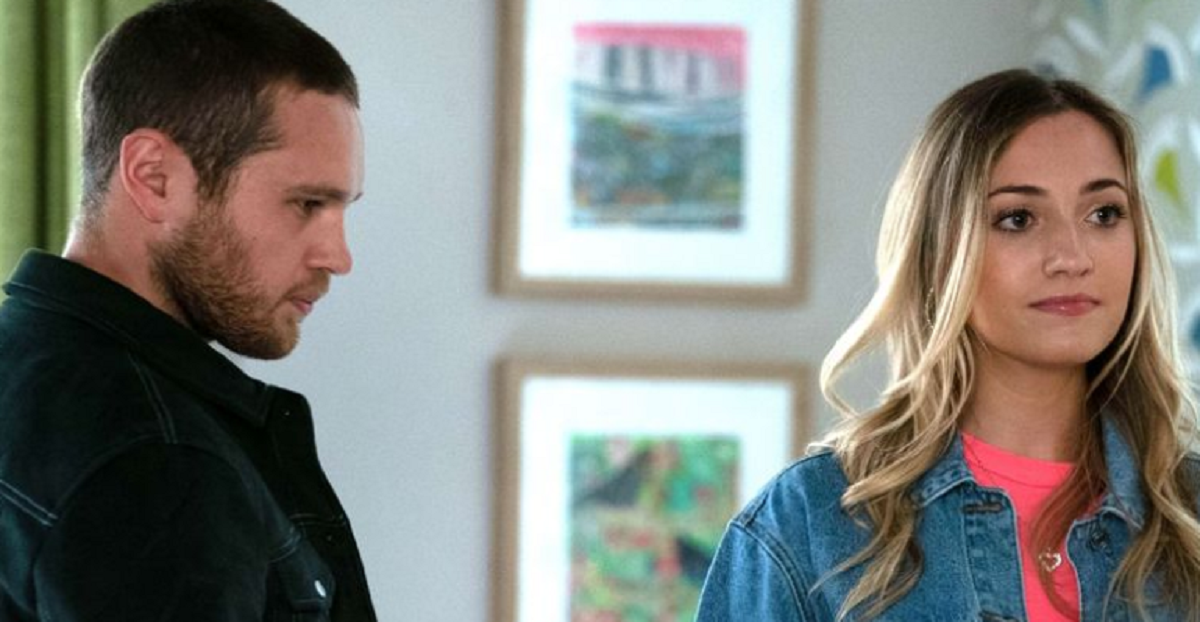 On “EastEnders,” Keanu Taylor (Danny Walters) and Louise Mitchell (Tilly Keeper) will be forced to make a decision whether to stay or leave Walford. The pair face a crossroad after Lisa Fowler (Lucy Benjamin) suggests that they move to Portugal with her. The idea of moving to a whole new place reveals that Louise and Keanu have different plans.

Louise is excited at the thought of relocating but Keanu isn’t sure if it is a good idea. Viewers know that there’s another reason why he wants to stay and that’s he’s having a baby with Sharon (Letitia Dean). Louise tries to convince Keanu to go and says she owes it to Mel, who’s been like a second mother to her.

Viewers have to wait and see what the couple’s decision will be. But if there’s one thing that’s sure it’s the fact that the Mitchells will be taking center stage during the holidays. Keanu’s secret affair with Sharon will be exposed thanks to Mel Owen (Tamzin Outhwaite), which will make for an explosive Christmas storyline.

“In a different world, a parallel universe, Louise and Keanu would be the perfect couple and they would have a happy family, he would look after her,” Danny Walters told The Sun. “But you just have this one bit of history with Sharon, and it haunts him everyday of his life.”

He admitted that there are times when Keanu misses Sharon and that’s one of the things that’s getting in the way of his emotions and feelings for Louise. So, the current situation is a mental torture for Keanu.

EastEnders boss Kate Oates also said that “it’s going to be a massive story at Christmas.”

A good friend offers you a shoulder to cry on, a great friend sorts out Ben Mitchell. #EastEnders pic.twitter.com/hFFRu6ailS

“It’s going to be a big Mitchell extravaganza and all of the things that covers but as I say, we will be pulling in some other characters into the storyline that you wouldn’t expect. It mixes up the dynamics in a really refreshing way.”