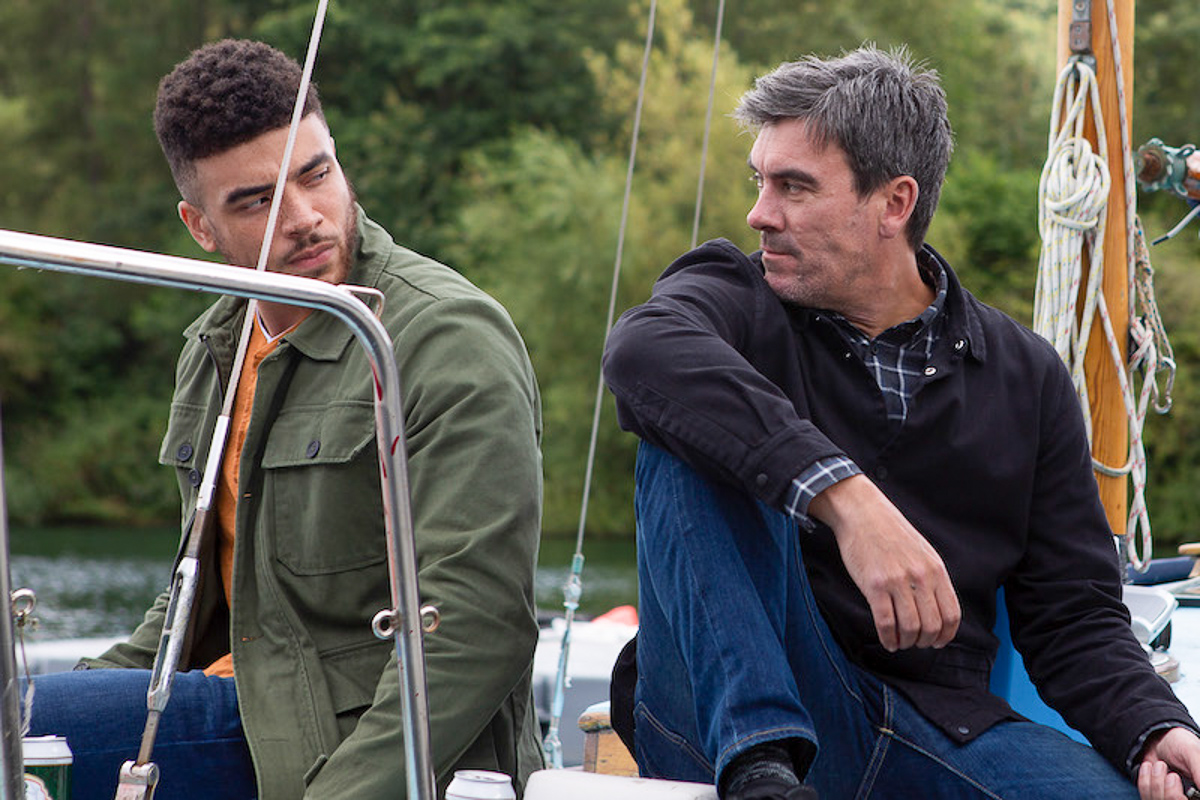 Emmerdale spoilers reveal Cain Dingle (Jeff Hordley) is told about his wife’s cheating. The informant claims Pete Barton is the traitor. However, the jilted husband’s information is only partially correct. Yes, he is being betrayed by the woman he loves. However, the traitor’s identity is wrong. This results in an innocent man being abducted, dragged away, tied to a chair and knocked unconscious.

As fans know, Moira has been keeping a secret from her husband. She has been having an affair. Although there were some close calls with getting caught, so far she thinks the intimate indiscretions are just between her and the other man.

However, Emmerdale spoilers confirm that Moira doesn’t realize someone has spilled the beans to her husband, Cain.

Being told that his wife has betrayed him was a shock. It was also something that ignited rage in the jilted husband. However, Cain was also told the identity of the man Moira has been sleeping with. Unfortunately, he wasn’t given the complete facts.

While it is true that Moira is knee-deep in an affair, the man she is involved with isn’t Pete Barton (Anthony Quinlan). Cain doesn’t get the name of the betrayer’s real identity until after Cain had begun punishing the innocent man.

Emmerdale spoilers indicate that before Cain finds out the truth, Pete was held hostage, tied up and knocked out cold.

When Cain finally realizes that Moira’s secret man is Nate Robinson (Jurell Carter), the two go head-to-head. Nate admits to the indecent act and takes it a step further. He shares personal, private details about his intimate time with Moira.

The two men end up in a brutal brawl after Cain lured the forbidden couple on a fishing boat. Moira tries to intervene, but gets knocked overboard into the water. While she is trapped, a can of petrol spills and disaster strikes. A huge explosion leaves the boat engulfed in flames.

Will Cain and Nate die in the blast? Can Moira be saved as she is trapped underwater? Fans will have to keep watching the soap to see how this story ends.