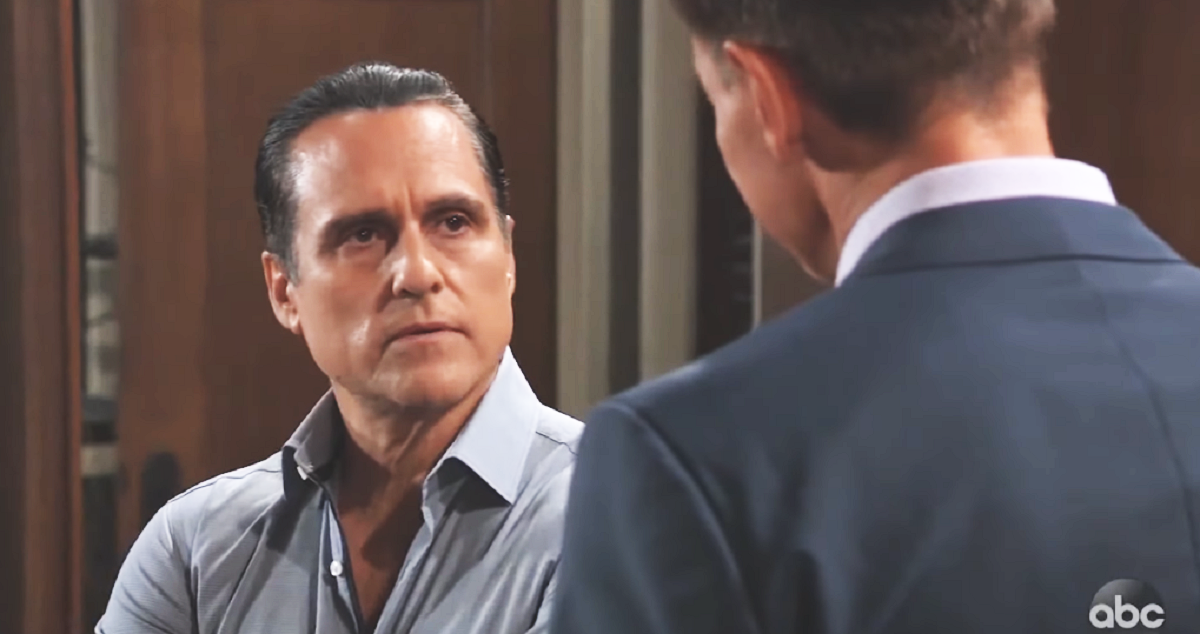 Liz says Martin’s client is not Drew Cain (Billy Miller). Liz accuses Kim Nero (Tamara Braun) of imposing someone else’s identity. Liz says she made a mistake and was wrong to do it. Monica Quartermaine (Leslie Charleston) is called to the stand for Franco Baldwin (Roger Howarth). Monica tells the court that she welcomed Drew into the family. Monica says DNA doesn’t make the person neurology does.

Jason Morgan (Steve Burton)is called to the stand. Jason visited Franco to asks about something Drew might have known in Afghanistan. Scott Baldwin (Kin Shriner) suggests it doesn’t matter as long as Franco is gone. Jason agrees that he values Drew’s life over Franco’s. Scott tries to make it about Jason but it doesn’t work. Cameron Webber (William Lipton) comes out and attacks Jason’s testimony. Jason tells Cameron he answered the question honestly.

Monica thanks Jason for testifying. Kim talks about how much Franco remembers that Drew doesn’t. All of the sudden, Kim’s Drew is here again. Kim apologizes to Liz. Scott asks what if Cameron’s memories had been put in Oscar’s brain. Scott wants to know why Franco’s life isn’t worth fighting for. Monica tells Jason it doesn’t matter that he’s not the doctor he wanted to become. Jason is Monica’s son and she loves him. Scott brings up Kim drugging Drew to get pregnant.

General Hospital’s Jason has to leave Sonny Corinthos’ (Maurice Benard) house to go to testify at Franco’s hearing. Jasper Jacks (Ingo Rademacher) show up with a gift and speaks to Jocelyn Jax (Eden McCoy). Jax got Donna Corinthos (Ella and Emma Hulen) a necklace to match Jocelyn’s. Dev Corbin (Ashton Arbab) comes to Sonny’s with a couple of boxes. Dev wants to sell candy bars. Jocelyn offers to help Dev carry boxes upstairs. Sonny tells Jax Dev isn’t doing anything neither of them doesn’t already do. Jax accuses Dev of being a hustler. Sonny has his eye on Dev. Sonny tells Dev he doesn’t like this business endeavor, it could draw too much attention.

General Hospital’s Trina Robinson (Sydney McKayla) shows up at the art gallery to speak to Ava Jerome (Maura West). Trina tries to convince Ava to hire her. Dev shows up with a “rare painting”. Dev has the painting of Helena Cassadine (Constance Towers). Ava finally buys the painting for one hundred dollars. Trina can only work on day a week at the gallery. Ava wonders why Trina doesn’t want to do something else with her one day off. Trina wants to know about the gallery business. Ava hires her before she leaves.

General Hospital’s Curtis Ashford (Donnell Turner), Laura Webber (Genie Frances), and Jax are at the Floating Rib discussing Hayden Barnes (Rebecca Budig). Jax leaves to take care of personal business. Curtis has an idea. Laura and Curtis look up an artist who hides things in portraits all the time. Helena’s portrait was painted by him. Ava talks about her daughter Kiki Jerome. Trina tells Ava she heard about Kiki Jerome (Hayley Erin) and what happened to Ava. Trina was worried when she stopped seeing Ava at the gallery. Trina is glad Ava is back. Laura and Curtis decide to get an x-ray of the portrait.

General Hospital #GH Spoilers: Ava Locates The Codicil – What Will She Do With It? @celebratesoaps https://t.co/XYY9aKvupu

Hayden asked Finn to come to Rome to meet his daughter. Hayden thought they would get back together but he was with Anna Devane (Finola Hughes). Hayden says she was too late. Hayden didn’t want to wreck Finn’s life again. Finn tells Hayden that Anna could accept his child. Hayden doesn’t want to see Violet with a stepmother. Finn wants to get to know Violet as her father. Hayden wants to go with Finn to see her. Finn agrees to Hayden going with him.