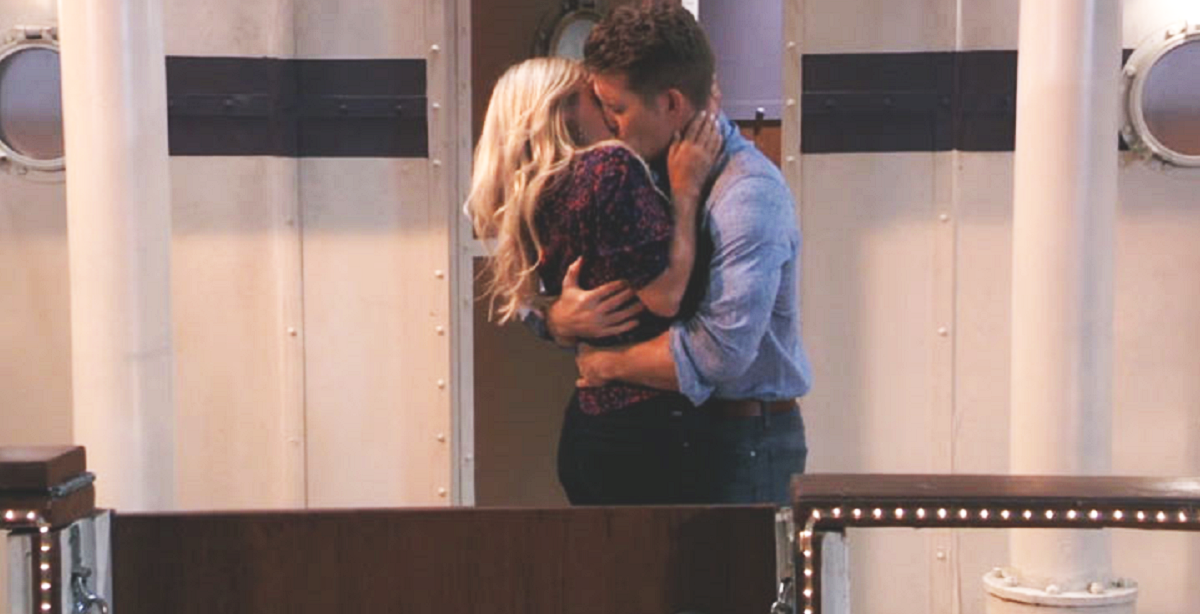 “Lulu and Dustin, sittin’ in a tree, k-i-s-s-i-n-g!” However, a spoiler about Lulu and Dustin being seen kissing would probably not be very soapy if a child saw them and started quoting the cutesy saying, and they likely won’t be in a tree, either.

If Lulu and Dustin kissing is supposed to stir up drama, there’s a good chance Olivia Quartermaine (Lisa LoCicero) will see them and be drama queen supreme over it, possibly making a scene like she usually does!

General Hospital Spoilers – Lulu Spencer Has Moved On With Her Life

Olivia just cannot process that Lulu divorced her son Dante Falconeri (Dominic Zamprogna) and has moved on. Truth be told, Lulu didn’t initiate the divorce, Dante did. Lulu just gave Dante what he wanted/ But Olivia continues to believe that Lulu has done something wrong, and as far as she’s concerned, Lulu, even though the divorce from Dante is final, is cheating on Dante. Olivia will feel like Lulu is being a bad example to her children, and may even think that Dustin is some kind of a child predator because, after all, who wants to date a woman with a kid?

She should know, she raised Dante all by herself and Sonny Corinthos (Maurice Benard) never knew he had a son with Olivia until Dante was a grown man and Sonny even shot him when they first met because Sonny didn’t know who Dante was. And longtime General Hospital viewers will remember that Olivia was nearby and rushed in panicking, telling Sonny he had just shot his own son.

Olivia is ten times worse the interfering mother than Carly Corinthos (Laura Wright) is, or even Alexis Davis (Nancy Lee Grahn). What makes it even worse, Olivia is not Lulu’s mother, she is her mother in law and EX mother in law at that. She really has no business at all interfering in Lulu’s life and relationships, even if she has family ties through her grandchild, Rocco Falconeri (O’Neill Monahan).

Lulu dating a man doesn’t make her an unfit mother, especially not when the man she is dating is a respected high school teacher in Port Charles. However, if she is the one to see Lulu and Dustin kissing, she will make her displeasure and disapproval known – and loudly. This could be very embarrassing, depending upon who else might be around and witnessing this spectacle.

Lulu and Olivia may come to verbal blows before it’s over with, or Lulu may seek help from Sonny to calm Olivia down – or Olivia might go to Sonny to find out what’s wrong with this guy that’s chasing after Lulu! Dustin seems to be an okay guy; but there is that little look of fear in his eyes every time he finds out Lulu has a close friend in law enforcement! What’s that all about?