The Bold and the Beautiful Spoilers: Friday, October 25 – Ridge Lashes Out At Brooke & Hope – Thomas Vows To Be A Good Father To Douglas 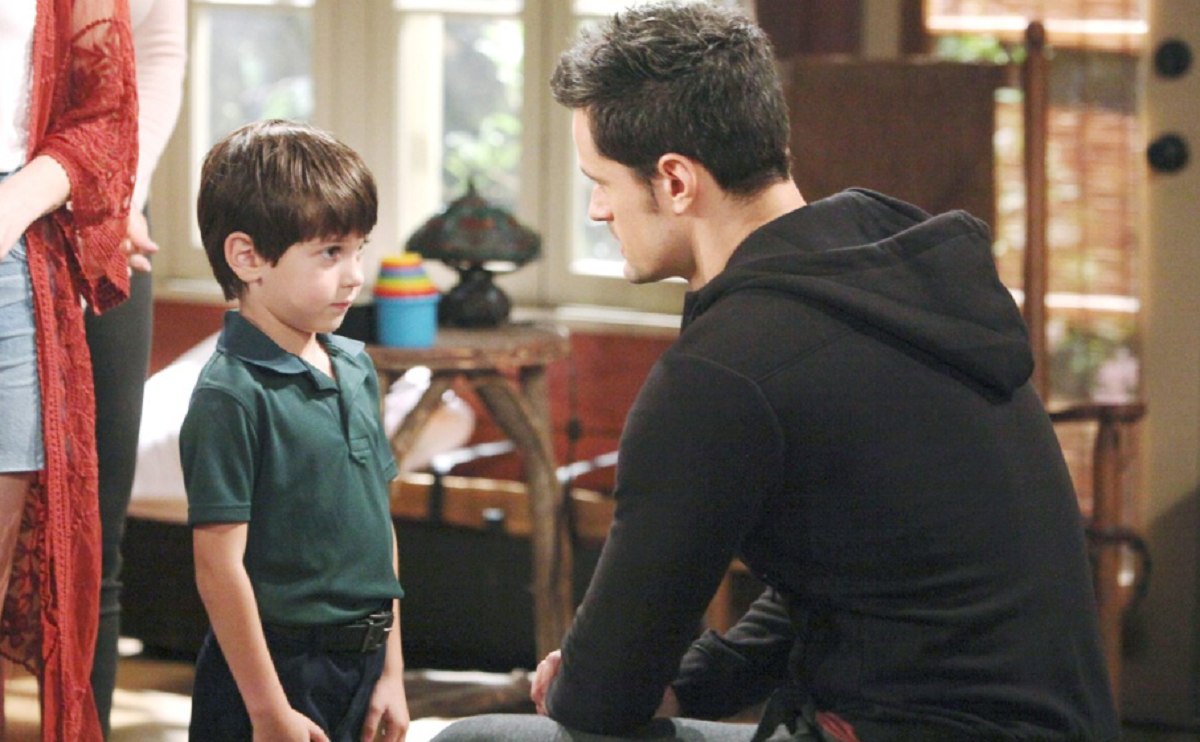 The Bold and the Beautiful spoilers for Friday, October 25, tease that the altercation currently taking place at Brooke Forrester’s (Katherine Kelly Lang) mansion is going to get pretty intense. As B&B viewers know, Thomas Forrester (Matthew Atkinson) and Ridge Forrester (Thorsten Kaye) just arrived at the mansion to get Douglas Forrester (Henry Joseph Samiri). Ridge was incensed after hearing that Brooke had adoption papers drawn up for Douglas, and he’s had about enough.

Hope Logan (Annika Noelle) and Brooke then defended their decision to try to take Douglas away from Thomas, but Ridge was not at all amused. And interestingly, Liam Spencer (Scott Clifton) didn’t get involved in the argument at all, most likely because he doesn’t agree with the adoption strategy.

According to B&B spoilers, the showdown will continue on Friday’s episode, but it certainly doesn’t appear that anyone is going to end up seeing eye-to-eye or resolving anything. In fact, Ridge just might get more infuriated when he hears all of Brooke and Hope’s reasons for wanting to deny Thomas his rights as a father.

The Bold and the Beautiful spoilers say that Brooke and Ridge’s marriage will be on the brink of total destruction as a result of what’s going down. Ridge won’t be able to believe what he’s hearing from his wife, and his natural instinct to protect his son is kicking in at the same time. It’s difficult to imagine him ever wanting to get back together with Brooke after all of this. And Brooke won’t be happy with Ridge, either, considering her strong feelings against Thomas.

According to ongoing B&B spoilers, Thomas, Ridge, and Douglas will end up going to the Forrester mansion to life with Eric Forrester (John McCook) and Quinn Forrester (Rena Sofer). Whether that will happen on Friday’s episode remains to be seen, but it looks like that’s certainly Ridge’s intent. He will be determined to get his grandson away from the Logans and with his
blood relatives as soon as possible.

Of course, Douglas hasn’t been present for the big showdown, which is a good thing. But it seems that he’ll soon be returning, since B&B spoilers indicate that Thomas will share some tender moments with Douglas on Friday’s episode.

Bold And The Beautiful Spoilers – Thomas Forrester Reconnects With His Son

Look for Thomas to reconnect with his son and promise to be the father that Douglas deserves in his life. It will be interesting to see whether Douglas is open to the relationship with his dad, given that he’s been living at Brooke’s for so long.

Chances are, Douglas will take the move to the Forrester mansion far better than Brooke and Hope will take it. They’re surely going to be livid that Douglas is now with his father, since they don’t think that Thomas is a fit father. We’ll see whether they subsequently pursue legal action against Thomas to declare him an unfit father – they may want to do so, but that’s a tough road.