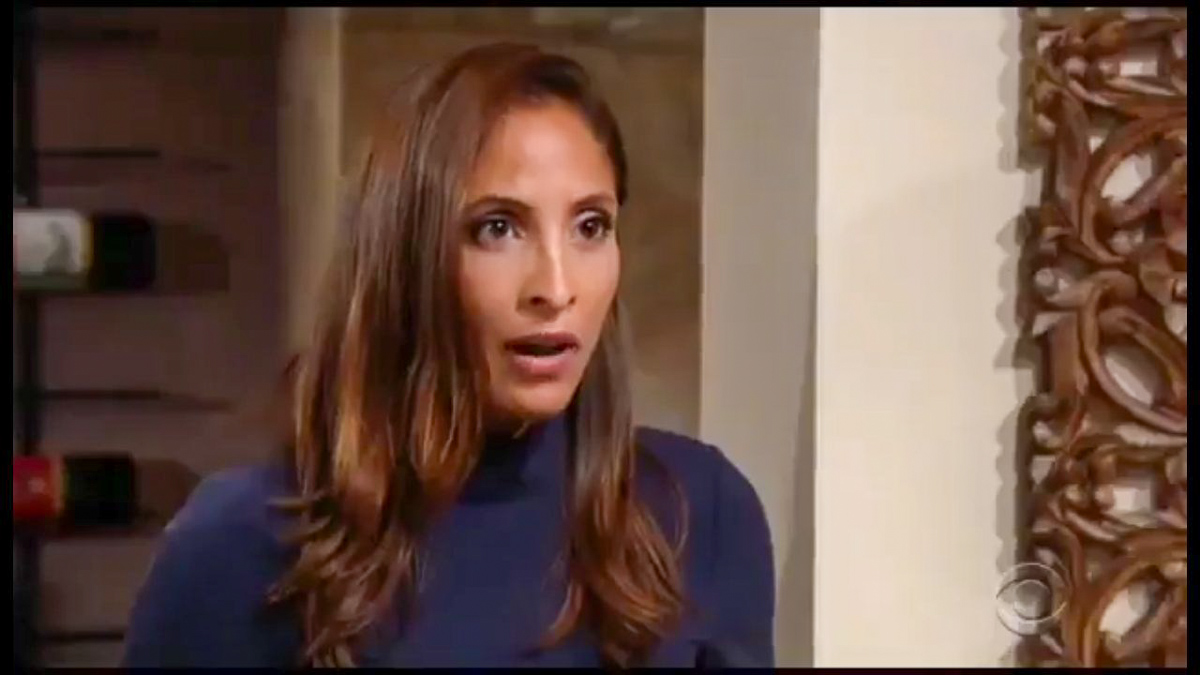 The Young and The Restless spoilers tease that Lily Winters Ashby (Christel Khalil) will return to Genoa City to settle some unfinished business, having to do with Katherine Chancellor’s (Jeanne Cooper) will!

Y & R viewers will recall that Elena Dawson (Brytni Sarpy) and Devon Hamilton (Bryton James) were having a talk about the challenge to his grandmother’s will, and Elena suggested that he talk to someone who would know both Cane Ashby (Daniel Goddard) and Katherine better than anyone else, and that would be Lily! So Devon contacts his adoptive sister and tells her to come for a visit because she needs his help! Lily comes to Genoa City and she, Devon, Cane, and Jill Abbott Atkinson (Jess Walton) all get together and discuss what to do, once Cane has had the will that he was “given” authenticated.

Viewers will recall that Lily would know Cane well – very, very, well because the two were married! The two met in 2007, and even though there was a considerable age difference between the two at the time – Lily was 19 and Cane was 31 – they fell in love! They eventually married, and went through some struggles, including Cane having been presumed dead due to an identical twin he never knew he had having been killed and presumed to be Cane! He showed up alive later, and they reconciled and remarried, and even though they have lived separately for some time, are still legally married. Perhaps Lily has some unfinished business to settle with Cane, as well! Cane and Lily have two children, twins, named Charlie Ashby (Noah Alexander Gerry) and Matilda Ashby (Lexie Stevenson) and Cane has a son, Sam Ashby (the Loo Twins) with Juliet Helton (Laur Allen) who is deceased. Cane’s children will also need to be considered in any decision made about the inheritance.

The Young and the Restless Spoilers Wednesday, October 23: Connor Reunites With Adam, Jill and Cane Tell Devon About the Will, and Sharon Makes Plans With Rey https://t.co/RiLE9gdrUF pic.twitter.com/WUJmkpUhMe

Lily will likely feel herself stuck in the middle between Cane and Devon when the truth is revealed that the will that Cane found himself with after being knocked out and put in a storage garage in Las Vegas is the real will, and the will that was used at Katherine’s will reading that named Devon as the heir is a counterfeit, and the true heir is revealed to be Cane! Cane will have the will authenticated, and Devon will feel forced to make a choice; Lily will tell Devon it’s up to him whether to keep the money or not, since it is past the statute of limitations for the will to be contested! Devon will likely want to do the right thing, but what is the right thing? Relinquish the money and the estate to Cane, or maybe he and Cane talk it over and decide what Katherine would want them to do in this situation if she were alive to advise them? Perhaps they could come to a compromise and split the inheritance, at least that would be fair to both of them!