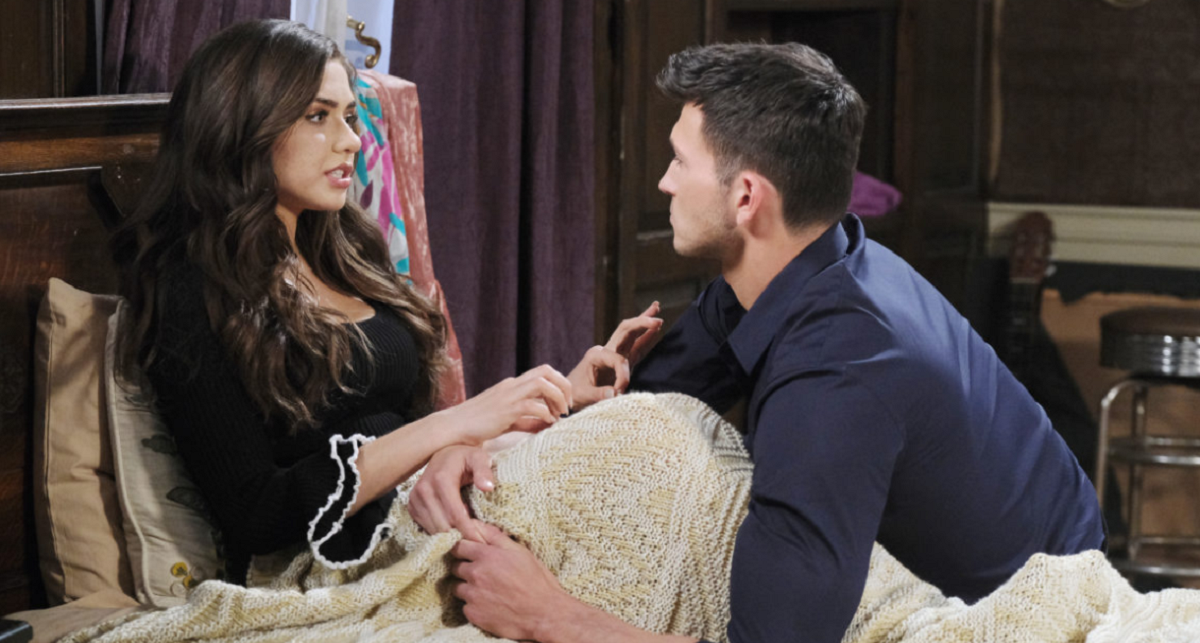 Princess Gina will talk to Dr. Rolf about John Black (Drake Hogestyn) in Monday’s episode. DOOL fans may recall that Princess Gina was in love with John years ago, so she’ll naturally expect to reunite.

Meanwhile, Haley Chen (Thia Megia) will tip John and Marlena Evans (Deidre Hall) off to trouble. She’ll mention Hope’s bizarre behavior during their recent encounter. Marlena and John will likely hear that Hope was smoking, so that’ll be another puzzle piece for them to ponder. Days spoilers say John and Marlena will decide to confront Hope soon, but that’ll bring more questions instead of answers.

Days Of Our Lives Spoilers – Rafe Hernandez Has Ingested The Poison

Until then, Rafe Hernandez (Galen Gering) will be rushed to the hospital. He ended up with the cupcake meant for Ciara Brady (Victoria Konefal), so he’s ingested poison.

Days of Our Lives Spoilers: Jordan Targets Ciara, But Rafe Is The Accidental Victim?

Days of Our Lives spoilers say Jordan will freak as she scrambles to protect her secret. She’ll also worry about Rafe, who she certainly didn’t want to target. This is a big mess that’s only going to get messier!

Other Days of Our Lives spoilers say Ciara will discover something shocking on Monday. She’ll find the poison vial, which Jordan planted in Ben Weston’s (Robert Scott Wilson) coat pocket. Ciara’s mind won’t immediately go to guilt here. She won’t even know it’s poison, so she’ll be just be confused and concerned about her find.

It won’t be long until Ciara updates Ben, so they’ll eventually realize Jordan’s been scheming again. Ben will make sure that vial gets tested while Rafe undergoes some tests of his own. Once he learns he was poisoned, he’ll quickly suspect Jordan was the culprit. This storyline has plenty more twists and turns in store, so stay tuned.

Days of Our Lives Spoilers: What to Expect During the Halloween Episode – Is It All a Dream? https://t.co/KYxBUzR37T pic.twitter.com/f1vzwfsQbi

Finally, Gabi DiMera (Camila Banus) will hear Julie Williams’ (Susan Seaforth Hayes) sweet speech. Julie will apologize to Gabi for how she treated her in the past and suggest that she was wrong. Since Gabi was willing to give up Stefan DiMera’s (Brandon Barash) heart, Julie will be full of gratitude. She’ll hope they can have a fresh start, but she doesn’t know Gabi’s rigged her pacemaker to manipulate Lani Price (Sal Stowers).

Gabi has the power to kill Julie in the palm of her hand! Days spoilers Lani will remain in a tight spot as her wedding draws near, so don’t miss all the action. We’ll keep you posted as other news and rumors emerge. Stick with DOOL and don’t forget to check back often for the latest Days of Our Lives spoilers, rumors, updates and news.