General Hospital Spoilers: Trina Goes To Work At The Gallery! Will Ava Be A Bad Influence On Her? 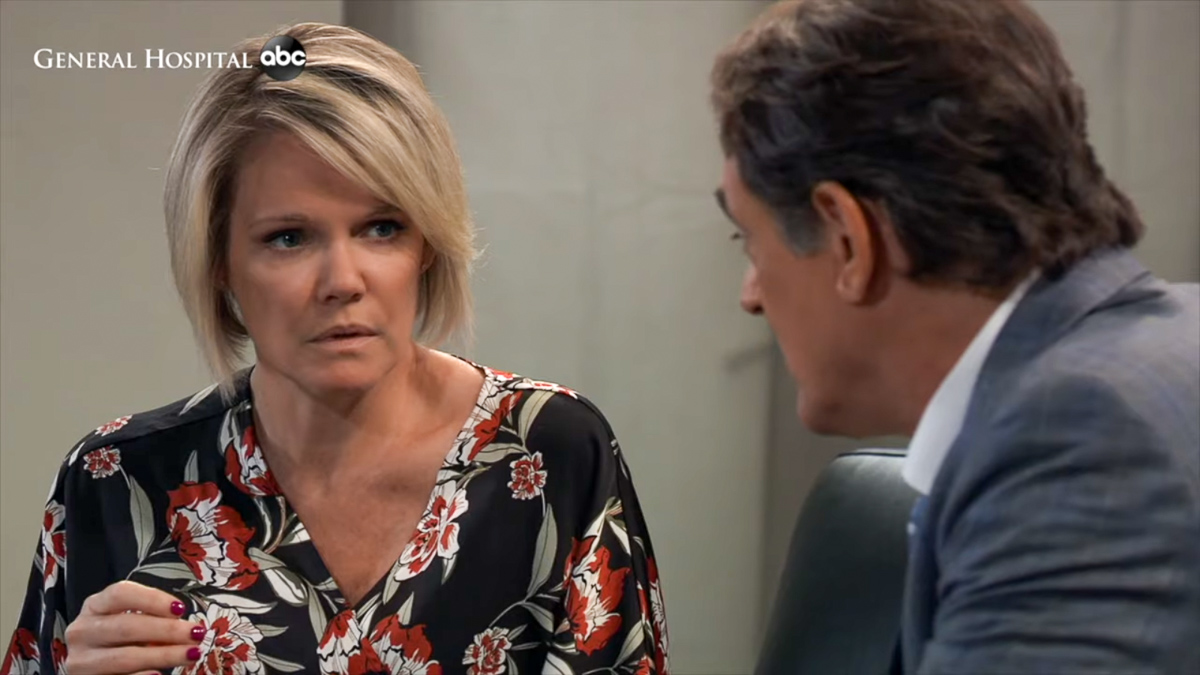 General Hosptial (GH) spoilers tease Ava Jerome (Maura West) will reopen her gallery after several months! Ava has been dealing with the fallout from Ryan Chamberlain’s (jon Lindstrom) reign of terror but seems to be ready to take her life back! This is a big step for Ava and hopefully one that will bring her some peace. Her first order of business will be to hire some additional help. It looks like Trina Robinson (Sydney Mikayla) will apply and Ava will hire her. This should be good for both of them.

As viewers know, Ava’s daughter, Kiki Jerome (Hayley Erin) was murdered a year ago by Ryan, Part of the reason Ava has had such a difficult time dealing with Ryan’s obsession is that he murdered Kiki for her. Ava didn’t want Kiki dead, of course but they were on the outs when Kiki. Trina should remind Ava of all the great qualities Kiki possessed and likely sees this as possibly a second chance. As time goes by, Ava will find herself in a bit of a mentor role. Given who Ava is, this could be both a good and bad thing!

Ava has a lot of good qualities. She is a hard worker and she is passionate about art. She could teach Trina the ins and outs of the art world. But there is beauty in almost everything, so learning how to display a piece to accentuate its good qualities is a trait that Trina can apply to almost any situation. Ava is a tough boss though, and Trina will come to understand the value of being on time and present when she is supposed to be. But it should be noted that Ava also has some behaviors that are best not to mimic. Her drinking has been out of control lately, and she can be mean and sarcastic. So this could also impact their work relationship.

Little is known about Trina’s life outside of her friends and school. But her friends are going through things of their own and Jossylyn Jacks (Eden McCoy) especially has been distancing herself from her friends. But at the gallery, Trina may find herself needed and appreciated. Eventually, she may even confide in Ava about her crush on Dev Cerci (Ashton Arbab). Perhaps Ava can offer Trina support and guidance on how to approach the young man. This could either work out really well or be a huge disaster!

Trina and Ava might just be what each other needs at this point in their lives. As long as Trina distances herself from the parts of Ava that are less than savory. And Ava could certainly see Trina as a young woman with potential and as possibly a second chance to be sort of a mother figure. Time will tell, but some fun scenes are definitely coming up on General Hospital, airing weekdays on ABC! And don’t forget to check back here for all your General Hospital news, information and spoilers!