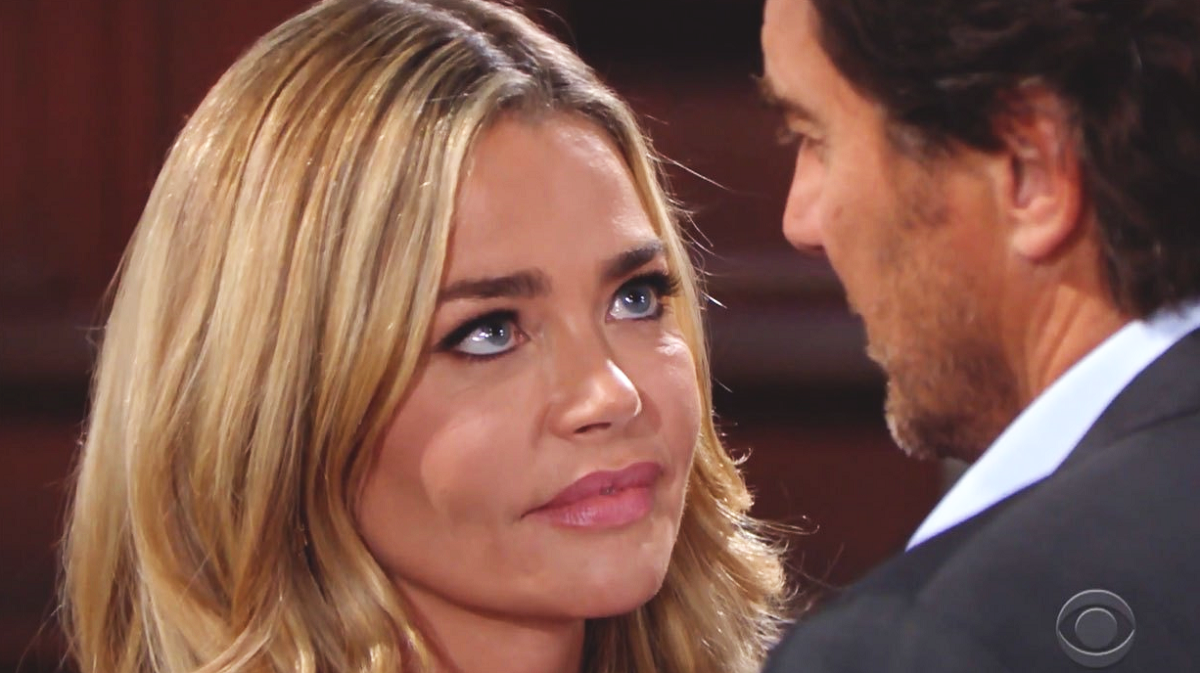 During the confrontation, Ridge let Brooke know in no uncertain terms that no one was going to take Douglas away from Thomas, and Brooke returned her wedding rings to Ridge in protest. Ridge was horrified by Brooke’s move, and Brooke made it perfectly clear that he had to choose either her or Thomas, and that there was no middle ground.

On Monday’s B&B episode, Ridge will tell Eric about what happened at Brooke’s mansion. He’ll surely update Eric on how Brooke drew lines in the sand and Hope begged him to not take Douglas away from her. He’ll likely explain to Eric that he believes that he did the right thing for Thomas and Douglas, and that under no circumstance was he going to allow Thomas to relinquish his rights to his son.

Bold And The Beautiful Spoilers – Deep Seated Animosity Towards His Son

Eric will probably be supportive of Ridge, although he certainly won’t like the tension between Ridge and Brooke, and between the Logan and the Forrester families in general. According to B&B spoilers, Ridge will tell Eric all about Brooke’s feelings of deep-seated animosity toward Thomas, which he’ll say is similar to how Stephanie Forrester (Susan Flannery) once felt about Brooke.

The Bold and the Beautiful Spoilers: Friday, October 25 – Ridge Lashes Out At Brooke & Hope – Thomas Vows To Be A Good Father To Douglas

Ridge will tell Eric that history appears to be repeating itself, and that Brooke is treating Thomas the way that Stephanie used to treat her. He’ll probably be surprised that Brooke can’t see the irony of the situation or recognize what she’s doing. It’s certainly not the way the Ridge wants things to be, but given the situation, he’ got to support his son and the Forresters in general.

Next, on Monday’s new episode of B&B, Ridge will get himself settled in at the Forrester estate. He’ll be staying in the guesthouse, and when he arrives, he’ll be shocked to see someone asleep in his bed. According to B&B spoilers, the person will be Shauna Fulton (Denise Richards). Exactly how Shauna winds up in Ridge’s bed remains to be seen – perhaps she’ll be visiting Quinn Forrester (Rena Sofer) at the mansion and wind up in the guesthouse.

However it happens, Ridge will wonder what on earth is going on, and it looks like Shauna will have some explaining to do. According to B&B spoilers, there will be some humorous moments as both Ridge and Shauna try to process what’s going on and how Shauna ended up in Ridge’s room. But passion will then ensue, as Shauna will pull Ridge into a big kiss.

The Bold and the Beautiful spoilers say that Ridge will reciprocate the kiss, so it looks like B&B viewers will see Ridge and Shauna’s first real moment of passion. It doesn’t appear that things will go any farther, though. Nevertheless, Shauna should be pretty happy with the situation, considering that she’s got a huge crush on Ridge.