The Bold and the Beautiful Spoilers: Wyatt Still Marrying Sally to Spite Quinn – Can She Stop Him From Making a Mistake? 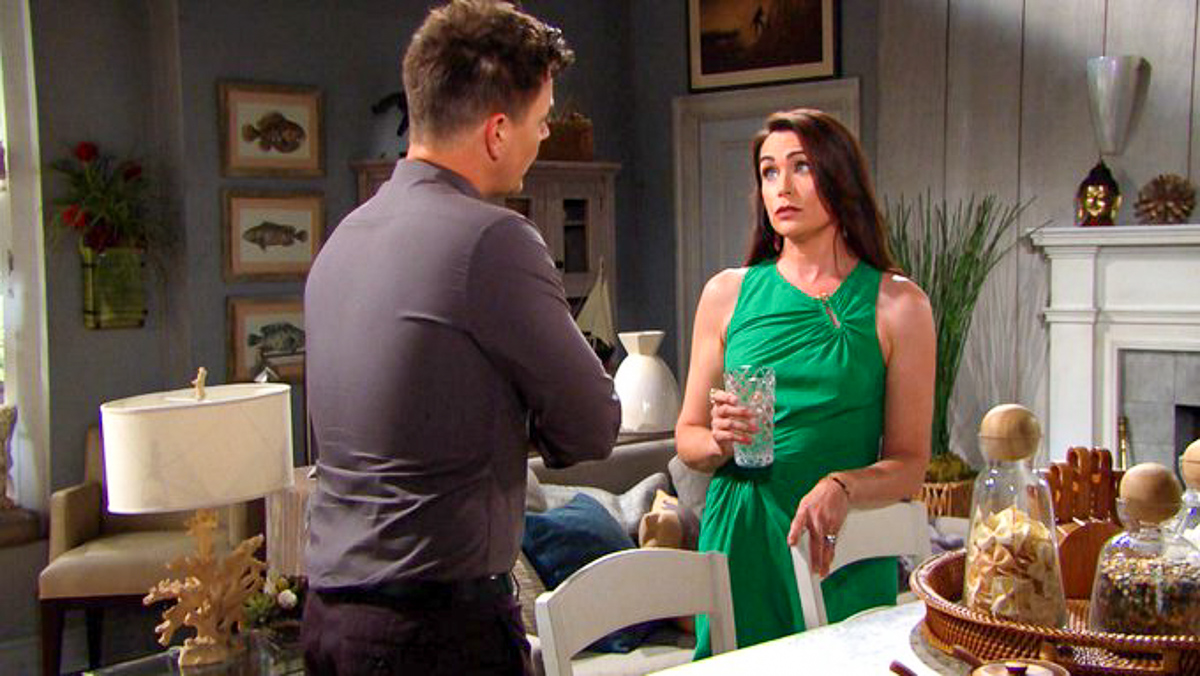 The Bold and the Beautiful spoilers reveal Wyatt Spencer (Darin Brooks) plans on marrying Sally Spectra (Courtney Hope). Despite Quinn Forrester’s (Rena Sofer) objections, the young man isn’t backing out of the commitment. It is teased that Wyatt still has feelings for his ex, but continues with wedding plans to spite his meddling mother. Can she stop him from making a mistake before it’s too late?

Wyatt’s proposal to Sally was a spur of the moment decision. She was hesitant to take him back at first. Even after they rekindled their romance, she was still cautious. Sally had her heart broken once and would not make herself vulnerable like that again.

However, the marriage proposal made Sally feel confident about his feelings. She let her guard down and opened her heart fully to Wyatt.

After Wyatt told his mother he proposed to a special lady, Quinn assumed it was Flo Fulton (Katrina Bowden). After being told that he was marrying Sally, Quinn was shocked, disappointed and convinced that her son was making a big mistake.

She tried to reason with him, but Wyatt’s mind was made up. At least, it was when that conversation took place.

The Bold and the Beautiful spoilers tease that Quinn sends in help. She asks Bill Spencer (Don Diamont) to speak to Wyatt about his love life. He agrees, but lets the young man knows about Quinn’s meddling. Wyatt isn’t pleased about his mother’s behavior. However, he does talk to Bill about Flo and the kidney transplant. When reminiscing about the girl he remembers, Bill reminds him that the good-hearted woman is the one he loved — and she is still that same person.

This is when Wyatt comes to a shocking realization. He never stopped loving his ex-girlfriend. He turned away due to anger and moved on, but he never stopped caring about Flo. Those feelings of love are still in Wyatt’s heart. Even though he hates to admit it, his mother was right.

B&B Spoilers: Go with the Flo?

B&B spoilers suggest that Wyatt will be torn between two women. He has Sally, who gave him a second chance and is getting ready to make a lifelong commitment to him. On the other hand, his feelings for Flo are still there even after all this time. Her saving Katie Logan’s (Heather Tom) life just made him realize it.

Now, he has to make a choice between Sally and Flo. The situation puts Wyatt in an awkward position. It also makes him confused and he fears making the wrong decision. Which one will he end up with in the end?