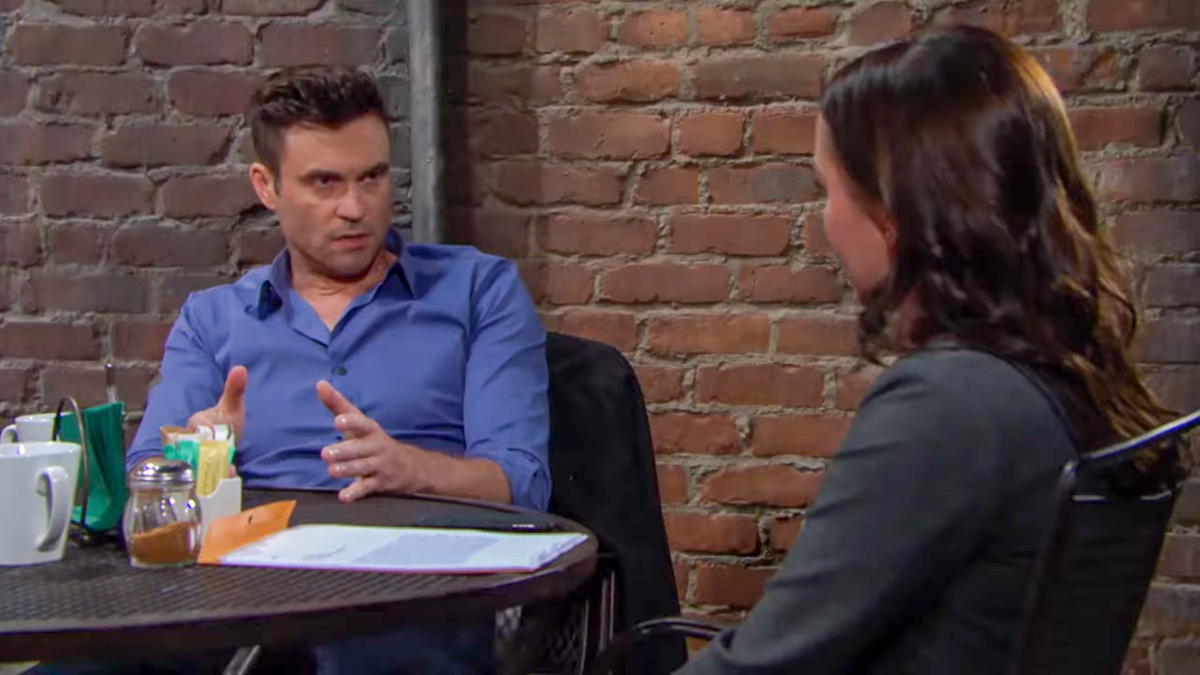 Cane Ashby (Daniel Goddard) wasn’t able to meet with Chance Chancellor (as last played by John Driscoll) on ‘The Young and the Restless’. Then, he was hit over the head, fell instantly unconscious, and was literally dragged off and put on a cement floor in a room that was nearly empty.

Upon awaking, Cane found his phone on top of a manila envelope, which was on a table. Inside were the apparent real pages of Katherine Chancellor’s (Jeanne Cooper) will, which creates a dilemma for Devon Hamilton (Bryton James).

It’s common practice for soap operas to revisit and often adjust old storylines. That’s long been true because of the need to create fresh stories and because of the regular changes behind the scenes, where executive producers, head writers, and writing staffs project their alternative ideas through well-known characters.

Katherine was believed to have left half of her fortune to her son Tucker McCall’s (Stephen Nichols) grandson, Devon. Now, that’s seemingly not what the ‘Duchess’ wanted. As devoted viewers know, that nickname was originally applied by Katherine’s other son, Brock Reynolds (Beau Kazer).

Hardcore viewers and newer fans are being asked to believe that Tucker manipulated his mother’s will so that Devon would become the largest beneficiary. That’s seemingly not what she wanted. Collective eye brows are being scrunched and lips are now pushed out among many audience members as a result.

Devon recently said that the statute of limitations has passed on any challenge to his paternal grandmother’s will. That intentional bit of dialogue foreshadowed what’s happening now, meaning that Devon has the option to abide by what Katherine wanted, rather than being legally forced to do so.

Knowing Devon, he’ll want to ensure that what Cane found is legit. Assuming that happens and holds true, Devon will do the right thing. It’s what Neil Winters (Kristoff St. John), the man who he thought of as his father, would have advised him to do. That likely means Y&R will downgrade Devon from billionaire to multimillionaire status.

The real will still had Katherine designating many millions to Devon and he remains the head of the Hamilton-Winters foundation. So he’ll hardly be broke and probably won’t need to leave the penthouse.

It was great to see Mishael Morgan (Hilary Hamilton) reprise her original character this past summer. The ghostly visions were meant to send a message to Devon about his ongoing grief.

However, the moment Morgan confirmed her return to the cast as a new character, Amanda Sinclair, viewers knew that Devon’s life would be changing. He may be losing some of his financial assets. But the likelihood that Devon will eventually form a relationship with whoever Amanda turns out to be, almost assuredly a relative of Hilary, if not her identical twin sister, will transform his personal life in ways that go well beyond money.