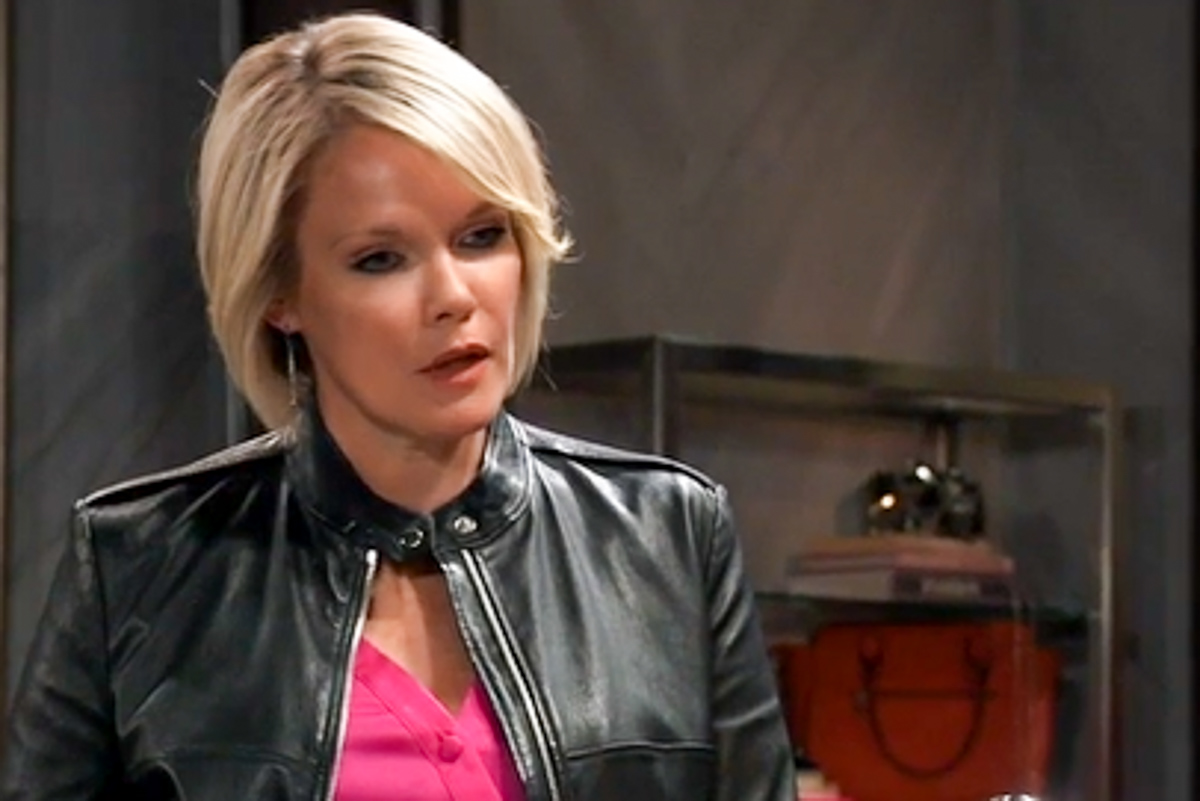 General Hospital spoilers tease that the masked man who follows Ava Jerome (Maura West) from the Halloween Ball might be Nikolas Cassadine (most recently played by Nick Stabile)!

General Hospital Spoilers – Nikolas Cassadine Has Been Presumed Dead Since 2016

General Hospital viewers will recall that Nikolas has been presumed dead since 2016, when Valentin Cassadine (James Patrick Stuart) shot him and he took a dive through a window on an upper floor of Cassadine Island in Greece. His body was never found, and prior to that he had tried to fake his death but was unsuccessful, partly due to Ava Jerome (Maura West) sitting next to him on an airplane and recognizing him!

The two struck up a friendship that could have turned into more, had Nikolas not presumably died. Thanks to Ava, Jason Morgan (Steve Burton) who had been presumed dead until his twin Drew Cain (Billy Miller) was rescued by Robin Scorpio-Drake (Kimberly McCullough) and came to Port Charles being mistaken for Jason, was able to break out of the Boronsky Clinic in Russia, where Peter August (Wes Ramsey) had him stashed for over five years; all because Ava thought he could be Nikolas!

Over the past three years, General Hospital has provided plenty of clues that Nikolas did not really die; even some by Valentin! There have been several times where Valentin has questioned how anyone knew Nikolas was really dead, considering no body has ever been found; and then, of course there is the fact that he had tried to fake his death just prior to the incident on Cassadine Island!

There was the incident where Valentin tried to take Spencer Cassadine (Nicolas Bechtel) out of school, and was prevented from doing so by Spencer’s uncle Sonny Corinthos (Maurice Benard). Viewers immediately assumed that Valentin was going to kill Spencer, and some still cannot see any good in Valentin, but it is just as likely that Valentin helped Nikolas fake his death, split the estate between them and that he was going to take Spencer to his father! Valentin may be a lot of things, but he would not harm a child!

He was instrumental in getting the “Chimera” away from Jake Webber (Hudson West), and he is a doting father to Charlotte Cassadine (Scarlett Fernandez). More recently, there has been most notably the scene where Laura Collins (Genie Francis) tried to discredit psychic Chelsea Lam (Jen Ray) who told her that her son was in danger – not the one in Africa, which would be Lucky Spencer (Jonathan Jackson)!

Ava has been considered paranoid for feeling that someone is watching her, but there was the scene recently where she and Laura were talking in the Metro Court and it did look like someone was looking at them. If this is Nikolas, he’s either had plastic surgery to be able to not be recognized or he may be in a mask. There are those masks Cesar Faison (Anders Hove) was using a few years back, maybe Nik has one of those to keep disguised!

However, he will wear a mask and be in costume at the Haunted Star Halloween Ball, which he obviously will know about to be able to attend; and he will be wearing that mask to follow Ava back to the gallery. Helena Cassadine’s (Constance Towers) portrait is now there, having been brought to Ava by Dev Cerci (Ashton Arbab) who he convinced Ava to buy from him for one hundred dollars.

This portrait contains the clues to the codicil to Mikkos Cassadine’s (John Colicos) will, and even if Nikolas and Valentin had split the estate, what if the true heir named in it isn’t Nikolas, Valentin or Spencer? What if there’s another Cassadine out there? Maybe that’s why they don’t want anyone to figure out where it is! Nikolas may be trying to retrieve the painting!