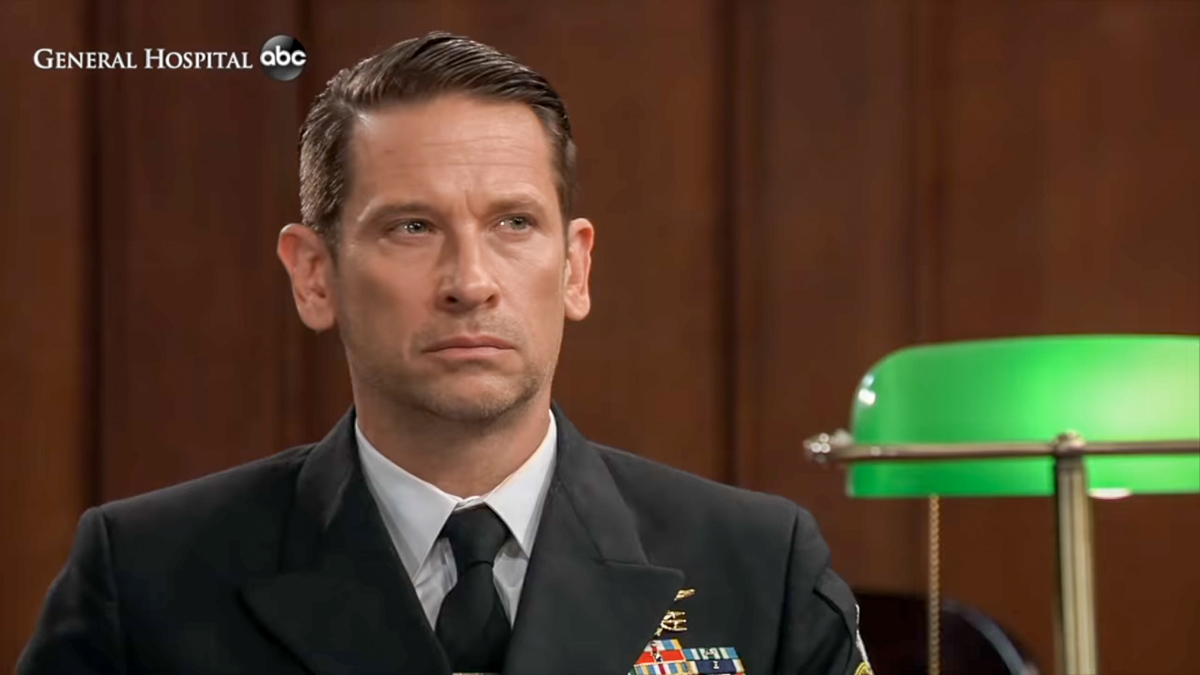 Alexis Davis (Nancy Lee Grahn) starts to react to the noxious substance that her personal trainer, Kendra Lennon (Michelle Argyris) has begun putting in her nutritional drink that is part of her regimen. Alexis is duped as she continues to trust Kendra as a friend who she can confide in, even talking to her about her daughter Kristina Corinthos-Davis (Lexi Ainsworth) and feeling like she can now stop running to her rescue. She has no idea that Kendra is the older sister of Kiefer Bauer (Christian Alexander) and that she is being slowly poisoned as Kendra’s revenge for the death of her younger brother. By the end of the week, Alexis will begin feeling ill, but will brush it off as a touch of the flu!

The fate of Franco Baldwin (Roger Howarth) is decided this week, as Judge Rachel Lasser (Gina Hecht) has made her determination on his competency. No matter what she decides, either Franco or pre-2012 Andrew Cain (Steve Burton) who lives in Franco’s brain, will live or will cease to exist. Scott Baldwin (Kin Shriner) will have an idea, but then he will look for help, and Bobbie Spencer (Jacklyn Zeman) will offer her condolences, possibly to Scott for his losing the case, so it sounds like Franco may be allowed to remain as Drew for the time being.

Elizabeth Baldwin (Rebecca Herbst) will be distraught, Cameron Webber (William Lipton) will apologize to Jason Morgan (Steve Burton) for mouthing off at him in an earlier episode, and Sonny Corinthos (Maurice Benard) will offer Franco an outlet for his frustrations. Kim Nero (Tamara Braun) will be frustrated as “Drew” will look at her through different eyes after hearing her extreme measures to have another baby with the real Drew Cain (Billy Miller).

After reacting to the bombshell that the new pediatric patient he was called into General Hospital to diagnose in last week’s GH is his daughter, Violet Finn (Jophielle Love) Dr. Hamilton Finn (Michael Easton) and Violet’s mother, Finn’s former fiancée Hayden Barnes (Rebecca Budig) continue to work out their relationship with each other, undoubtedly so little Violet will not pick up on any antagonism between the two. Violet will soon learn that Finn is her daddy, because Finn will not have it any other way and he will want to take an active part in her life! Hayden and Finn will make some progress this week.

General Hospital Spoilers: Chase Meets His Niece &#8211; Inspires Him To Ask Willow About Having Another Child? @celebratesoaps #gh #generalhospital. https://t.co/h7rqczY1vf

Ava Jerome (Maura West) continues to be stalked, although no one seems to believe her, not even her brother Julian Jerome (William DeVry)! Ava will take extreme measures to protect herself, but a masked man in a hooded cape will follow her back to her art gallery from the Halloween ball at Metro Court . There is a possibility that he wants the portrait of Helena Cassadine (Constance Towers) that is now in the gallery, and there’s also a possibility he may be shot by Ava!

Brad Cooper (Parry Shen) and Lucas Jones (Ryan Carnes) will continue to have problems in their relationship as they head for couples counseling with Dr. Neil Byrne (Joe Flanigan). Julian will be surprised that Brad showed up with Lucas going since Brad has secrets that he is afraid will come out; Julian had even warned him about it! Lucas will continue to remain suspicious, and brings up in the session that he thinks Brad is hiding something from him; Julian will continue to undermine Brad, wanting Lucas to be free from Brad without Julian having to interfere and risk Brad telling Lucas, who is Julian’s son, that Julian was in on the secret of the baby swap all along!

That’s all for this week’s Five Key Takeaways from GH. Stay tuned to the show, and keep checking General Hospital spoilers frequently for all the latest news, updates and developments!