The Bold and the Beautiful Spoilers: Quinn Asks Bill To Meddle In Wyatt’s Engagement To Sally 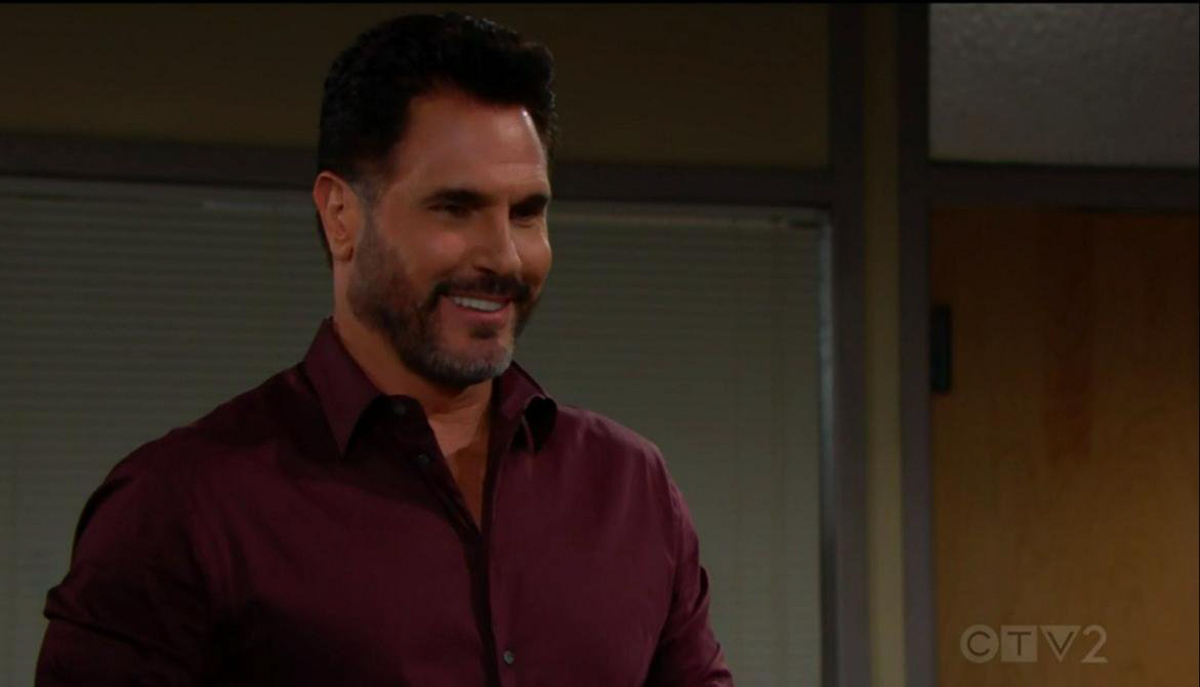 The Bold and the Beautiful (B&B) spoilers tease that Wyatt Spencer (Darin Brooks) will get a surprise. He’ll get a visit from his dad, Bill Spencer (Don Diamont), who will relay some disturbing news. As B&B viewers know, Wyatt’s mom Quinn Forrester (Rena Sofer) has a tendency to meddle in his love life. She wasn’t thrilled when he was dating Katie Logan (Heather Tom), and she most certainly is not happy now that Wyatt is engaged to Sally Spectra (Courtney Hope).

Well, it seems that Bill will have recently received a visit from Quinn. As B&B viewers know, Quinn really wants Wyatt to be with Flo Fulton (Katrina Bowden). Despite the fact that Flo posed as Beth Spencer’s (River Davidson and Madeline Valdez) birth mom and lied about Beth’s existence to Hope Logan (Annika Noelle) for months, Quinn would much rather see Wyatt with her than with Sally. Quinn absolutely loves Flo and has been quick to forgive her.

During Quinn’s visit will Bill, she’ll have asked Bill to help her by meddling in Wyatt’s relationship with Sally. Well, Bill will then turn around and tell Wyatt about Quinn’s request, which will probably irk Wyatt. Wyatt probably won’t be surprised, though, since he’s used to his mom trying to meddle. Plus, he knows that Quinn can’t stand Sally and would do just about anything to undermine his relationship with her.

Well, according to B&B spoilers, Bill will end up having an honest conversation with Wyatt. It looks like he’ll stop short of meddling, but he will convey how his feelings have recently changed with respect to Flo. As B&B viewers know, Flo was Katie’s kidney donor and literally saved her from the brink of death, and for that Bill will always be grateful. He’ll probably never get over what she did to Beth, but he won’t be able to deny that Flo’s the reason that Katie is alive today.

The Bold and the Beautiful Spoilers: Liam Shocked By Hope’s Behavior – Goes Crawling Back To Steffy https://t.co/E9jHO3P4Hf pic.twitter.com/hVF8YdpzlG

The Bold and the Beautiful spoilers say that Wyatt will really get to thinking after this conversation with his father. He’ll realize that he never really stopped loving Flo, even though he left her and got back together with Sally. So, Wyatt may have a big dilemma on his hands going forward – he may just find himself in love with two women at the same time while engaged to one of them.

We’ll see what Wyatt does next – he may want to re-evaluate his engagement to Sally. After all, now that he knows that Flo made such a big sacrifice for Katie, he’s starting to see her as the same person that he originally fell in love with. Do you think there’s a chance that Wyatt will call off his engagement to Sally and go back to Flo?