The Young and the Restless Weekly Spoilers October 28 to November 1: Adam In The After Life, Sharon Dreams Of Simpler Times 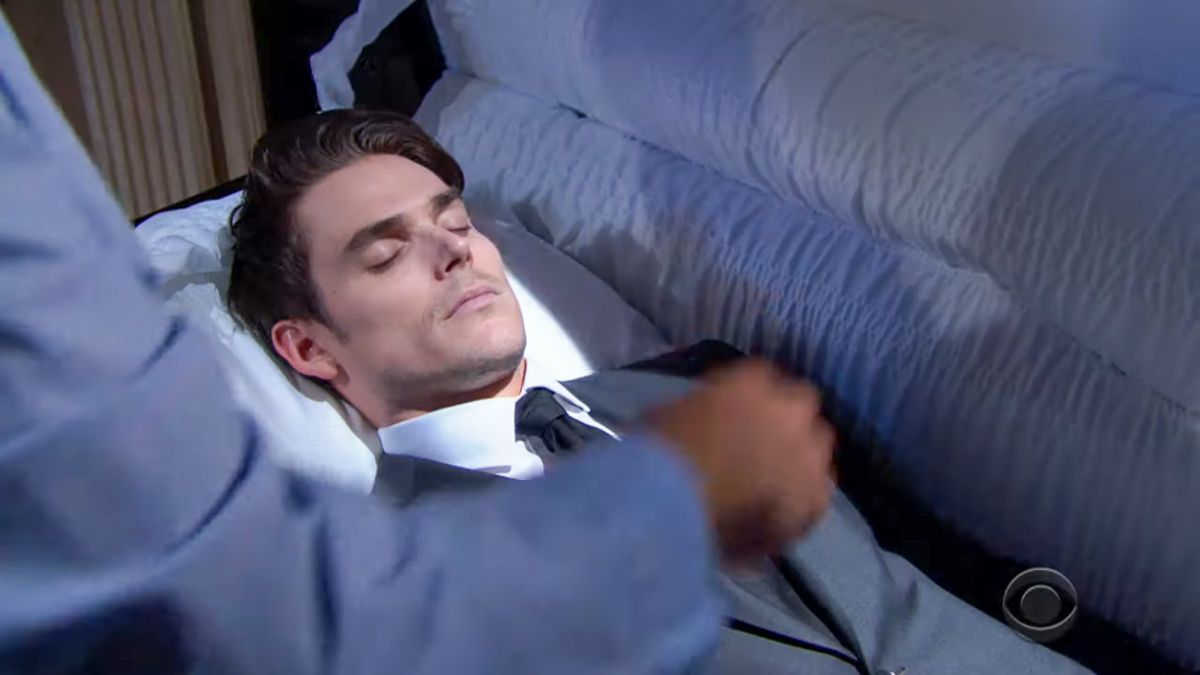 The Young and the Restless promo for the week of October 28th thru November 1st indicate that the citizens of Genoa City prepare to celebrate Halloween as lots of tricks and treats are in store for everyone.

Halloween is a time to have fun and many of Genoa City citizens are going to be dressing up. Victoria Newman (Amelia Heinle), Billy Abbott (Jason Thompson), and their kids are dressed up ready for a good time. They meet Nick Newman (Joshua Morrow), Chelsea Lawson (Melissa Claire Egan), and Christian Newman (Alex Wilson) at Crimson Lights then set out to go trick or treating.

Meanwhile, Lola Rosales (Sasha Calle) and Kyle Abbott (Michael Mealor) are planning a small get together for Halloween. The two arrive at the Abbott mansion with a cake to celebrate the holiday with Kyle’s family. Yet, they’re going to be in for a shock, one that appears to put Kyle in a solemn mood.

During Halloween many Y&R characters will experience strange dreams that will affect them. Abby Newman (Melissa Ordway) is seen waking up in bed, startled by her dream.

Sharon Newman’s (Sharon Case) dream takes her back decades ago with her sporting a black wig, old fashioned clothes, and working as a secretary.

Meanwhile, Phyllis Summers (Michelle Stafford) has a dream in which she’s an older woman and running Newman Enterprises. Phyllis is seen behind her desk as she talks business with Jack Abbott (Peter Bergman) and Kyle. She tells the men their services will no longer be required, then snaps her fingers to make them disappear.

While Halloween is a fun time for others, it can be scary for others. One person who may suffer a tragedy is Adam Newman (Mark Grossman).

Adam is seen telling someone to live their best, most evil life. Later Nick is seen opening a casket with Adam in it. We also see Nick holding a butcher knife.

In a clip from the promo, Chelsea is talking with Nick and says that he wants this, he wants it bad.

Nick has had a rivalry with Adam and believes that his brother is evil. Could Nick have reached his breaking point and decided to get rid of Adam so he wouldn’t cause anymore pain to the Newman family?

Odds are the coffin scenes are a dream that Nick’s having. But you have to wonder how the dream is going to affect Nick.

Will he have a change of heart when it comes to Adam? Or could we see a reversal of roles between the brothers?

Nick’s always been the good guy, while Adam’s the bad guy and outcast. But the nightmare could have Nick tapping into his evil side and causing pain to his loved ones.