Days of Our Lives Spoilers: Jordan Frames Ben, Stays One Step Ahead Of Ciara 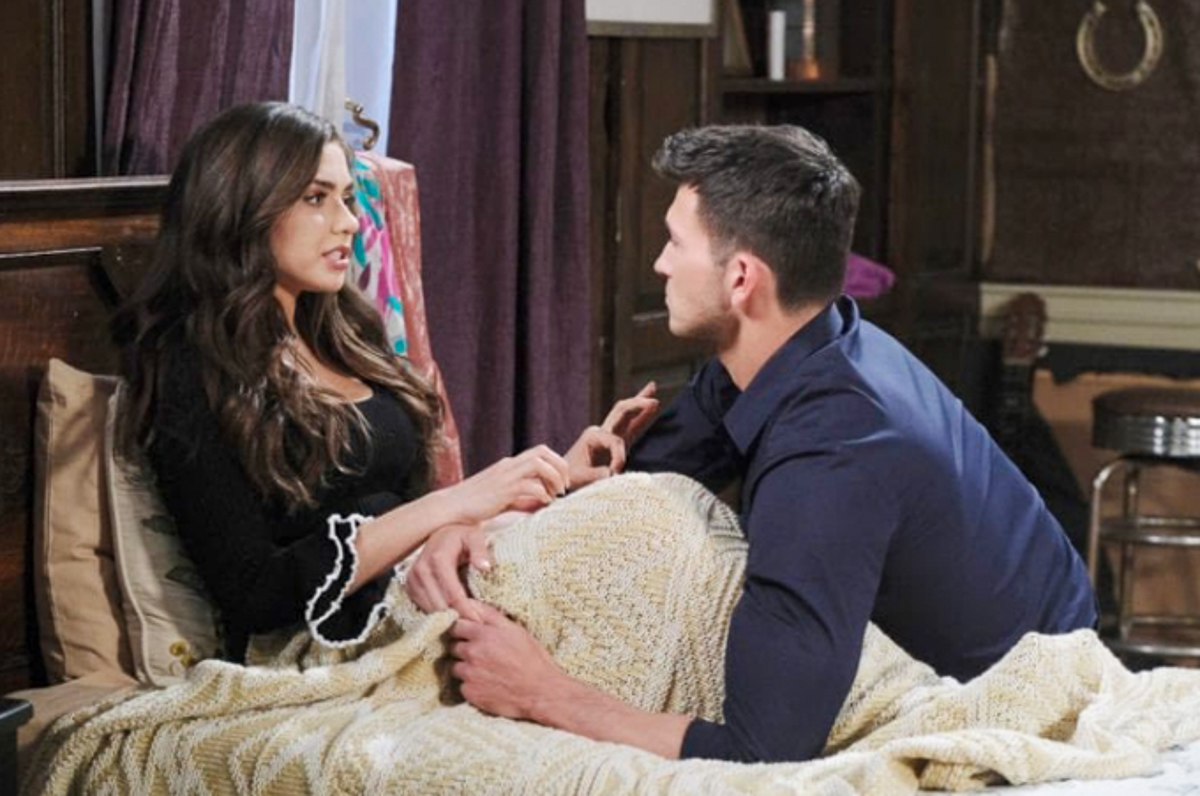 Days of Our Lives viewers will recall that Jordan made a batch of cupcakes in Wednesday, October 23rd’s episode, poisoning one of them with an unknown substance from a small brown bottle. A near tragedy occurred when Arianna Hernandez (Harper and Sydnee Udell) gave Ciara’s cupcake to baby David Ridgeway (Jaxton and Dexter Ellis) in Thursday, October 24th’s episode, but luckily he hadn’t eaten any of it and Jordan retrieved it intact from his crib.

However, in Friday, October 25th’s episode, Ciara became ill and Rafe Hernandez (Galen Gering) passed out cold! It would seem that Rafe grabbed the wrong cupcake; and Ciara may have become ill for an unrelated reason, unless she took a nibble of the poisoned cupcake, took the identifying flag out of it, and then Rafe picked it up and finished it! Jordan had put a little flag with everyone’s name on it on each cupcake.

By the time Rafe is taken to Salem University Hospital unconscious and blood tests are likely taken which identify the poison that he consumed in the cupcake, Ciara will find something incriminating in Ben’s coat pocket, and it will probably be that little brown bottle, and Jordan will have placed it there to frame Ben! Of course, Jordan never meant for Rafe to be poisoned, she was aiming for Ciara, but likely figured she could kill two birds with one stone by poisoning Ciara and then framing Ben for it!

Once it has been confirmed that Rafe is a victim of poisoning, then Ciara will be forced to confront Ben with the bottle and hopefully the two will figure out that Jordan was trying to frame him; otherwise she will be forced to decide whether to believe him or not. Ciara will know that Ben would have had no rational motive to poison Rafe, but he will probably get an intensive interrogation by Ciara as to whether he has been taking his psychiatric medications regularly to make sure he has not regressed!

Days of our Lives Spoilers: Exciting Things Are Coming! Two Proposals In One Week! https://t.co/gLrxVNNQ6Z pic.twitter.com/8rsjfbrYYA

Days of Our Lives Spoilers – It Looks Like Rafe Hernandez Will Recover, But Will Also Be Suspicious

There are other DOOL spoilers for the week of October 28th that indicate Rafe will recover, probably having had his stomach pumped but he will be suspicious. Will Ciara and Ben give Rafe the bottle to be tested for the poison that he ingested, or will Ciara and Rafe both suspect that Ben was trying to poison someone? Or maybe Rafe will suspect someone else, and Ciara and Ben will agree with him. Either way, the incriminating evidence will need to go to the Salem Police and be tested forensically! The bottle would certainly be small enough for Jordan to plant in Ben’s pocket!