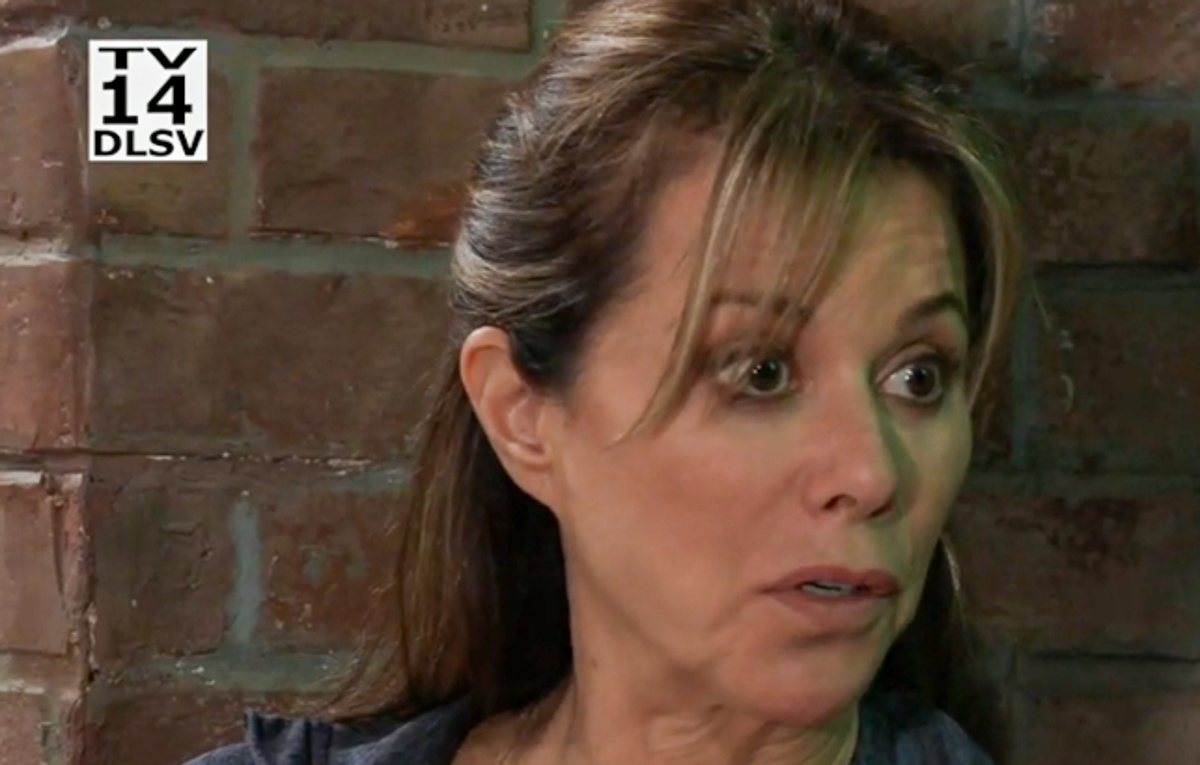 General Hospital (GH) spoilers tease that Kendra Lennon’s (Michelle Argyris) plot against Alexis Davis (Nancy Lee Grahn) is about to finally begin to take shape. Kendra recently became Alexis’ new personal trainer/life coach but as viewers know, her motives are not what they seem. Kendra is out to make Alexis pay for the death of her brother, Kiefer Bauer (Christian Alexander). Kiefer was Kristina Corinthos-Davis’ (Lexi Ainsworth) boyfriend, but he was abusive to her. Alexis accidentally ran down Kiefer with her car, and was even charged with the crime, but she was found innocent and cannot be tried again.

When it came time for Kristina to give her Dawn of Day pledge, she lied and said that Alexis deliberately ran down the young man. Cult leader David Henry Archer aka Shiloh (Coby Ryan McLaughlin) called Kiefer’s family to let them know about what Kristina said in her pledge. So Kendra came to town to get revenge for her brother! As part of her plan, she convinced Alexis to take a dietary supplement. Alexis, being careful about what goes into her body, had the first cannister of the powder tested to make sure there was nothing harmful in it. But Kendra had expected Alexis to do just that, so when Alexis needed a second supply of the powder, it will be the tainted one.

So now that Alexis has started using Kendra’s second batch, she will start feeling ill. At first, it will seem like Alexis just has the flu, but as her symptoms continue to worsen, it will soon become very apparent that something else is going on. As Alexis becomes deathly ill, her friends and family will grow increasingly concerned, and she will end up in General Hospital. The doctors will work diligently to find out what exactly is causing Alexis’ sudden illness. Hamilton Finn (Michael Easton) will have a difficult time diagnosing Alexis ailment so it will take some time to isolate the poison.

Kristina ran into Alexis with Kendra, and seemed to recognize her. If Kristina realizes who Kendra is, then she may be able to figure out that Kendra is behind the poisoning. Spoilers indicate that Kristina will eventually confront Kendra. Kristina will admit that she lied about Kiefer’s accident to Shiloh. Kendra may believe that Kristina is just lying to save her mom, but eventually Kristina will get Kendra to understand what happened and convince her to tell her what exactly was in the supplement. But will it be in time to save Alexis?

Will Kendra succeed in killing Alexis? Can Kristina make things right and save her mother? General Hospital spoilers indicate some very tense scenes coming up, so stay tuned to General Hospital weekdays on ABC! And you can always check back here often for all your General Hosptial news, information and spoilers!