General Hospital Spoilers: Cameron And Josslyn Both Drifting Away From Family And Friends 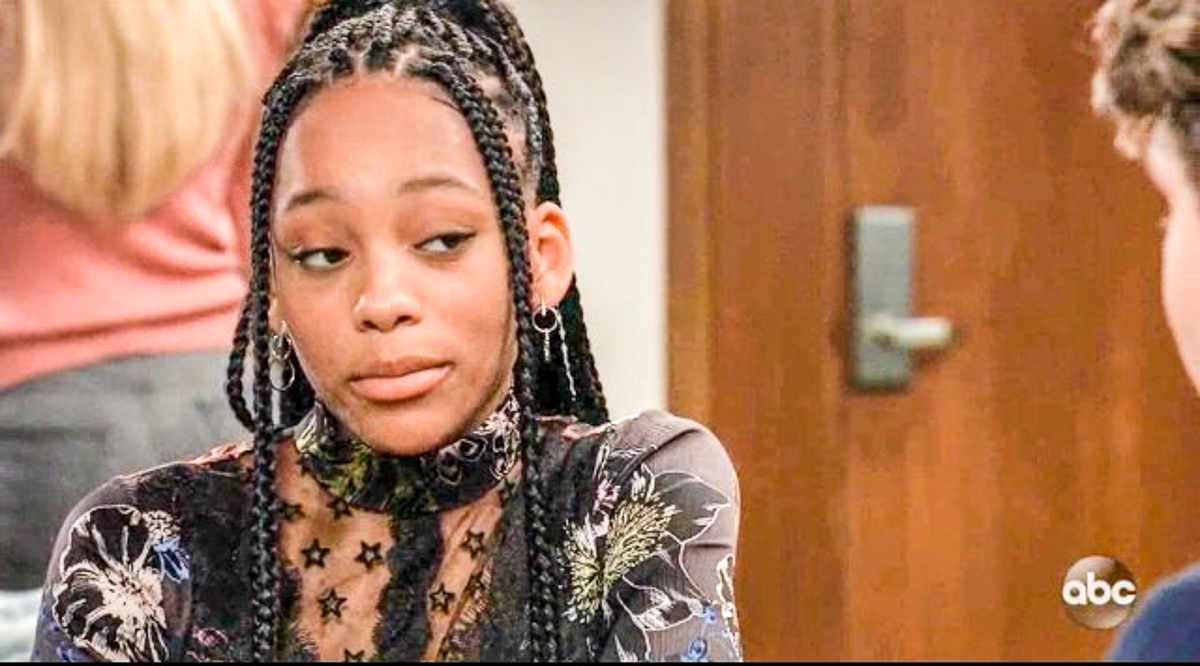 General Hospital (GH) spoilers tease that the first big dance of the school year in coming up at Port Charles High School. Trina Robinson (Sydney Mikayla) and Josslyn Jacks (Eden McCoy) were talking about it with teacher Dustin Phillips (Mark Lawson). It looks to be the first dance of the school year, and since it’s Halloween themed, it should bring both tricks and treats to the teens of Port Charles.

General Hospital Spoilers – Cameron Webber may not feel like going

Cameron Webber (William Upton) will need convincing to go, more than likely. He just had to testify in Franco Baldwin’s (Roger Howarth) competency hearing and it was an emotional experience. He also angrily confronted Jason Morgan (Steve Burton) about his testimony, so he had a lot on his mind. But his friends, especially Trina, are pretty persuasive, so look for her to find a way to convince him. Perhaps he and Josslyn, might go together as friends.

Josslyn herself has been spending most of her journaling. And although Dustin was the one who suggested writing to help Joss get all her feeling out, he most certainly didn’t mean for her to do that at the expense of her social life. So likely Dustin will have to convince Joss that she should go, and Joss may just get the wrong idea about why he wants her there. This may casue some big problems down the road.

Dev Cerci (Ashton Arbab) and Trina will most likely me the ones that are actually looking forward to the dance. Trina just got a brand new job working for Ava Jerome (Maura West) so she will want to celebrate with her friends and she has long had a crush on Dev, so maybe she will act on it and ask him out. Dev may not share those feeling as he seems to have a flirtation happening with Joss, at least on his part.

GH Spoilers – Regardless of who likes who it should be fun

Regardless, of who is crushing on who, these four are teenagers who should just be enjoying themselves. Joss and Cameron, especially have had to deal with some pretty adult situations and it would be nice to just see them being kids, having fun and enjoying themselves. And with it being Halloween, there will surely be a scare or two. Nothing too serious, just some fun scares on Halloween! Stay tuned for all the teenage angst on General Hospital, airing weekdays on ABC. And don’t forget to check back here regularly for all your General Hospital news, information and spoilers.