The Bold and the Beautiful Spoilers: Bridge Pushed To the Edge – Thomas’ Plans Working 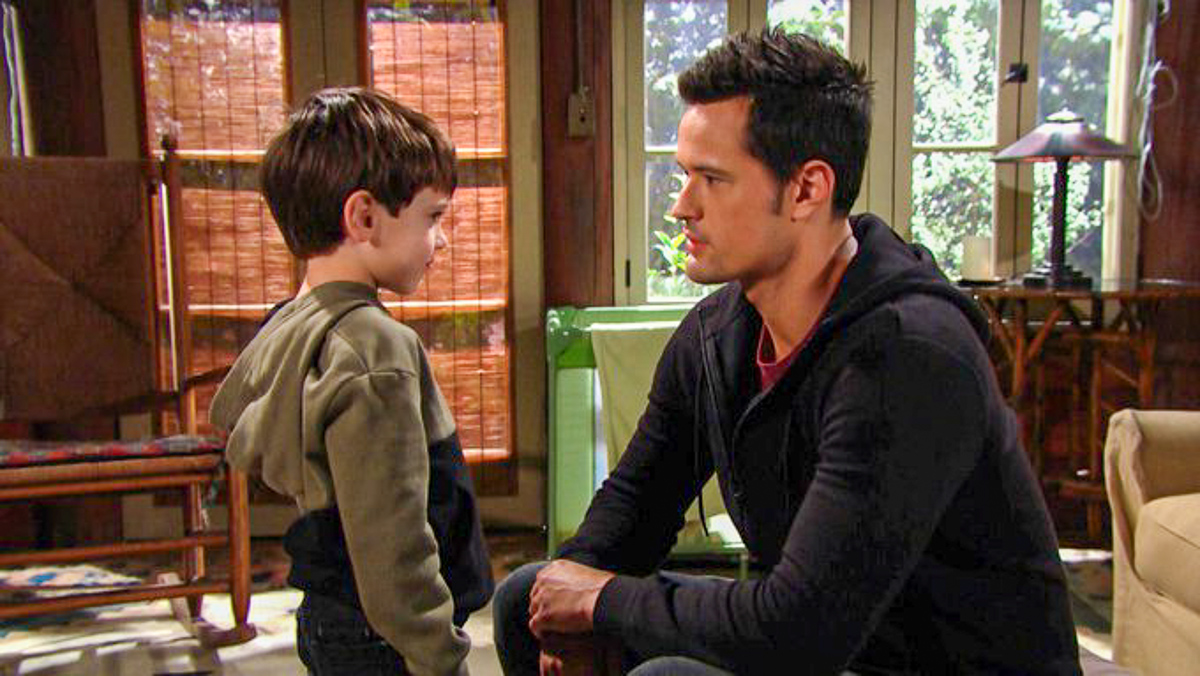 Ridge Forrester (Thorsten Kaye) is not going to allow his son to be manipulated on ‘The Bold and the Beautiful’. After telling Thomas Forrester (Matthew Atkinson) that he should never sign adoption papers, both men stormed over to the estate of the woman, Ridge’s wife, who provoked this event.

Now, as the increasing Forrester-Logan battle rages, B&B fans see that Thomas’ plan to use his father has worked once again.

While he was alone with Hope Logan (Annika Noelle), the lady he recently granted a no-pushback annulment to, Thomas appeared to be swayed by her proposal. No, not to remarry, but for Douglas to be adopted by ‘Lope’.

Atkinson earns continued high props for making Thomas genuinely look like he was persuaded by Hope, when he surely wasn’t. Confirmation of that plot point happened later, when Thomas smirked after his father believed he’d taken charge of the situation in the Forrester Creations’ main office.

Thomas knew and knows exactly what he’s doing. He’s allowing Ridge to fight his battles, while also using said drama to push ‘Bridge’ to the cliff, with that marriage now hanging by a weakening soapy thread.

In front of some people, like, for example, Zoe Buckingham (Kiara Barnes), Thomas will openly detail his plans to push the Logan’s out of his and his father’s life, thereby banishing them from FC as well. When other selected individuals are around, including someone who is listed under his ally column, like Ridge, Thomas will act as though he’s confused.

The two faces of Thomas underscore that his mental health issues haven’t been treated. This is Brooke’s strongest assertion and one that she’s totally right about.

However, Ridge is overcome by his parental feelings. He feels obligated to not just help his son, but to enable him. Though Ridge doesn’t yet realize that’s what he’s been doing.

#BoldandBeautiful Spoilers: Wyatt Torn Between Sally and Flo – Which Woman Will He Choose? @celebratesoaps https://t.co/aC1Tv7TjtI

Bold And The Beautiful Spoilers – Bridge’s Break Will Spark Mayhem

Thomas is successfully projecting his misplaced anger for Brooke, Hope, and others into his father’s mind. Ridge is allowing himself to serve as Thomas’ avenger, which actually is furthering trouble on many levels.

If ‘Bridge’ actually breaks, mayhem will ensue in this fictional version of Los Angeles, California. Fans know that it’s not far-fetched to believe Ridge will then join Thomas in calling for the ouster of Brooke and her family from FC.

Numerous connected characters have already been roped into the drama. Unless something changes, or Ridge either sees through Thomas’ plan, or otherwise recognizes that he’s being manipulated, Kaye’s character will put his family and the family business in greater danger.