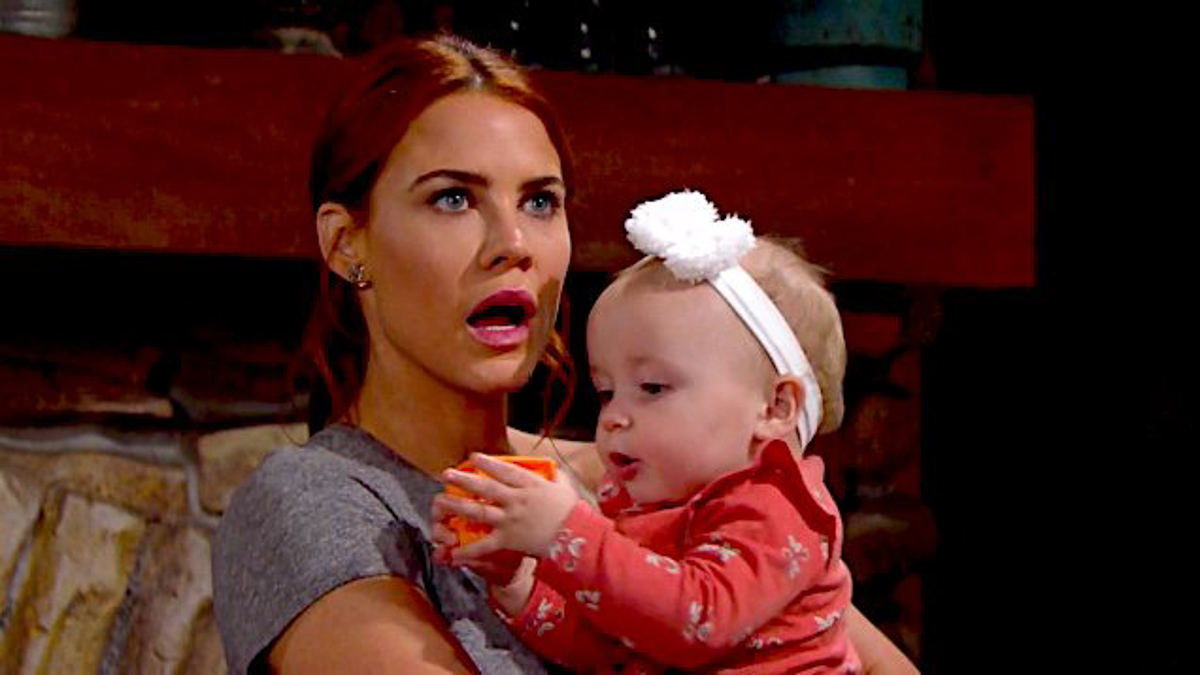 The Bold and the Beautiful spoilers tease that Wyatt Spencer (Darin Brooks) may have asked Sally Spectra (Courtney Hope) to marry him. But that doesn’t mean nuptials will happen, or that she’s even his greatest current love.

Flo Fulton (Katrina Bowden) was Wyatt’s high school sweetheart. But she became more than a fond memory after arriving in Los Angeles, California, with Dr. Reese Buckingham (Wayne Brady). The infamous arc she was linked to didn’t serve to sway Wyatt’s opinion about his two-time significant other.

Bold And The Beautiful Spoilers – Fatherly Advice Hits The Mark

Bill Spencer (Don Diamont) hasn’t always been the best father to Wyatt, or to his brothers Liam Spencer (Scott Clifton) and Will Spencer (Finnegan George). But Dollar Bill changed his ways in recent months and is compassionate these days.

Wyatt took his dad’s advice. He knows that not being fully committed to Sally, internally, would eventually create problems if, in fact, Wyatt does marry her.

Before he proceeds any further, Wyatt must decide how he feels about both ladies. Then, he needs to make a choice. Whether each character will allow him to waver in the meantime is a good question as well.

Bold And The Beautiful Spoilers – Sally Spectra Is Very Forgiving

Not every woman would have forgiven Wyatt as quickly and as openly as Sally did. But after he came back to her, telling Sally how Flo was involved in the Beth Spencer (Madeline Valdez and River Davidson) steal and conceal, Miss Spectra embraced him.

The engagement offer followed soon thereafter, which was partially a reaction to Flo telling Wyatt that he was still the only man for her. Tellingly, Flo hasn’t bonded with any other man. She, like Sally in the recent past, appears to be waiting for Wyatt to return. But what if that doesn’t happen?

It seems obvious that Flo would take Wyatt back in an instant if he breaks his second relationship with Sally. That doesn’t seem certain as of this fall, but fans know soapy turns can come swiftly.

Shauna Fulton’s (Denise Richards) advice about the Logan’s has helped, with Flo donating her kidney to Katie Logan (Heather Tom). Tom’s character and some members of her clan, along with those who are connected to it have started to see Flo in a different light, which may eventually allow her to repair broken bonds.

If Wyatt does consider his father’s recommendation and a subsequent soul search concludes then yes, Sally, may be the woman he wants to spend the rest of his life with. But then Flo will have a choice to make. What would be left in LA, considering all that’s happened and in knowing that the love of her life wouldn’t be part of the future?