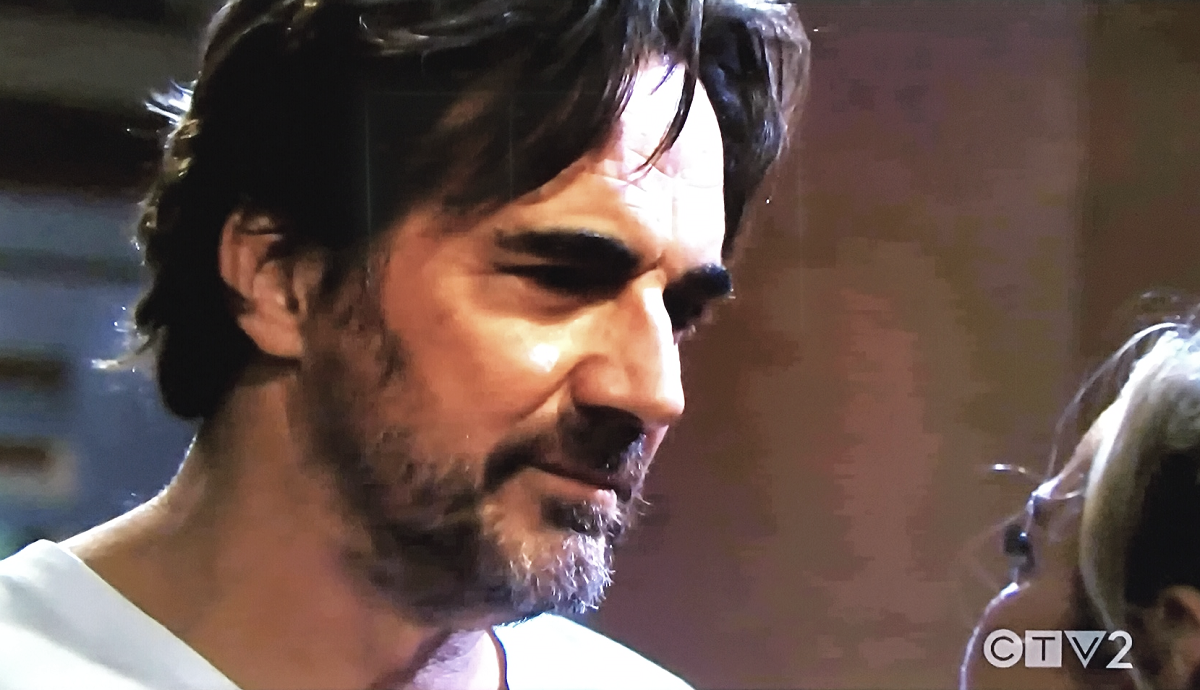 The Bold and the Beautiful spoilers for Tuesday, October 29, tease that Ridge Forrester (Thorsten Kaye) will surprise Shauna Fulton (Denise Richards). As B&B viewers know, they’ve just shared a kiss in the guesthouse at the Forrester estate. Shauna was there because Quinn Forrester (Rena Sofer) let Shauna stay in the guesthouse but neglected to tell Eric Forrester (John McCook) about the arrangement, which led to some humorous moments between Shauna and Ridge.

Those humorous moments then led to passion, and now Ridge and Shauna are in the middle of a passionate kiss. And on Tuesday’s B&B episode, viewers will see what happens next. Will Ridge and Shauna end up making love?

Of course, Ridge is currently in a weird state of mind. Things aren’t going well in his marriage to Brooke Forrester (Katherine Kelly Lang). As B&B viewers know, Brooke took off her wedding rings and gave them back to Ridge, then Ridge removed his own wedding ring before retiring for the night. He’s feeling like there’s little hope that his marriage will be saved at this point, so he could choose to make a move on Shauna that goes beyond just kissing.

Meanwhile, on Tuesday’s new episode of B&B, Hope Logan (Annika Noelle) will catch up with Brooke. As B&B viewers know, Hope was very upset when Douglas Forrester (Henry Joseph Samiri) was taken from her home by Thomas Forrester (Matthew Atkinson) and Ridge. Hope had really grown to think of herself as Douglas’ mother, and she misses the little boy like crazy.

But it seems that Hope will have a plan to hopefully reclaim Douglas and get him away from Thomas once and for all. According to B&B spoilers, Hope will tell Brooke that she plans to use Thomas’ love for her to take Douglas away from him. Hope can tell that Thomas still has feelings for her and would like to be with her. She’ll think that she can perhaps manipulate Thomas into believing they might have a future together, so that he’ll sign over joint custody of Douglas to her.

Bold And The Beautiful Spoilers – Brooke Forrester Worries For Her Daughter

Brooke will likely caution Hope about this plan, however. Although Brooke would like nothing more than for Douglas to be taken away from Thomas, she’ll probably be skeptical about Hope’s plan to try to manipulate Thomas. Brooke doesn’t trust Thomas, and she’ll probably be worried for Hope’s safety and well-being.

But it looks like Hope will be hell-bent on enacting her plan. She’ll soon make plans to attend the Forrester Halloween party, where she’ll put her plan in motion and start to work on Thomas, leading him to think that the two of them could have a future together with Douglas. It will be a sneaky and dangerous plan, but she’ll barrel forward with it despite Brooke’s reservations.