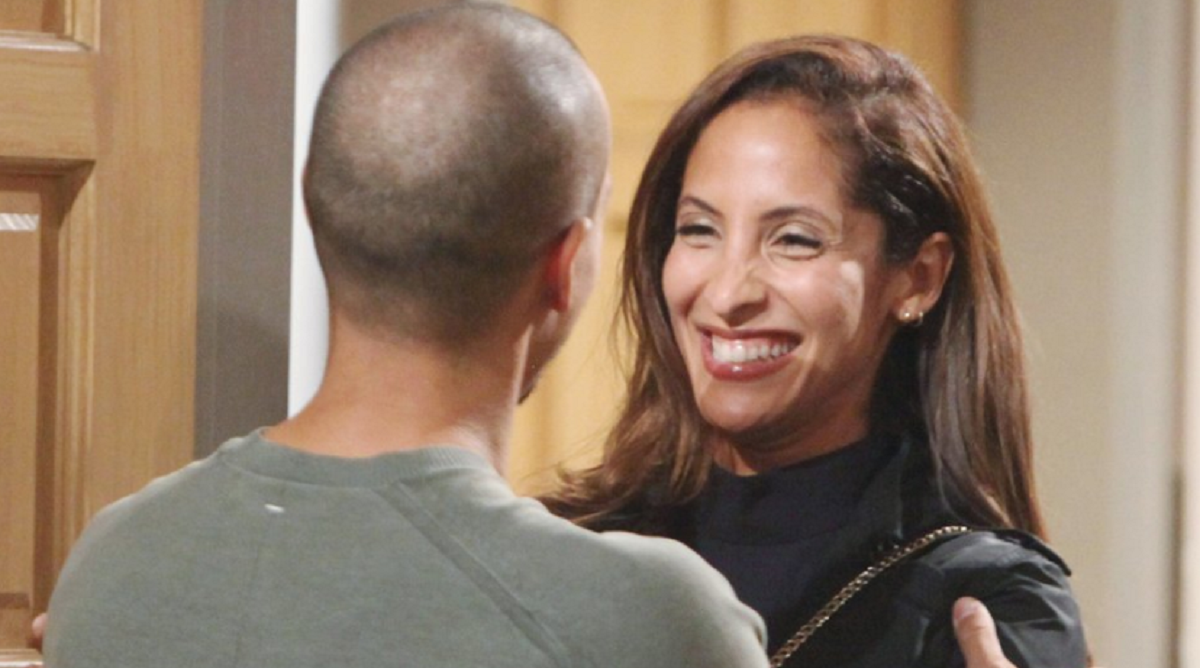 Devon Hamilton (Bryton James) has mixed feelings about what’s right on ‘The Young and the Restless.’ He wants to abide by Katherine Chancellor’s (Jeanne Cooper) wishes, but also doesn’t trust that Cane Ashby (Daniel Goddard) will handle the weighty responsibility that may be passed to him.

Elena Dawson (Brytni Sarpy) has been a great addition to Devon’s life in recent months, especially considering the stunning arrival of Amanda Sinclair (Mishael Morgan) in Genoa City, Wisconsin. However, as was suggested to him, Lily Winters (Christel Khalil) is an ideal confidant considering the situation that’s developed.

Khalil opted to move to recurring status last year. The longtime Y&R actor stated that the move was voluntary because she wanted to spend more time with her family and pursue some outside projects.

Young And The Restless Spoilers – Christel Khalil Always Welcomed Back

Thankfully this beloved member of the cast agreed to keep Lily alive, as she is the main genetic link to two iconic characters who have passed. Drucilla Winters (Victoria Rowell) and Neil Winters (Kristoff St. John) both died unexpectedly, with Dru’s passing occurring more than a decade ago and Neil dying earlier this year. Y&R and its fans mourned the loss of St. John in February.

When you think you see a ghost… #YR pic.twitter.com/0aPf8Wwo06

Currently, Lily is helping inmates to develop their skills in preparation for transition back into society. She’s able to take a leave from that job to help her brother, who resolved his differences about the accident with her during the time of Neil’s passing.

Young And The Restless Spoilers – Scenario Of Delena Verses Demanda

As was referenced, Elena and Devon have become close. It appeared as though ‘Delena’ was on an engagement path. However, Amanda’s presence obviously tees up the potential for a triangle to form.

Lily, more than anyone, saw Hilary as a problem for Devon. That’s what made the tragic accident very ironic.

After recognizing the incredible likeness Amanda has to Hilary, Lily will surely offer sound advice to her brother about him keeping his guard up. Whether he’s able to abide by what’s said will surely be connected to whether Amanda proves out as Hilary’s identical twin.

Devon believed that his grandmother wanted him to have half of her fortune. He took that as her signal for him to use the money to do good around the world.

Choosing to give Cane what’s left would do more than dramatically lessen Devon’s bank accounts. He’s wondering if assets he’s purchased, like Hamilton-Winters, the penthouse, and other items, should also be turned over to Cane?

Fans know that Goddard is exiting Y&R’s cast. So, it does appear that the reveal about Katherine’s wishes will (pun intended) hold. And with that Devon has a complicated decision to make and needs his sister’s input. This site is a leading source for everything linked to ‘The Young and the Restless’.