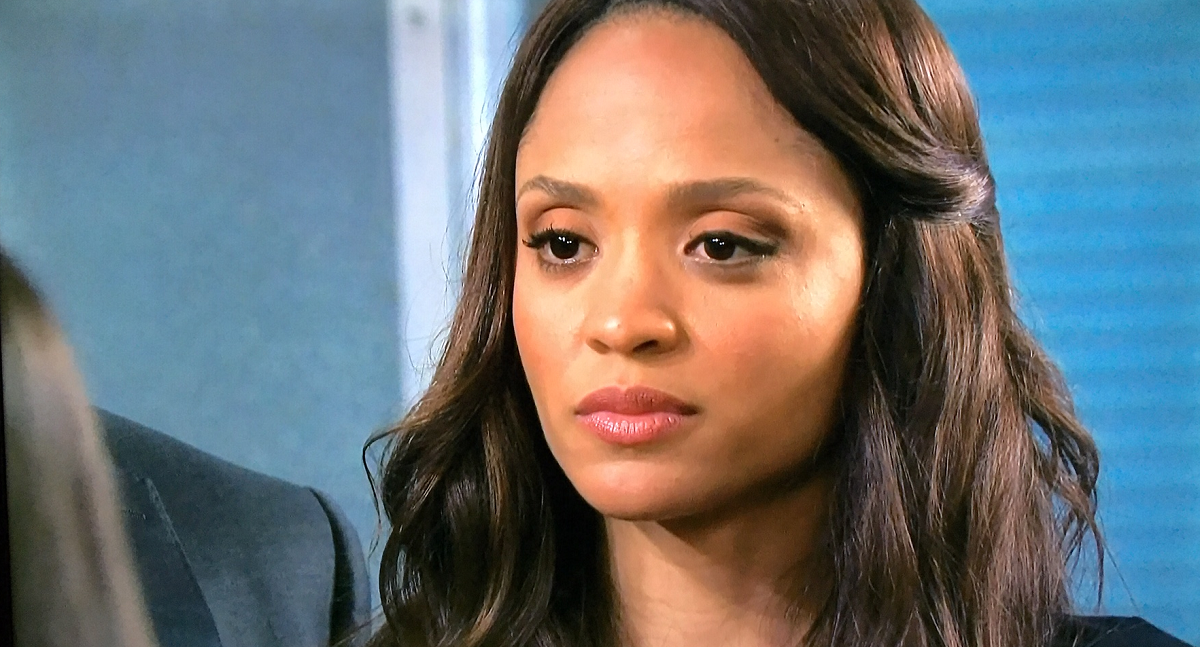 Days of Our Lives (DOOL) spoilers for Wednesday, October 30, tease that Lani Price (Sal Stowers) attempt to outwit Gabi DiMera (Camila Banus) won’t pan out. She’ll do whatever she can to avoid dumping Eli Grant (Lamon Archey) at the altar, but Gabi just won’t listen.

Over with Nicole Walker (Arianne Zucker), she’ll face off with Xander Cook (Paul Telfer. He’ll goad Nicole a bit about Eric Brady’s (Greg Vaughan) lingering feelings for Sarah Horton (Linsey Godfrey). It won’t be long until Sarah approaches and overhears. She’s sure to have some questions about Xander and Nicole’s suspicious conversation.

Meanwhile, Days spoilers say Ciara will be unnerved by Jordan’s visit. Jordan will try to convince Ciara that it’s best to put Salem in the rearview mirror.

She’ll blame Ben for the poisoning scheme and argue that Ciara has to get away from him. Since Jordan plans to leave with David Ridgeway (Jaxton and Dexter Ellis), she’ll urge Ciara to come along, too.

Ciara will insist that Jordan would be better off sticking around, but she’ll have a hard time changing Jordan’s mind. Even so, the real goal here will be to keep Jordan talking and delay her journey. Ciara will certainly hope help arrives before Jordan can escape with the baby.

Days Of Our Lives Rumor: Will Jennifer Go Into A Coma? https://t.co/eLazLkRCyS pic.twitter.com/AA1z14Tmvc

The good news is Ben will arrive before Jordan does anything dangerous. The bad news is Jordan will indeed make her getaway with David! Days of Our Lives spoilers say Ben will race off to find Jordan and his nephew. He’ll eventually return, but he’ll only have David in tow.

That means another Jordan search will get underway later this week – and it’s one that could turn deadly! We’ll give you updates as other Days details and rumors emerge. Stick with DOOL and don’t forget to check back often for the latest Days of Our Lives spoilers, rumors, updates and news.