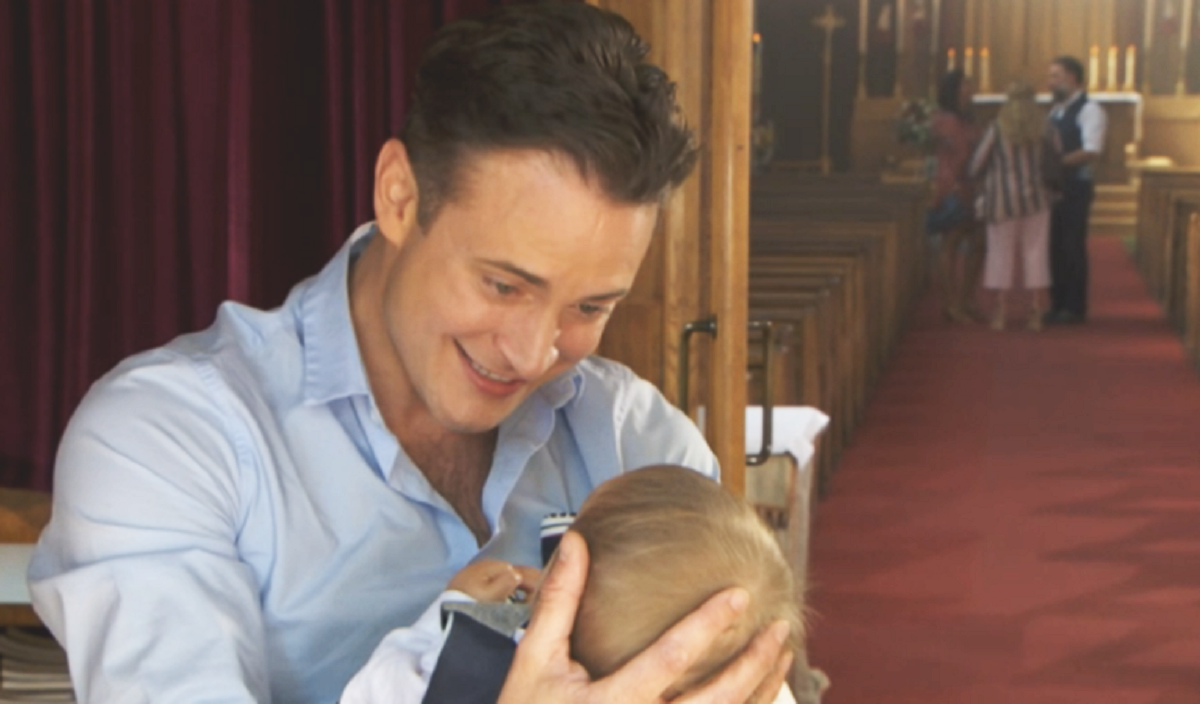 Hollyoaks spoilers reveal that Luke Morgan (Gary Lucy) is conflicted over whether he should reveal the baby DJ bombshell. Meanwhile, Breda McQueen (Moya Brady) considers freedom for a victim, but will she actually follow through?. Keep reading to get all the details on what to expect.

Hollyoaks spoilers reveal that Luke will discover the truth about baby DJ’s paternity. According to Metro, actor Gary Lucy spoke about the character learning the truth.

“It completely spins him out. He feels a whole mix of emotions, he feels betrayed…. As a father, I can relate to how heartbreaking it must feel to have lost out on all of the times with baby DJ, the big moments.”

Hollyoaks Spoilers – Luke Morgan Realizes He Would Break Up A Family

Even though Luke now knows the truth, despite all the lies and secrets, he doesn’t expose DJ’s true paternity. The reason is because Luke realizes that it would break up a family.

Plus, he has relapsed and is back to drinking heavily. He’s not in a position to raise a child and keeping the paternity hidden is best for everyone right now. This includes the child in question — baby DJ.

Hollyoaks spoilers tease that there is more drama than just Luke and baby DJ. There is the situation with Breda. She worries that her loved ones are starting to figure out the truth. This leads her to believe that her only choice is to kill Tony Hutchinson (Nick Pickard).

Hollyoaks Spoilers – Will Breda McQueen Consider Turning Herself In?

The prisoner begs for Breda not to let him die. In fact, he tries reasoning with her, telling Breda that she could release him and turn herself in. At this point, he is willing to try anything in order to get free from the prison he is in. Even though she considers it, whether she actually frees the man or not is another story.

What do you think the future holds for Luke and baby DJ? Will Tony end up dying while being held hostage? Or will Breda actually let him go, risking her being exposed and having to pay for her crimes? Fans will just have to keep watching to see how these storylines unfold.

Be sure to tune in to catch up on everything happening on the TV show right now. Come back here often for Hollyoaks spoilers, updates, news, and rumors!