Young And The Restless Spoilers: Traci And Jack Have A Visitor; Learn Shocking New Info! 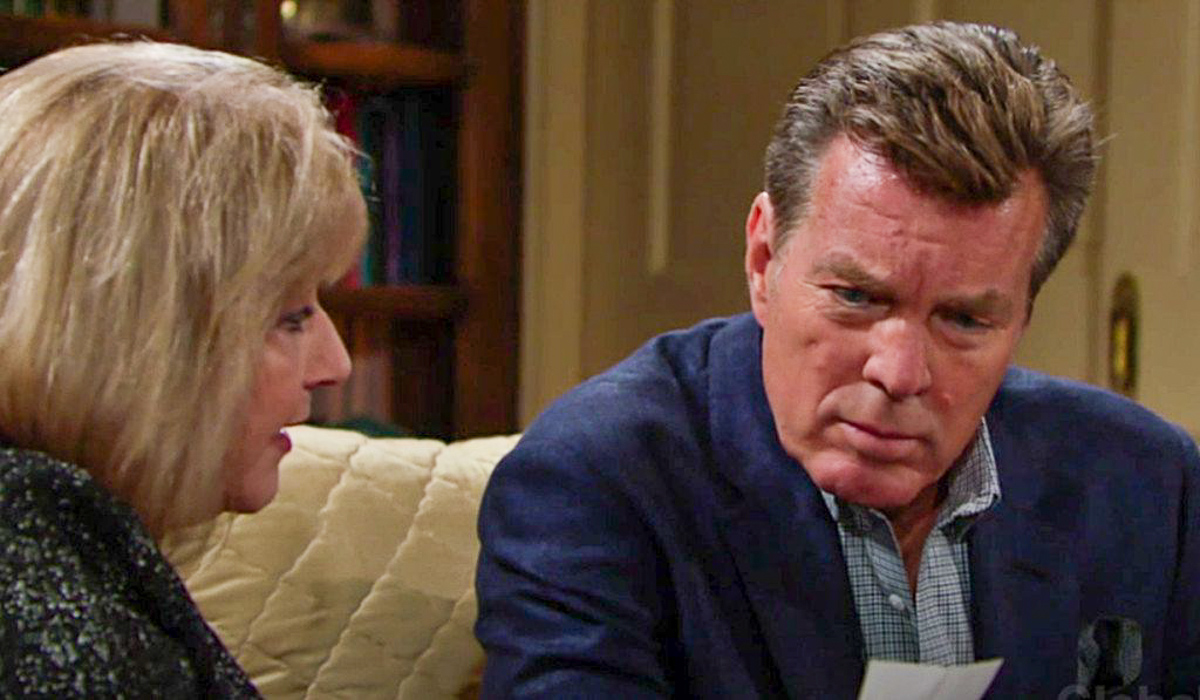 The Young and The Restless spoilers tease that Traci Abbott (Beth Maitland) and her brother Jack Abbott (Peter Bergman) will have a special visitor, an old schoolmate of their mother Dina Mergeron, (Marla Adams) who will be able to shed some light on what happened so many years ago with Stuart Brooks (John Colbert) on that “terrible but beautiful night”.

Traci and Jack manage to track down Dina’s best friend from Walnut Grove Academy, where Dina, John Abbott (Jerry Douglas) and Stuart Brooks all attended, an older woman named Doris Tillington (Mary-Margaret Lewis). Doris is a little hesitant to say much when they ask her about Dina and Stuart and the after-prom party. After they tell Doris that Dina has Alzheimer’s and is in a memory care facility, she backtracks and decides to tell them what they want to know, adding that they may not like what they hear! She tells them that Stuart and Dina were scene partners for a study of Hamlet, which explains Dina’s Shakespeare quotes in the note.

Doris tells Jack and Traci that Dina snuck off with Stuart after the prom, and that the next day Dina confessed to Doris that she had sex with Stuart, even though she was going steady with John, but that it was just a one night stand. She also relates how after graduation, Dina had gone to Europe for a year but never kept in touch with anyone back home. Jack is rather dense and cannot read between the lines, but Traci easily surmises that Dina was pregnant, and explains it to him. Doris explains that the child could not have been John’s. Traci and Jack thank Doris for the information, and she hopes that Dina has made peace with what happened back then and that Jack and Traci will be able to also, and goes home.

As Jack shows Doris out, Traci starts digging through more of their mother’s boxes, and comes across a copy of Hamlet that was likely from back then; as she takes it out, an envelope falls out. Jack exclaims, “It’s an adoption decree!” They look it over, and find that Dina was listed as the mother, but the name of the father was left blank. The baby was named Eric Vanderway (Jon Briddell) and the adoptive parents were named Ralph and Margaret Vanderway. Jack says they have a half-brother out there somewhere! The next step will be to find out more about him and maybe see if they can find him! It seems too much of a coincidence that their newly discovered half-brother’s adoptive last name is the same as Kyle Abbott’s (Michael Mealor) sometimes friend, mostly pest Theo Vanderway (Tyler Johnson)! Could Theo be related to the Abbotts through Eric? Perhaps Jack could nonchalantly ask Theo if he is related to an Eric Vanderway, and maybe drop a little white lie that Eric was an old schoolmate he lost track of! That would be a lot safer than telling Theo he might be related to them!