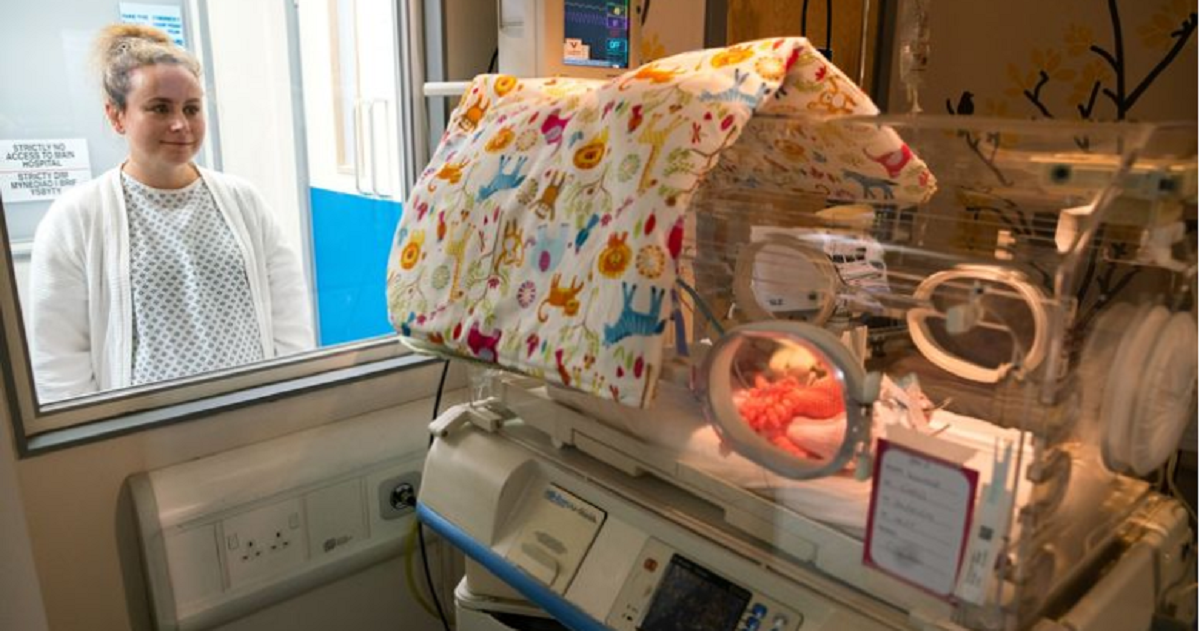 Coronation Street spoilers reveal that in the upcoming week, Gemma Winter (Dolly-Rose Campbell) will give birth to her quadruplets. During a recent interview, the actress discussed her character and the storyline. Campbell explained that Gemma feels “overwhelming responsibility.”

Corrie spoilers tease that fans will finally see Gemma give birth this week. However, it won’t go exactly as planned. Gemma and her boyfriend, Chesney Battersby (Sam Aston) end up getting stuck in a cable car. There they are, 80 feet in the air when her water suddenly breaks.

This certainly wasn’t the ideal delivery situation. Add to this situation that just minutes before, Chesney proposed to his girlfriend.

There is already a lot of press following Gemma around as everyone waits for the delivery. It’s something that is continuing to annoy her. This irritation is just exaggerated by the fact that in a newspaper article, Bernie Winter (Jane Hazelgrove) called Gemma a “love rat.” Just imagine how the press is going to go wild after Gemma’s water breaks in a cable car.

Coronation Street spoilers reveal that despite the scary delivery and the fact Gemma is carrying quadruplets, all four babies are alive and well. However, the mother is disappointed when she finds out she is being discharged, but the newborns must stay in the hospital.

According to Digital Spy, the actress recently said Gemma feels an “overwhelming responsibility.” As any new parent news, having one child is huge. But to have to care for four of them at once, well it’s not for the faint-hearted, that’s for sure.

Making this situation even more stressful, the new mother feels distraught when she discovers what her mother has done. Bernie took it upon herself to create an Instagram account for the babies.

It's a week of trials and tribulations as Gemma and Chesney have a day out to remember and David faces his day in court.

WATCH our Preview Clips for more!

Plus, it seems that they just can’t get away from the press or the babies being given a public nickname. The new parents get a hotel room close by, but there is a catch. They must allow promotion of the “Cable Car Quads.”