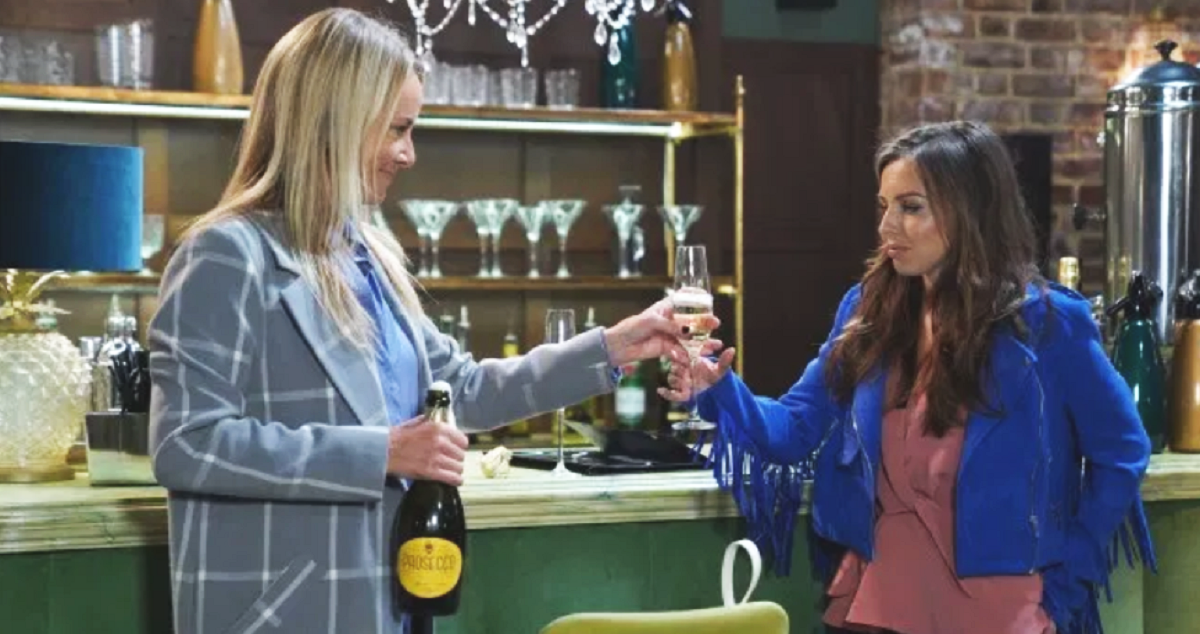 EastEnders spoilers for the week of October 28 reveal that Sharon Mitchell (Letitia Dean) will make a shocking discovery. Mel Owen (Tamzin Outhwaite) has an offer and someone gets cold feet. Plus, look forward to some sparks flying during the Halloween season. Keep reading to find out what else is known.

In the upcoming week, expect Sharon to return from Portugal after being pushed out of the country by Mel. Imagine her shock when her step-daughter, Louise Mitchell (Tilly Keeper) informs Sharon that she and Keanu Taylor (Danny Walters) are planning on moving to Portugal.

However, things take an interesting turn when Mel is already firing threats at Sharon. She vents to Ben Mitchell (Max Bowden), who then shares a huge secret about Mel. It could be a total game changer.

EastEnders spoilers tease that Mel makes Ruby Allen (Louisa Lytton) an offer she can’t refuse. It has to do with the E20 club. Now, Ruby isn’t sure that Sharon will sell, but Mel convinces her that she definitely will. Of course, this is because Mel demands that Sharon follow orders.

It is also revealed that Louise will get even more excited about moving to Portugal. However, Keanu is starting to have doubts. He confides in Sharon and begs her to talk to Louise about it. He wants Sharon to change her mind. However, Sharon’s advice is for him to just play along.

Queen Vic’s Halloween party has some developments. EastEnders spoilers suggest that things might be heating back up between two characters. Sparks fly between Whitney Dean (Shona McGarty) and Leo King (Tom Wells). Later, expect the two to lock lips when they engage in a passionate kiss.

EastEnders Spoilers –  Karen Taylor Finds Out About The Portugal Move

Fans can also expect there to be concern regarding Mel’s behavior. Karen Taylor (Lorraine Stanley) will find out about the Portugal move in a roundabout way. Ian Beale (Adam Woodyatt) plan a new career and much more.

Which storyline are you looking forward to seeing the most? What do you think is going to happen in the upcoming week with your favorite characters?