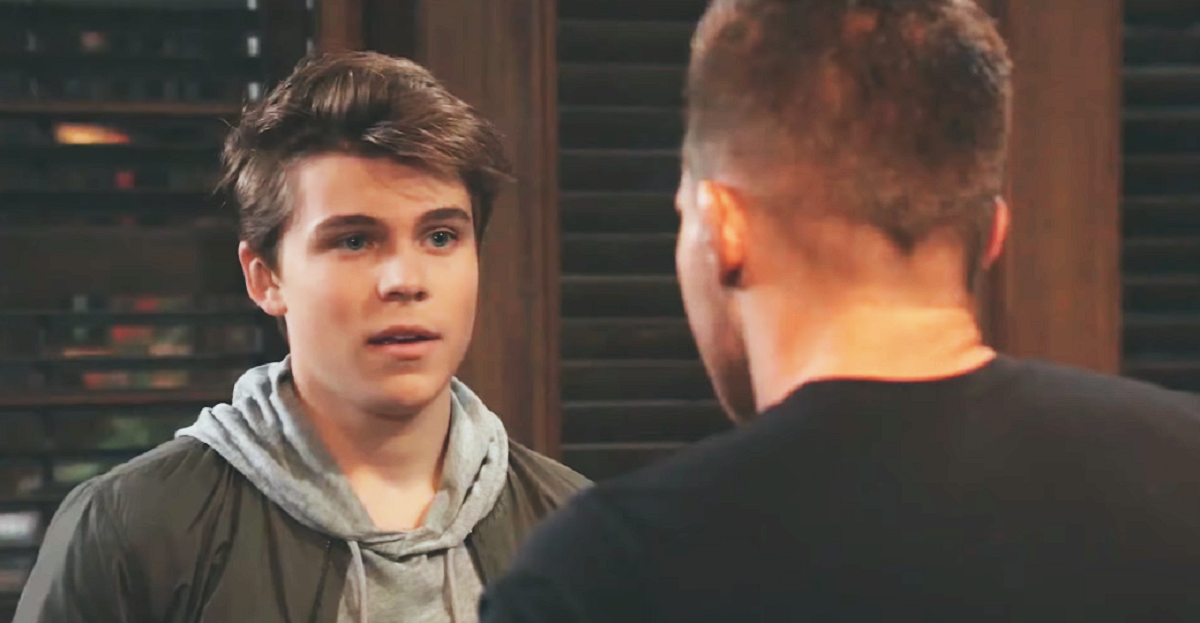 Michael Corinthos (Chad Duell) and Sasha Gilmore (Sofia Mattsson) are there as well. Nina Reeves (Cynthia Watros) and Valentin Cassadine) arrive and Nina glares at Sasha. Laura and Ava talk about last year. Valentin wants Nina to leave the party. Jasper Jacks (Ingo Rademacher) shows up and speaks to Laura at the party. Laura suggests the codicil could be a part of Helena Cassadine’s portrait.

Nina tells Sasha she Is holding her personally responsible if Cassandra Pierce (Jessica Tuck) walks. Laura thinks Helena left the portrait to Nikolaus Cassadine (ex-Tyler Christopher) because she knew he needed to neutralize Valentin. Sasha says Nina is right. Sasha says she doesn’t deserve Michael. Ava and Michael bump into each other and her gun falls out of her purse. Michael tells Ava she should not have a gun in his mother’s hotel. Laura thinks she dodged a bullet with Valentin. Valentin realizes that portrait is more valuable than he thinks.

Jason tells Cameron that the judge gave the choice to Franco, no matter who he is. Jason tells Cameron he can stick with his feeling or get over it and help the people he loves deal with it. Cameron goes inside and pours alcohol into a soda bottle.

General Hospital’s Hamilton Finn (Michael Easton) is talking to Violet Finn (Jophielle Love) at the hospital. Finn tells Violet about Roxie. Hayden Barnes (Rebecca Budig) isn’t happy that Finn has brought chocolate to Violet. Violet gives Finn a high five. Hayden gives her phone to Violet so she can watch a show. Hayden wants to know if Finn has looked at Violet’s file. Hayden and Finn talk about Violet’s condition.

Finn wants to know if Hayden would have made a different choice if she could go back. Hayden asks if Finn wants to be a part of Violet’s life. Liz interrupts Hayden and Finn’s discussion. Hayden takes Liz to Violet’s room and tells her that it is her niece. Hayden tells Liz she doesn’t know where this stands with Finn. Hayden tells Liz that Violet doesn’t know who Finn is. Hayden talks about seeing Finn with his child. Liz tells Hayden about the trial. Liz tells Hayden this all makes sense now.

General Hospital’s Jason Morgan is visiting with Carly. Avery Corinthos (Ava and Grace Scarola) has just left with Brad Cooper (Parry Shen) and Lucas Jones (Ryan Carnes) for trick or treat. Jason tells Carly about Sam’s decision to have a bench trial. Jason believes he and Sam will be ok. Jason tells Carly that Alexis isn’t happy with Sam’s situation. Jocelyn Jacks interrupts telling Carly how she lost her pink watch. Carly offers to go check for the watch. Jocelyn is more upset that she didn’t realize the watch was missing. Jason brings Carly tea. Carly is still upset over Jocelyn. Carly promises to remind Jason of this down the road. Inside, the kids get ready for the dance.

General Hospital’s Molly Lansing-Davis (Haley Pullos) arrives at Alexis Davis’(Nancy Lee Grahn) house. Alexis doesn’t answer. Molly lets herself in and finds Alexis unconscious on the couch. At the party, T.J. Ashford (Tajh Bellows) asks Jordan for her old engagement ring. Curtis Ashford (Briana Nicole Henry) tells Jordan that T.J. is going to propose to Molly. When Alexis wakes up, Molly insists on taking her to the hospital. Finn wants to check Alexis out to be sure she’s OK. T.J. is thinking about proposing and knows Molly would want a family heirloom. Curtis is thrilled for T.J. but Jordan is not happy.

Alexis says it has moved to her stomach. Finn asks if Alexis has gotten her flu shot and notices a rash on  her hand. Curtis and T.J. are surprised by Jordan’s reaction. Jordan brings up that T.J. has never dated anyone else. Jordan thinks T.J. is limiting his options. Molly calls T.J. about Alexis. Curtis demands to know what Jordan is so upset. T.J. joins Molly and Alexis. Finn sets Alexis up with an I.V. and insists she stay overnight. Be sure to tune in to catch up on everything happening on GH right now. Come back here often for General Hospital spoilers, updates, news, and rumors!