General Hospital Spoilers: Lulu Apologizes To Nina – Did She Destroy Her Life? 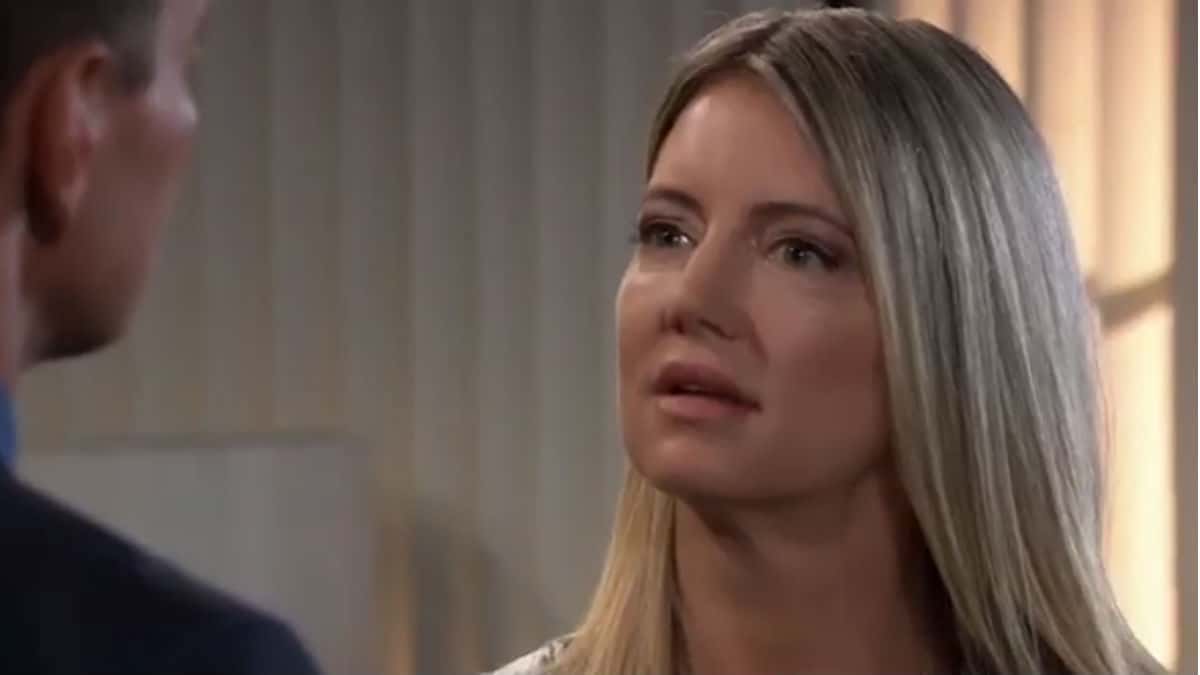 General Hospital (GH) spoilers tease that Nina Reeves (Cynthia Watros) should receive an apology from Lulu Spencer (Emme Rylan) soon. As viewers know, Lulu stopped Nina’s wedding in the middle of the ceremony to announce that Sasha Gilmore (Sofia Mattsson) was an imposter and not Nina’s biological daughter. Nina was understandably heartbroken and the ceremony was not finished, with Nina running off, leaving Valentin Cassadine (James Patrick Stuart) alone at the alter. And while Sasha admitted to her part in the duplicity, she left out that Valentin was the mastermind behind the whole scam so that he could give Nina her daughter back.

Nina reconciled with Valentin the following day. With Sasha taking full responsibility, Nina said that she believed that Valentin had taken any role In deceiving her. They reconciled with Nina returning to Wyndemere and the wedding to be rescheduled. When Spencer Cassadine (Nicholas Bechtel) sent Nina a bottle of champagne to congratulate her on dumping Valentin, he wanted to throw the bottle and Nina agreed, but she actually kept it leaving viewers to wonder if Nina is faking her reconciliation to get the goods on her husband to be,

Lulu doesn’t regret telling the truth but even she will admit that the timing was terrible. For her to make the announcement in front of everyone was humiliating for Nina. So Lulu will realize this and should apologize to Nina before long. Lulu still believes that Valentin isn’t innocent in the matter so her apology will probably also double down on that fact. But look for Nina to shock Lulu by thanking her keeping her from marrying Valentin!

Nina knows how much Lulu hates Valentin, so she will let Lulu in on her secret. As much as she wanted to believe that Valentin had no part in the Sasha fake-out, there are too many inconsistencies for him to not be involved. Nina will explain that she gave him a chance to admit his role but once again, Valentin lied. Nina knows there is no logical way that Sasha had the wherewithal to have three DNA tests doctored, done by different facilities. Lulu will be astonished and ask Nina went back to Valentin if she knows he is guilty.

Nina recently told Ave Jerome (Maura West) that she is nobody’s fool, so look for her to reiterate that here. She wants Valentin to pay and be humiliated just like she was on her wedding day. And while Nina thinks that Lulu should have handled it differently, at least she had the guts to come forward.

She will ask Lulu to keep all of this a secret, even from Maxie Jones (Kirsten Storms) until she can get her revenge. She will also ask Lulu to once again recount everything she heard during the conversation between Sasha and Leisl O’Brecht (Kathleen Gati). She may even ask Lulu to help her take Valentin down. Lulu is an investigative reporter and might be the perfect ally for Nina.

Will Nina admit to Lulu that she is faking her reconciliation with Valentin? Will she ask for Lulu’s help? Only time will tell but with November sweeps coming, you can bet there will some exciting scenes coming up. You won’t want to miss an episode of General Hospital, airing weekdays on ABC. And you can check back regularly right here for all your General Hospital news, information and spoilers!