‘The Bold and the Beautiful’ Spoilers: Brooke Done With Bridge – Unable To Tolerate Ridge’s Terrible Decisions 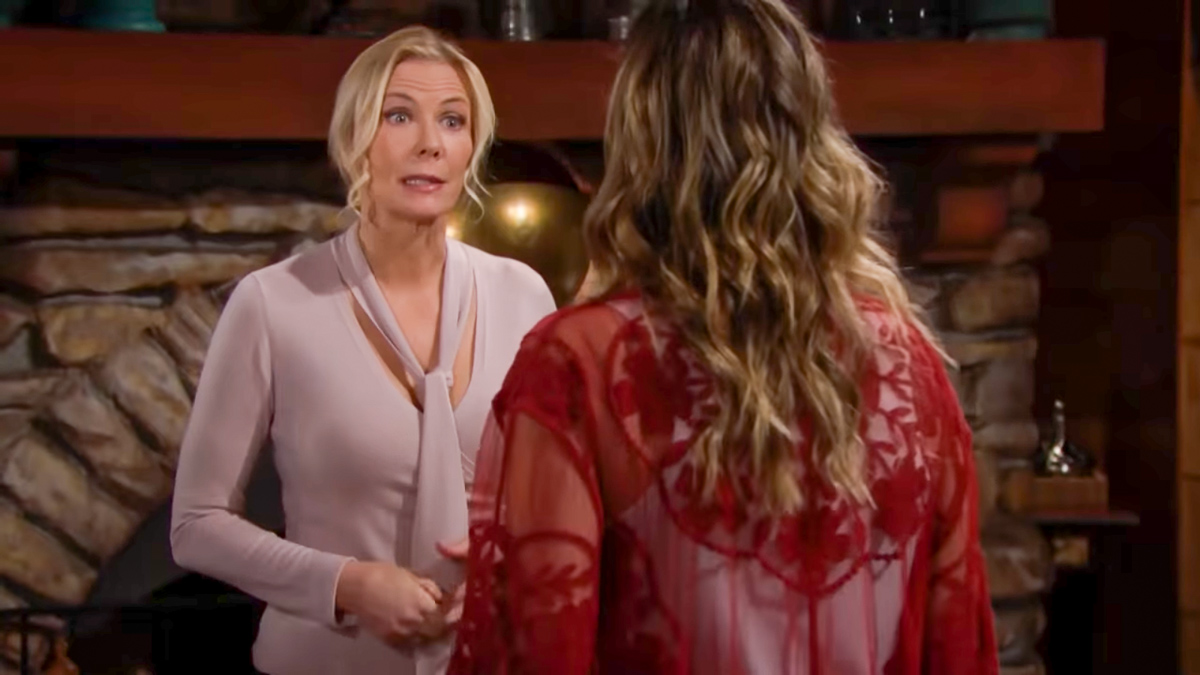 Now, after doing all that was humanly possible to make Ridge admit that Thomas Forrester (Matthew Atkinson) is an unfit parent, Brooke felt that she had no choice. No longer able to condone what’s happening, Brooke removes her rings and implies that one of B&B’s all-time multiple marriages is over (again).

Bold And The Beautiful Spoilers – Ridge Forrester Knew What Was Coming

Maybe it would be most accurate to write that Ridge should have known what consequences would be coming if he continued to stand by his son. His surviving daughter, Steffy Forrester (Jacqueline MacInnes Wood), told him that she wasn’t surprised Brooke had kicked him out following the news about Shauna Fulton’s (Denise Richards) help during the infamous Bikini Bar night.

Parental instinct has fully kicked in, with Ridge convincing himself that compassion and persistence replaces therapy and medicine that Thomas so sorely needs in order to try and overcome his unchecked mental health issues. Of course viewers know that Ridge is also covering for the crimes Thomas committed on Mulholland Drive against Emma Barber (Nia Sioux).

After everything went haywire, Shauna began hoping Flo Fulton (Katrina Bowden) could somehow gain her release from jail. Sure enough an immunity deal was offered that Ridge agreed to in order to shield Thomas from further legal scrutiny.

The door to Ridge’s heart was closed until Brooke took a strong stance against Thomas following the Beth Spencer (Madeline Valdez and River Davidson) reveal. Then, as Shauna gained information about Bridge’s increasing troubles, she sensed an in.

Ridge is increasingly persuaded by Shauna’s compliments and her overall appeal. Playing off Brooke’s perceived tension, which is actually tough love wrapped with common sense, Ridge is allowing himself to be drawn toward Richards’ charismatic alter ego.

Love wasn’t the issue in the past and isn’t in question now. Instead, it’s a matter of trust.

Ridge expects his wife to go along with his plan for Thomas and now, Douglas Forrester (Henry Joseph Samiri). Brooke simply can’t do either in good faith. So, she deeply regrets signaling that their latest union, which had been steady for awhile, appears to be broken.

Whether Thomas reveals himself as a master manipulator in time for Ridge to turn away from Shauna is an open question. But if that doesn’t happen, fans of Bridge seem to be witnessing the sad end of what should be an enduring couple.