The Bold and the Beautiful Spoilers: Brooke Pushes Custody of Douglas Even Harder – Ignores Ridge’s Warning 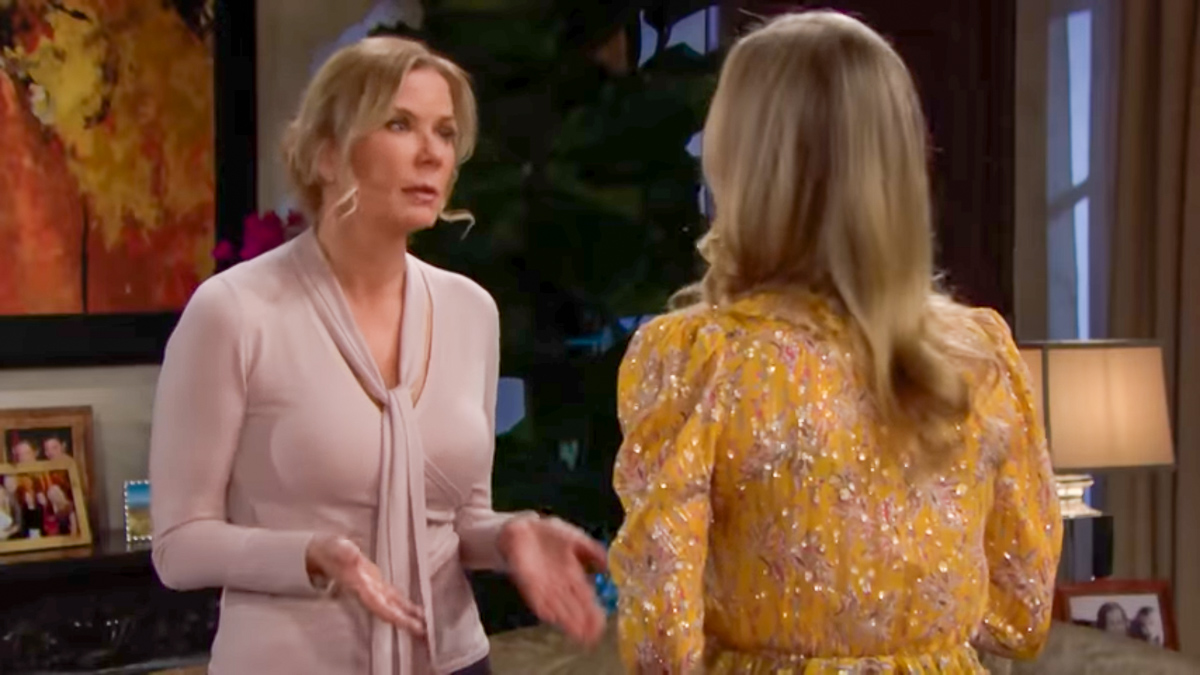 The Bold and the Beautiful spoilers reveal Brooke Logan Forrester (Katherine Kelly Lang) is pushing the custody issue even harder. This is despite Ridge Forrester’s (Thorsten Kaye) warning. Could she end up going too far, leading her daughter to lose Douglas Forrester (Henry Joseph Samiri) forever?

B&B spoilers reveal that Ridge made himself crystal clear when discussing custody of Thomas Forrester’s (Matthew Atkinson) child. Nobody was to take the little boy away from Thomas. However, it seems that certain characters aren’t listening. Or if they are, then they are outright going ahead with their plans anyway.

The Bold and the Beautiful spoilers suggest that Brooke being the mastermind behind Douglas’ adoption isn’t just about the little boy. Doing what would make Hope Logan (Annika Noelle) feel whole isn’t the entire reason, either. A lot of it has to do with revenge and getting even with Thomas.

Bold & The Beautiful Spoilers – Hope Logan Won’t Give Up

It is indicated that like Brooke, Hope isn’t giving up either. To her, it doesn’t matter what Ridge and Thomas say about the custody issue. However, Brooke being so pushy and insistent is part of what is driving Hope. Perhaps if Brooke would tell her to back off, the young woman would listen.

Unfortunately, Brooke and Hope pushing the custody issue even harder could have chaotic consequences. In fact, it is revealed that Hope will use Thomas’ feelings against him in order to get the custody papers signed. Plus, it is teased that Hope’s custody quest will put her and someone else in danger.

The Bold and the Beautiful Spoilers: Shauna Goes The Distance – Ridge Finds Comfort Now That Brooke Is No Longer Around https://t.co/C2wyXxpHdL pic.twitter.com/XCPoVGSl32

It seems that Brooke and Hope pushing forward even harder with their plans could have the opposite effect. They want Douglas with Liam Spencer (Scott Clifton) and Hope Logan. However, if they push too hard, they could end up losing the little boy forever. Is this a consequence that they have even considered? Or do they not care what happens in the end, as long as Thomas is hurt?